Japanese seismologists believe that nearly 99 percent of their predictions related to massive earthquakes in the Pacific off central and western Japan are likely to prove wrong, a survey conducted by Kansai University showed Sunday.

While the government estimates there is a 70 to 80 percent chance of a magnitude 8 to 9 quake occurring along the Nankai Trough within the next 30 years, the survey underscores the increasing difficulty of precisely predicting the timing, location and strength of imminent quakes, based on observational data. 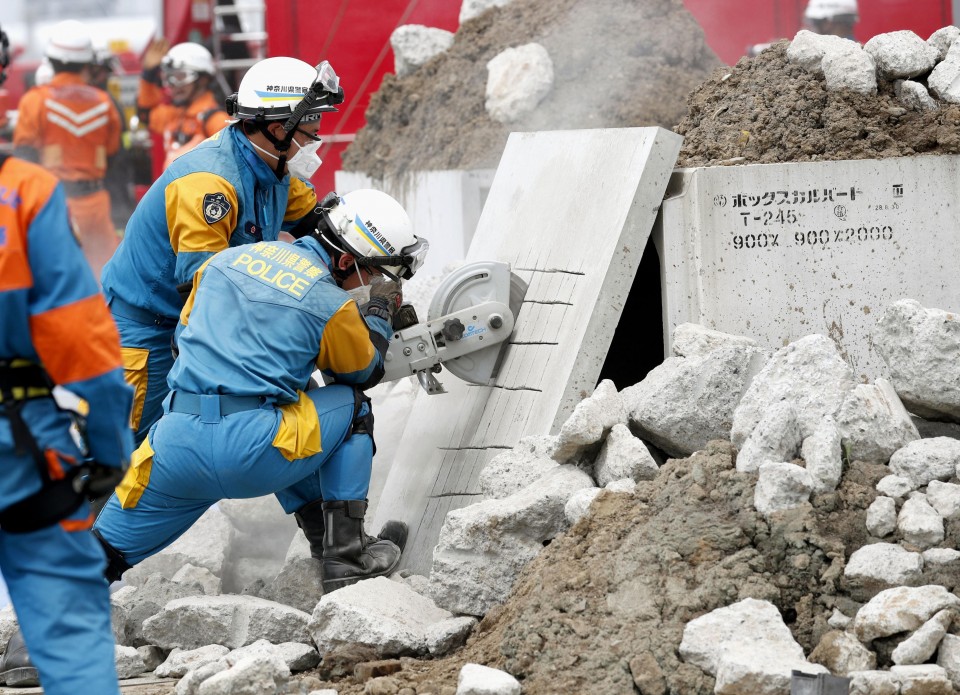 (Police officers conduct an annual disaster drill in Kawasaki near Tokyo based on the scenario of a massive earthquake originating in the Nankai Trough in the Pacific rocking wide areas in central and western Japan.)

The survey covering 138 people, including members of the Seismological Society of Japan, received responses from 90 individuals.

Respondents were asked whether the four stages necessary to release a prediction could be cleared: that there is abnormal activity in advance; that the abnormality is observable; that heightening risks could be quickly assessed; and that such an assessment could be announced immediately.

The questionnaire found an average of 5.8 percent of predictions could go all the way to release, while only 19.7 percent of those were likely to contain accurate information.

The massive earthquake in northeastern Japan in 2011 and other quakes have convinced many experts in Japan that it is impossible to predict earthquakes just prior to their occurrence.

The government has also revised its quake countermeasures policy to reflect findings based on actual quake data rather than predictions.

But Yoshinari Hayashi, a Kansai University professor who conducted the survey, said the difficulty of predicting quakes has not been fully recognized by government officials and the public.

"We should first focus on preparing disaster mitigation measures for sudden earthquakes," Hayashi said, noting it is a "mistake" to prepare for disasters based on the premise they can be predicted.

Naoshi Hirata, who chairs the government's Earthquake Research Committee, said, "I understand that expectations for earthquake predictions are high but they are currently difficult."

"Even if we don't know when an earthquake will occur, we can alleviate the damage by utilizing measures based on scientific knowledge," the University of Tokyo professor said.

The Nankai Trough extends from off the coast of central Japan to the southwest. The quake could produce massive tsunami waves, resulting in over 300,000 deaths and economic damage totaling 220 trillion yen ($2 trillion), according to a government estimate.