A prototype bullet train of Central Japan Railway Co. reached the highest speed ever for the model hitting 360 kilometers per hour, the operator said Saturday, hoping to promote it in overseas markets such as the United States and Taiwan.

It was the fastest speed for the N700S train scheduled to commence commercial service in July on the Tokaido Shinkansen Line linking Tokyo to Osaka, the company said.

Among other railway operators, East Japan Railway Co. also plans a commercial bullet train service with a maximum speed of 360 kph by the spring of 2031.

The test was conducted Friday night on a track between the western Japan cities of Maibara and Kyoto, Central Japan Railway said.

The N700S's maximum speed in commercial operation in Japan will be 285 kph, the same as currently operated models, according to the railway firm. 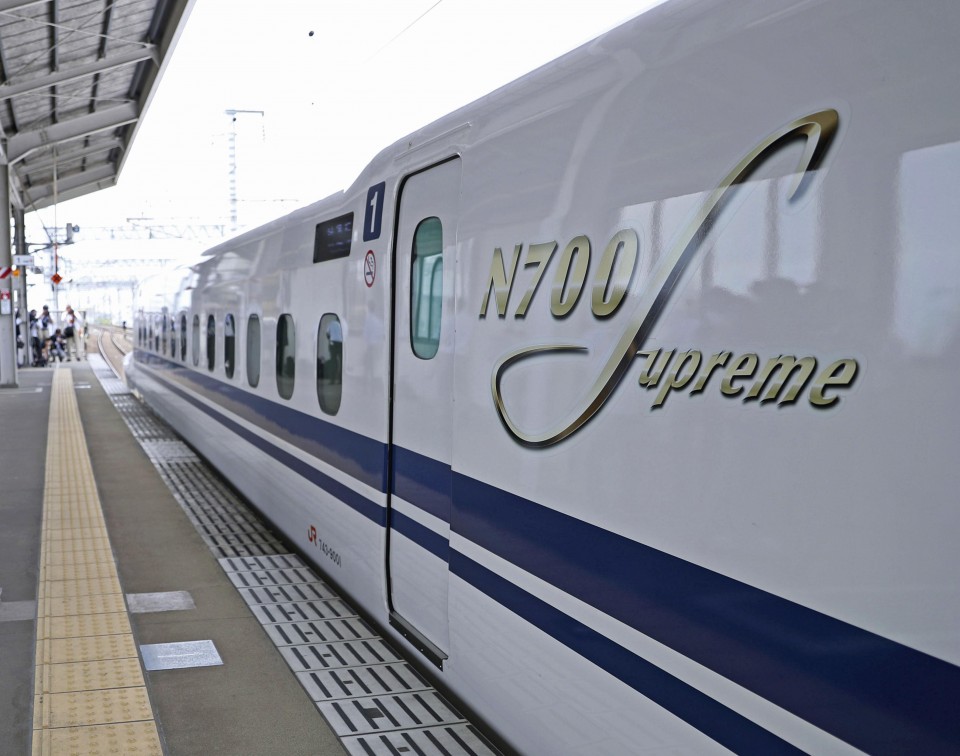