The testbed, dubbed ALFA-X, is designed to travel at 360 kph when it is put into service by the spring of 2031, according to the operator East Japan Railway Co.

Thursday's test run by JR East was the first shown to the media since the trials began last Friday. The company will continue the tests every week through March 2022 to collect data, and it is hoped speeds of 400 kph will be reached.

Thursday's test started around 1 a.m. after the company closed JR Morioka Station on the Tohoku Shinkansen Line in northeastern Japan.

The 10-car train was completed this month, costing around 10 billion yen ($91 million). 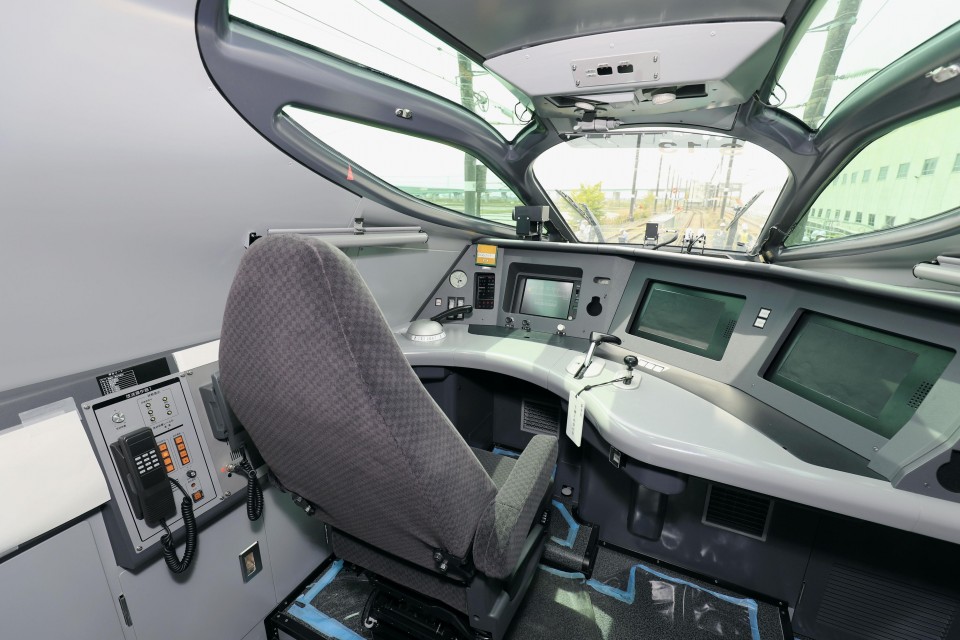 Existing trains, such as the E-5 series Hayabusa shinkansen, have noses measuring about 15 meters.

The company will also test functions to immediately halt the train or prevent derailment in the event of an earthquake as well as new equipment to avoid vehicle vibrations.

JR East is planning to introduce the train when Tokyo and Sapporo in Hokkaido will be linked by bullet train once the Hokkaido Shinkansen Line, currently operating between Shin-Aomori and Shin-Hakodate, to Sapporo, is extended.

"Tests are going well so far. We will keep working to ensure that the next-generation shinkansen has appropriate safety and environment performances," said Kazunori Koyama, a division chief of JR East's Morioka branch.