Words from "St. Paul" on The Bones, Stones and journey to Japan

Around 2012, Paul Janeway was in accounting school, working as a bank teller and on his way toward settling down and getting a "big boy" job.

But the musically inclined Alabama native -- who would not look out of place behind a desk with a computer -- still had a dilemma. When he opened his mouth to sing, people listened. Like stop dead in their tracks, do a double-take listen.

Janeway had grown up singing in church with a corresponding grounding in gospel music and a smattering of soul on the side. By his late 20s, he had already taken a crack at the local Birmingham music scene, but nothing had truly clicked.

Then he got together with bassist friend Jesse Phillips for "one last recording of the musical relationship," before taking up "real" jobs. And that's when the magic happened.

The soul-leaning band built around Janeway's voice that came out of the project was St. Paul & The Broken Bones. And it has only been upward since, including touring the United States and internationally, appearing at numerous music festivals and opening for such icons as the Rolling Stones and Hall & Oates.

Now promoting their third album "Young Sick Camellia," released last year, Janeway and The Bones, now totaling eight members, were able to check one more item off their bucket list by traveling to Japan for concerts in mid-April at the Billboard Live venues in Osaka and Tokyo.

The 35-year-old Janeway sat down to talk about his musical journey with Kyodo News Plus just prior to the Tokyo shows.

KNP: Welcome to Japan, your first time here. What are your impressions?

PJ: It's been wonderful. It's been kind of a whirlwind. I had to start writing down everything I was doing. I've been to Tokyo, Kyoto, Hiroshima and Osaka. I just want to come back now, I've kind of fallen in love with the country...me and my wife were talking about this, she left today. You know, sometimes when you travel, you just get real nervous. But it's actually been a wonderful trip. Now I'm just trying to figure out -- how do I get back here? 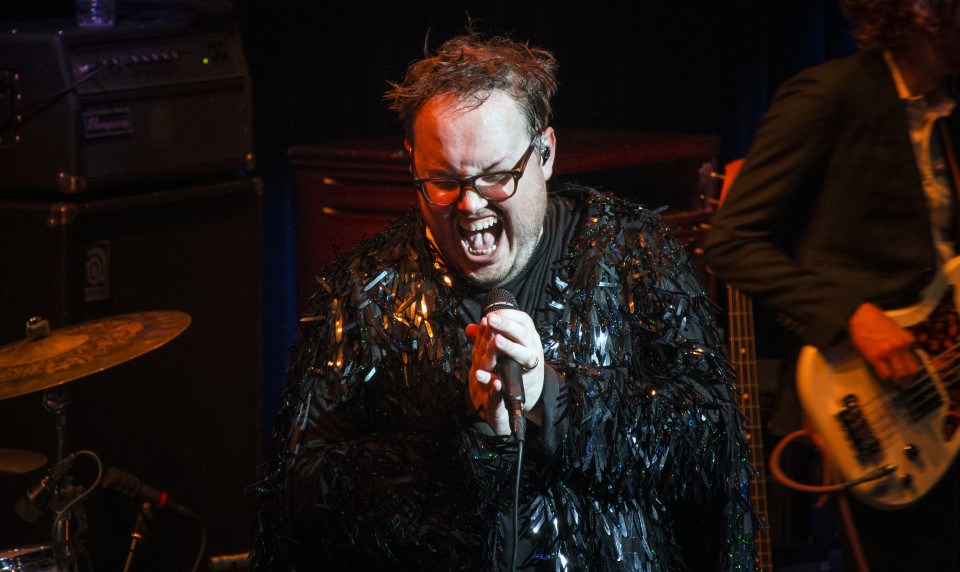 KNP: You're coming off two performances at Billboard Live Osaka. How were the audiences?

PJ: What's odd for us is doing one show like at 6:30 p.m., and then you do another show at 9:30. We're not used to that. Usually you play a show and it's over. The first crowd was very polite, very nice. And I guess the second crowd had a little bit more alcohol in them or something. It was a rowdy bunch, it was a lot of fun. They got up and they started dancing. You know, somebody told me a long time ago, do your show. No matter where you're at, do your show. Because you don't know how people will react. And so the first show, I was a little timid, thinking what if I do something wrong? And the second show, I was like, just go for it, and it worked out.

KNP: Japanese audiences can be known for their concentration and being polite.

PJ: I can appreciate that. The worst crowd is one that doesn't pay attention and talks the whole way through. You do not want that crowd. But everybody was intently listening and really polite. I was like, oh, everybody wants to be a willing participant in this. So it's a learning experience, that learning curve. It's just a lot of fun to figure that out. And it was a lot of fun last night. And tonight will be no different. I'm sure we'll figure out something. But there are times you've got to invite (the audience), and say it's okay, have fun and don't worry about it.

KNP: Let's talk about back in 2012, and you were on your way toward being an accountant.

PJ: I was, I was in accounting school. Honestly what happened was that me and Jesse, who's the bass player in this band, we had a musical relationship. I was in accounting school and I had met my wife, who was my girlfriend at the time. And I thought, well, I'm about to settle down and get a big boy job. So we were like, let's make one last recording of our musical relationship, and the first song we did was "Broken Bones and Pocket Change," which is a song we still do today. And that's when we knew, uh-oh, we're going to have to see this through. And here we are. We had a few lucky breaks, I guess, and so somehow got to make a career out of something I thought was going to be done and maybe we'd never see each other again. 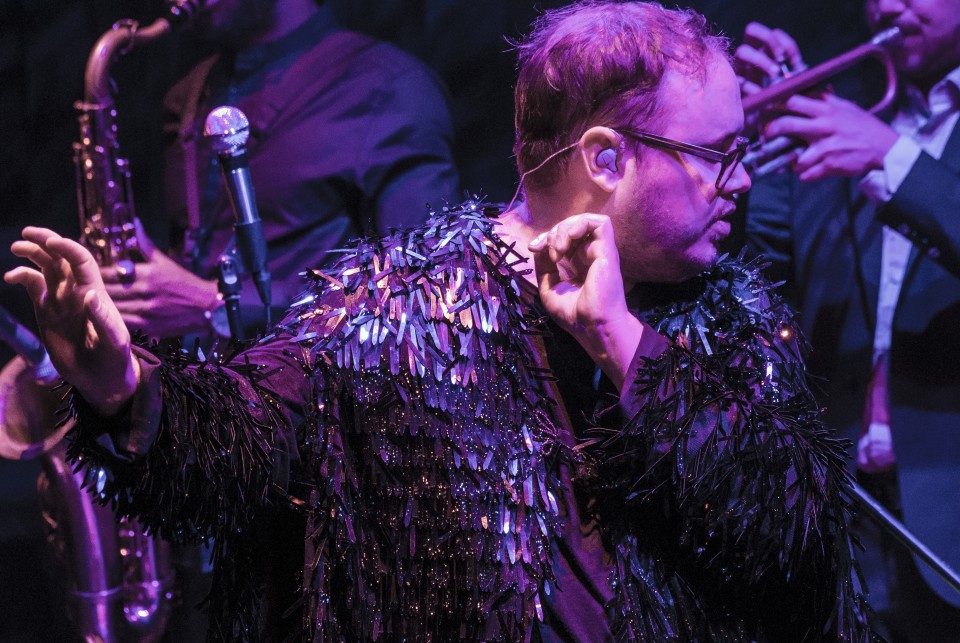 KNP: Well, it could be a long career. We recently talked with Toto's Steve Lukather, who said 43 years ago he'd never have dreamed the band would still be around and going strong today.

PJ: We've been doing this seven years and I feel the same way. I couldn't imagine rolling around on the ground 43 years from now! It's true, though, you really don't think past certain things. There was a 220-capacity room in Birmingham (Alabama). I was like, if we sell that out, that was the goal. And we did that within four months of the band. And then it was, well, now what? And what's been crazy is that the goals just change. Once you reach one, something else becomes the next thing. I never even imagined that I would travel around the world and do this. So it's been spectacular.

KNP: The band has a very unique name.

PJ: Jesse came up with the name of the band. The St. Paul part is that I grew up in church in Alabama, and I don't drink alcohol, and it was the "saint" part of St. Paul. And then the first song we wrote was "Broken Bones and Pocket Change," and the line is "all she left me with is broken bones and pocket change," so she just left me with no money and this band, and that was kind of the genesis of the name. 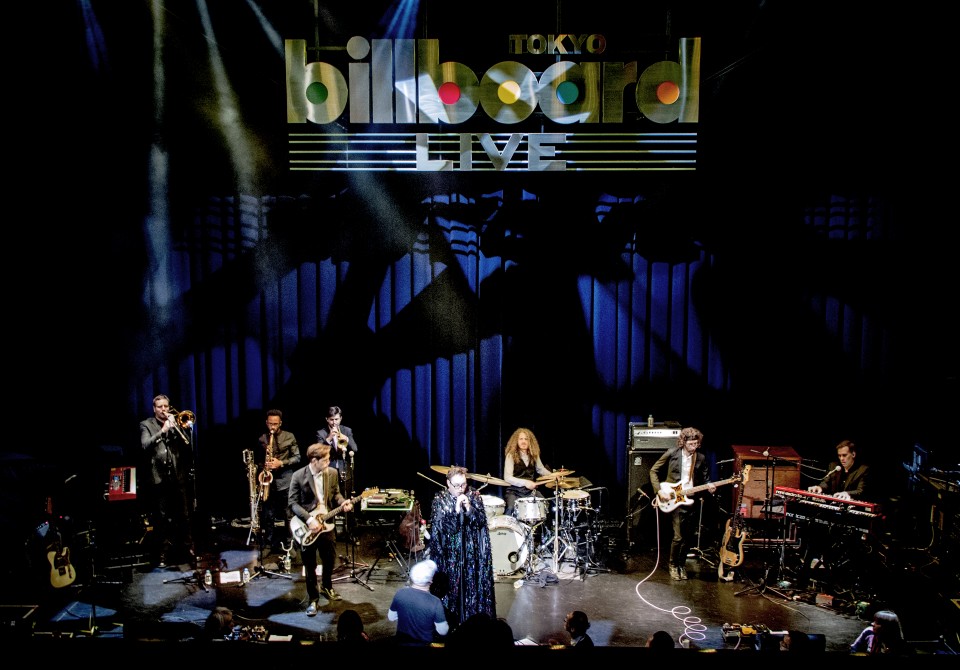 KNP: And the next thing you know, you're opening for the Rolling Stones, you're playing Glastonbury in England. How was it opening for the Stones, what did you learn on that?

PJ: It's still one of those things that you don't really believe happened. But at the same time, I was like, I want it to be the best opener that they've had. Which is a crazy list of people. To me it's like you really want to put on a show and do well. Actually we were told that nobody is going to pay attention to the set, folks are there for the Stones, but I took that as, oh no, I'm going to make them pay attention to the set! Those things are so surreal. But still, to me it's kind of like "what's next?" You do it, and then "what's next?"

KNP: About the latest album, your third, "Young Sick Camellia." I read one interview in which you said it's a slightly different twist for the band, although still in your genre. What do you want people to take away from it?

PJ: Honestly, it's like with any sort of work, people are going to interpret it how they want to interpret it. I don't really want to guide someone through that. But I do want people to go through the array of emotions, and feel like it's a spiritual experience, or a journey of some sort. Where they smile and laugh, or they cry. Or they dance. Those kind of elements, I think. And hopefully our music can be a small part of a story, or a memory. And that's the goal, I guess, in a way.

KNP: You put some audio of your late grandfather on the album. What an honor to include him.

PJ: What was really strange about all that, he passed before the record came out. We weren't expecting that to happen, I had already done (the recording). He was in his 80s, so not going to live forever. And you kind of just get some kind of feeling. So I'm grateful. But (the album) took a different tone afterward. So when I listen to it now, it has a different meaning, it's more of a memorial, something like that, than I had anticipated. Which is the intentional fallacy. It doesn't matter what you intend -- once you bring it out to the world, it can be interpreted in different ways. 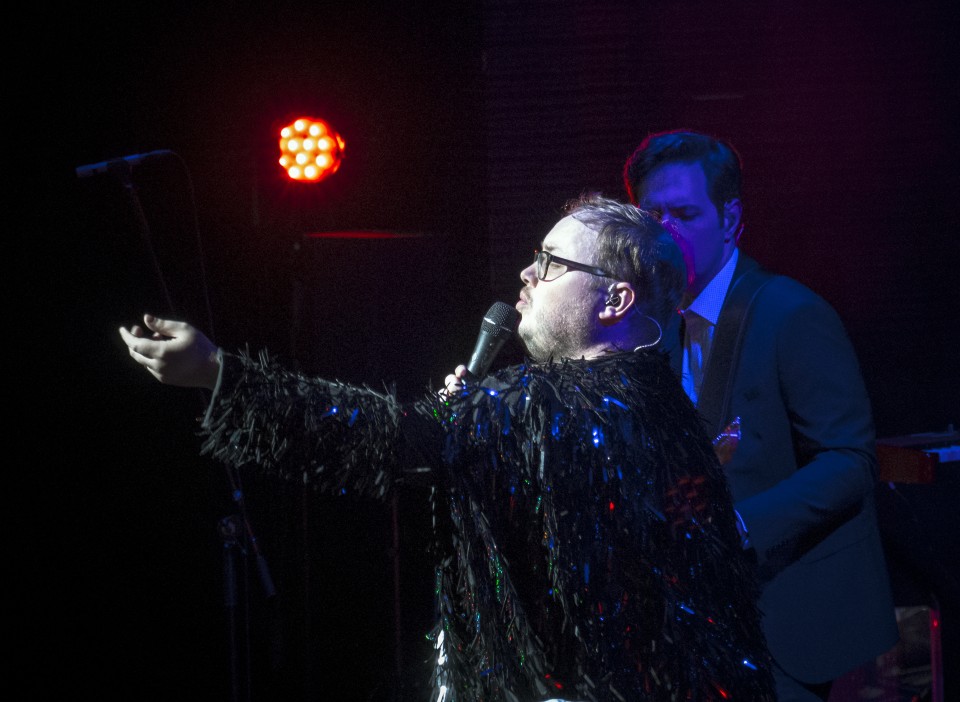 KNP: As a listener, it was pretty cool to hear that kind of homage, because everybody has family and can relate.

PJ: Right. One-hundred percent. My pawpaw grew up in Middlesboro, Kentucky, and his dad had the black lung. And I think that kind of identity is still very much a part of my dad. And I think it's still somewhat a part of me. And I think those kind of things sometimes get a little lost. For him, he always told stories. Always. It was a beautiful thing to get to record him. We were opening up for Hall & Oates. And that's when I recorded him. I remember being out in the parking lot, and I was like, "You want to do this?" He said okay. So I said alright, and that's what we did.

KNP: And you've already got music "for the next one," or the next album, I understand. Any idea on when that might be coming out?

PJ: As soon as we can get it out (laughs). You know, we tour quite a bit. And you've got to sit down with it for a second. But we're definitely in the demo stage. But we always like to be in constant motion and working. So being here, that's important. 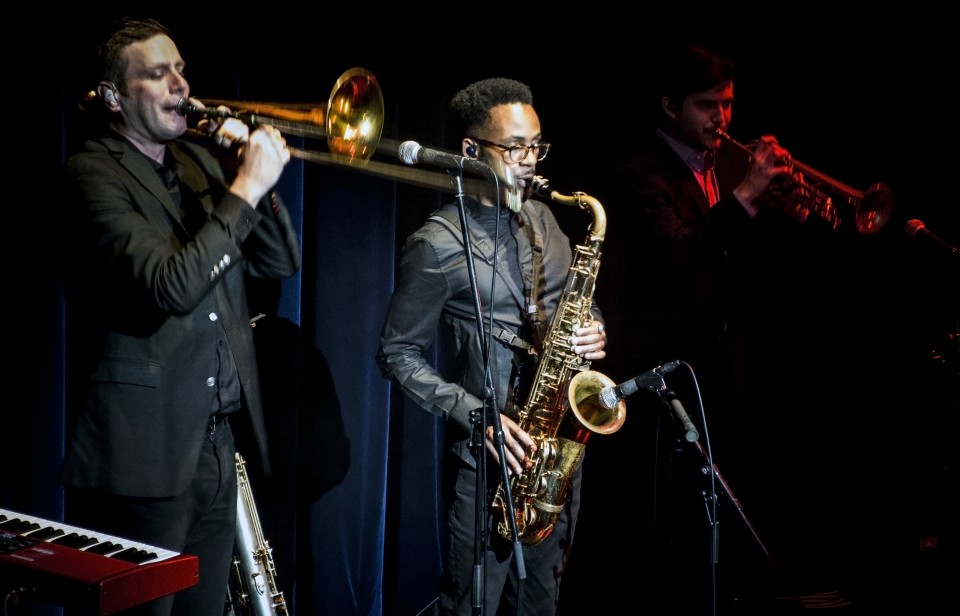 KNP: And on your music, how do you describe it? I see some people call it soul, some say neo-soul, maybe Southern Soul. Do you have a description?

PJ: I don't. I really think that genres are for record labels and PR people. I don't think that's really my job. I want to write music that moves me. I always like a good beat and a good bass line. So genres are not something I really think about. Obviously some people within our organization would prefer us to stick to a certain thing. But I don't ever look at it that way. I think that you really get to flex the band's muscle.

KNP: And after Japan, it's Australia, then back to the United States for a whole lot of dates through the fall.

PJ: Yes. Third time for Australia. And we're excited about all that. But Japan was actually the bucket-list place for me. It's the one place I said early on, "I want to play Japan." And this is the first time we've been able to do it, and it's been pretty awesome.