Nestled among the love hotels just up the road from Shibuya Station, the venue for Paul Draper's return to Tokyo for the first time in over 18 years has an appropriate air of intimacy about it.

With a capacity of around 250 people, one thing is for sure: Tsutaya O-Nest is not the wide open space that Mansun used to play to at festivals before their split 15 years ago.

Time has been kind to the Mansun back catalog, allowing the band's former front man to forge a solo career on the back of it, and return for a hectic five-night acoustic tour of Japan, accompanied by lead guitarist Ben Sink -- too hectic, as it later turns out.

Draper's distinctive high notes are showcased throughout as he intersperses Mansun classics with solo material that deserves a wider audience. 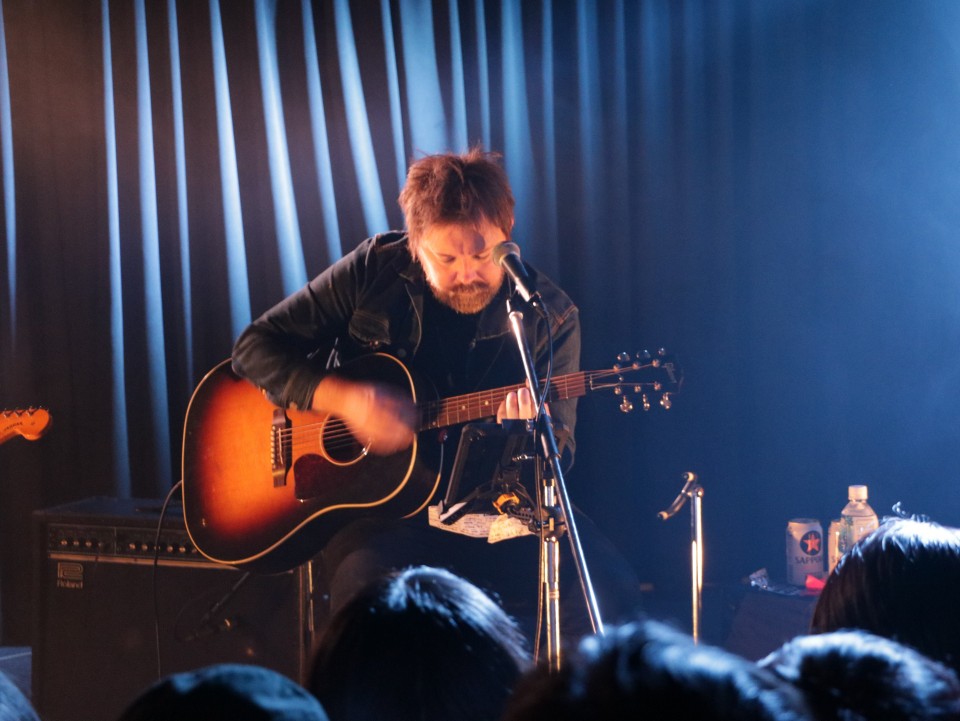 He delights the faithful with a surprisingly rocky rendition of Mansun's highest-charting U.K. single "Legacy," and the anthemic "Wide Open Space," which sit easily alongside his newer solo work such as the reflective "Things People Want," outstanding B-side "The Silence is Deafening" and "Friends Make the Worst Enemies," before the show climaxes with a full-on crowd karaoke of "Dark Mavis."

Draper promises the Shibuya crowd he will play a different set if they buy tickets for the weekend's lunchtime shows at Club Que in Shimokitazawa, after a Friday-night show in Osaka.

But the risk attached to the promoter scheduling five straight nights, incorporating a 1,105-kilometer round trip on the shinkansen bullet train -- and allowing Draper to hit a karaoke bar straight after that Osaka gig -- before catching an early train back to Tokyo on Saturday, is laid bare when he appears on stage at midday with a sore throat, barely able to get through the first few songs.

Inexplicably, and disappointingly, it is exactly the same set as in Shibuya, even on Sunday when Draper's voice is back to its sublime best.
It brings to mind the Mansun track titled "Special/Blown It (Delete as Appropriate)." Japanese fans are especially forgiving but will feel there's some unfinished business when he returns with a full-band tour of his solo material and the first two Mansun albums in their entirety, perhaps as soon as next year. 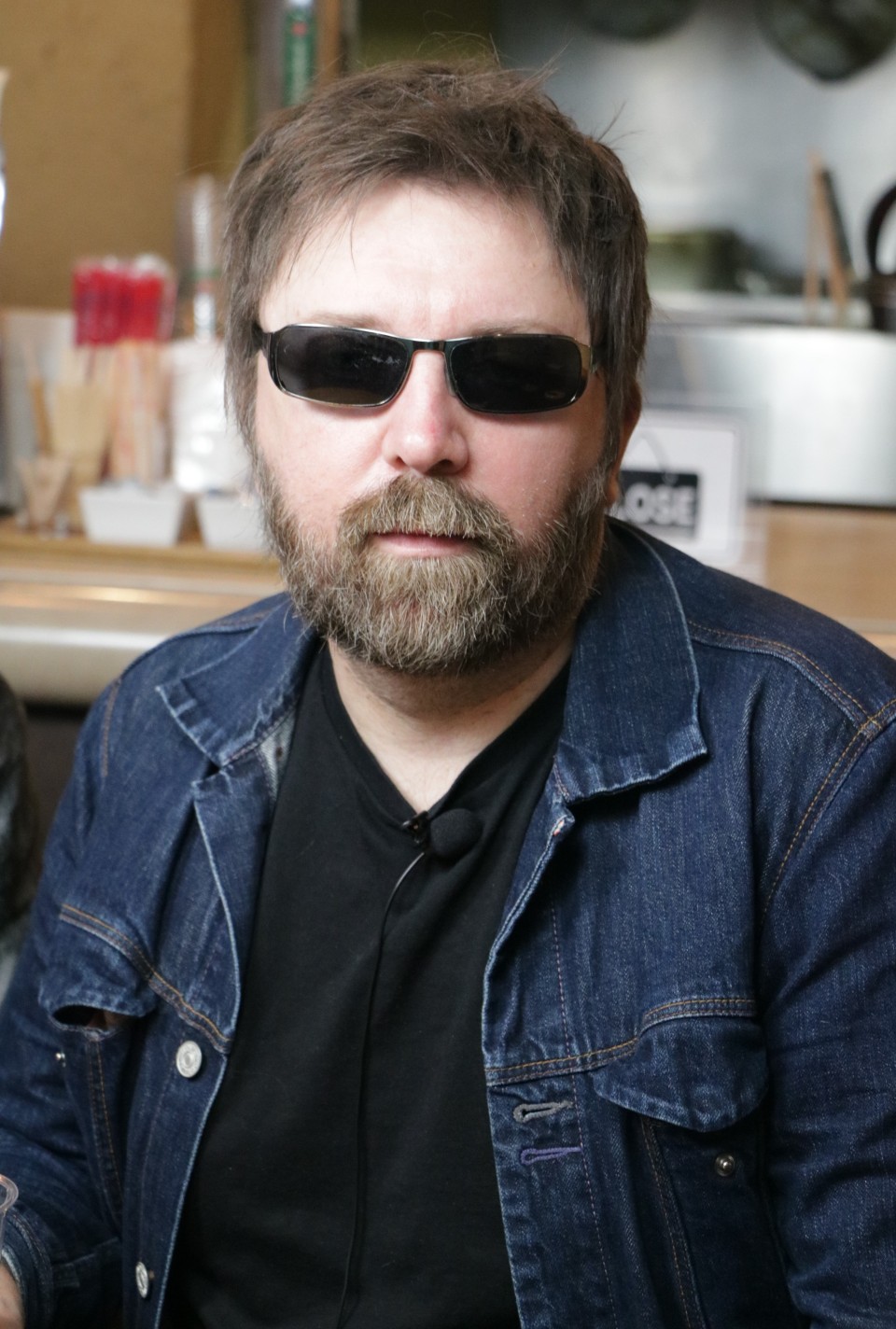 Earlier, Kyodo News Plus caught up with Paul Draper just before the second night of his five-date Japan tour:

KNP: Welcome back to Japan, Paul, after 18 years. You always speak very highly of the country, what makes it so special for you?

PD: Well, when I was in Mansun, some of the first foreign gigs we played were in Japan, so it was quite a thrill, shall we say, to going from the toilet circuit in England to suddenly turn up in Japan and be written about in the music press. We had great gigs, and loved it from that point of view, but I've always loved Japanese culture -- I eat a lot of Japanese food, I love a lot of Japanese architecture, and stuff like that. It's just a fascinating and brilliant country for me, separate from the fact it was the first country outside of the U.K. to accept me as a professional musician. So that will always be special to me.

KNP: You mentioned you love Japanese food, and we believe you have a Japanese themed-room in your home, can you tell us a little bit about that?

PD: We used to stay at an Accor hotel in Japan and it was quite 70s-style with these amazing brown and gray curtains. I got a photograph of it and took it round to a shop back home and asked them if they could make my bedroom look like a Japanese hotel room...and they did! It always makes me feel like I'm on tour. I wake up and think, 'Yeah, man.' Sometimes I wear a yukata around the house too, and I get sushi delivered at half eleven at night. 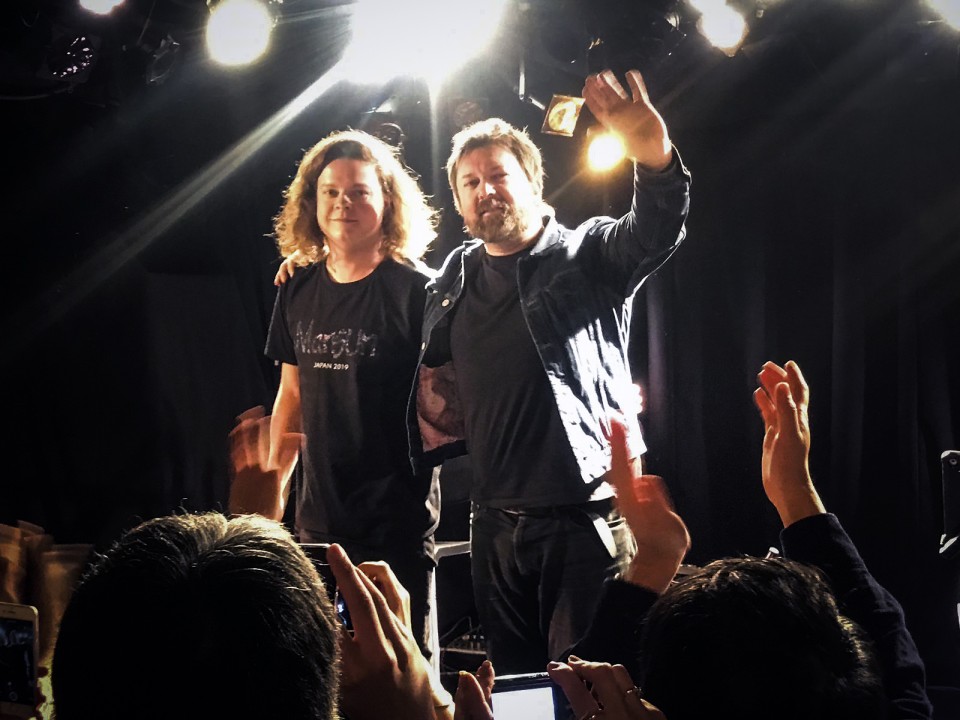 PD: There's one particular skill Japanese people have that no other people in the world have got -- you can get in your car, with Japanese people waving you off, and drive in a straight line to the next place, then when you get there, they are already there waving again, it's like, how did you do that? It happened this morning, the bloke we saw at the hotel was at the venue when we got here. We were like...have you got like a motorbike or something? And they it do on trains as well. They wave you off on the bullet train from Tokyo, and it's the fastest thing in Japan, and then when you get to Osaka they're all waiting for you on the platform. We were so impressed with the guy this morning that we put him on the guest list! It must be like there's some mad teleportation thing.

KNP: There is actually a station here called Tokyo Teleport.

PD: That might explain it! The efficiency here almost defies physics.

KNP: So we're in the home of karaoke. Have you done it here?

KNP: Give us your favorite karaoke story then.

PD: I did end up one night with the head of EMI in a fancy-dress karaoke bar, and I was dressed as Kermit the Frog, singing "My Way" (popularized) by Frank Sinatra -- it sort of makes sense over here, doesn't it? -- and someone's got a photograph of it somewhere. When you go home and tell them that, people think you're a bit weird, but it's just a normal night out over here.

KNP: We know you've got a lot of projects after this tour and the reissue of the second Mansun album "Six" this month. Do you want to talk us through those a little bit?

PD: Yep. As soon as we get back to the U.K. we're right back in the studio because I'm two-thirds of the way through my second solo album, and that will be finished and on pre-order this year. Also we're doing a full-band tour — with a drummer and a bassist — of a three-hour show where we do a full set of my solo stuff then we'll take a 20-minute interval and come back to perform the "Six" album in full for the first time, ending up at the Shepherd's Bush Empire in London. Maybe one day we'll bring that show to Japan, it would be great to do that. My main priority though is the solo album, we've got a lot of recording sessions booked in right through to the summer to finish that. Then after the U.K. tour we'll be looking at North American gigs, European shows and an Asian tour, so we're not getting much of a break to be honest.

KNP: So you mentioned coming back to Japan to play that full-band tour, including "Six," but could you bring over "Attack of the Grey Lantern" as well?

PD: Yeah, if they offer us enough! I can see that happening one day.

KNP: We know you're thinking of doing something with "Little Kix" and "Kleptomania" after all that.

PD: Yeah. The Mansun reissue series is a lot of work. Because the band ended abruptly and we all fell out, there was a lot of unfinished business. A lot of stuff is still in the archives. We'll have to sit down with the record company. We're going to finally finish the fourth Mansun album, "Kleptomania," which we released as a box set of demos, but this time we'll properly finish it, put it on vinyl and maybe a book with the story behind how it all disintegrated, in a deluxe box set. I didn't produce "Little Kix," our third album, so we're going to do my version of it — like a producer's cut — which will be radically different.

KNP: And what about the Mansun film we've heard about?

PD: In '98 we made a concert movie on old-school film stock so we've got to digitize all that, then we're going to have a very limited cinema release, premiered in London, and maybe shown in a couple of other big cities like Tokyo.

KNP: You and Ben seem to enjoy a lot of banter on stage, what’s the story behind that?

PD: It's just like a night out in a pub, which is where we met, at a jam night, so nothing's changed really, we're just getting mildly paid for it. We have a laugh on stage but we don't plan any jokes. I was an angry young man when I was in Mansun but I don't want to be an angry old man now — it's too tiring. So you've just got to think how lucky you are to be here, back in Japan. 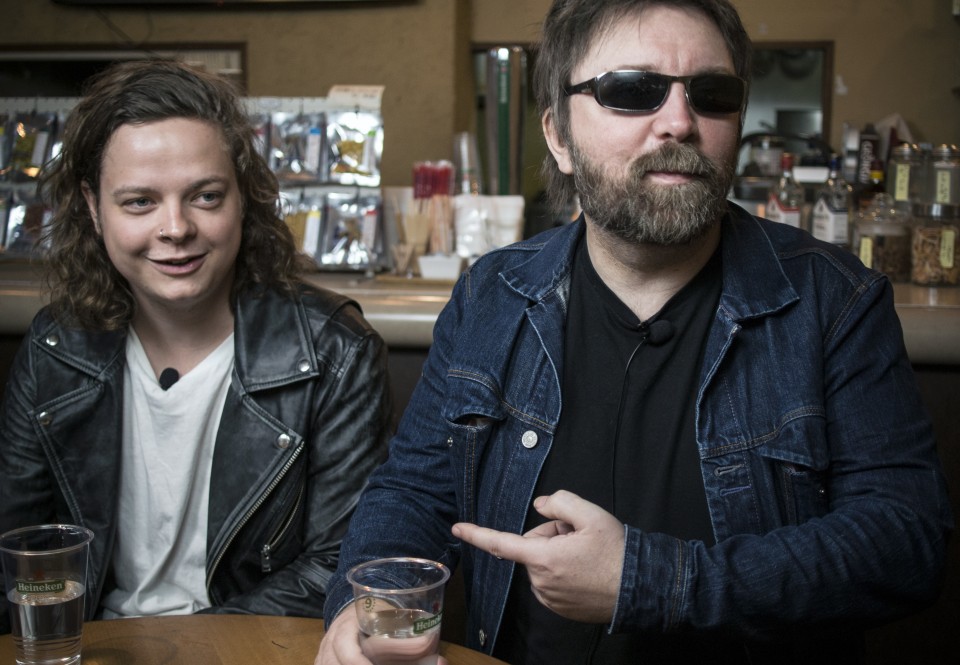