The long-running rock band Toto and their guitar wizard Steve Lukather are having one heck of a year on many levels.

Toto got out of the blocks strongly in January in Japan, the first market worldwide to see the release of their new 40th anniversary tour DVD/Blu-ray/audio set "40 Tours Around The Sun." They followed it up with an eight-show Japan swing in February, including a sold-out performance at Tokyo's famed Budokan venue, as part of their continuing global tour. Late last year, Toto put out a limited edition box set "All In" containing their discography plus a number of extras, including an EP of "Live In Tokyo 1980." 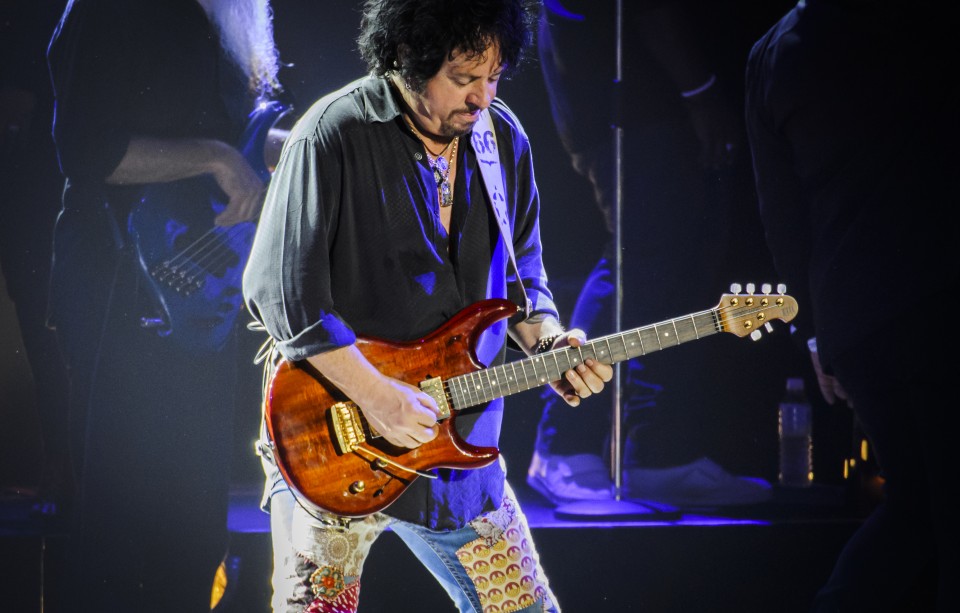 (Steve Lukather performs with Toto at Tokyo's Budokan in 2016)

As for Lukather himself, the 61-year-old saw his autobiography published last year, "The Gospel According to Luke," with translations now available in a number of languages, including Japanese, and plans are now in the works for a documentary. He also continues to tour as a member of ex-Beatle Ringo Starr's All Starr Band, moving into his seventh year.

Kyodo News Plus caught up with the busy five-time Grammy-winning guitarist for an exclusive interview by phone from his home in Los Angeles, just prior to his return to Asia with Starr's band to play dates in China and Japan through April 11.

KNP: Thanks for finding the time. You've got a lot going on right now.

SL: Seriously, I'm honored...well I was just working with (keyboard and saxophone icon) Edgar Winter and he's doing a tribute record to Johnny (his late older brother and legendary blues-rock guitarist), and it's like a whole bunch of guest guitarists, and me and Edgar have a long history.

KNP: You toured with Edgar here in Japan in about 2000 and were just back in Japan to play at Budokan with Toto in February. You mention Budokan early in your book as one of the world's great venues.

SL: It was a legendary venue when I was a kid. Actually the first time I heard the Budokan name was Cheap Trick. And on the back of the Deep Purple record, it was like where is Budokan? Where is that? It was like those mythical places you read about on the back of records. You get there and you know it's a big deal to sell it out, especially for us, as a band that's been around as long as we have, to bring in that many people without having a No. 1 record (just now), you know what I mean? Our fan base is 43 years old now, and they've kind of grown up now, they have families and the kids come. I don't know, the people just kind of like us and they've always stayed with us. Japan's always been a mainstay for us and one of my favorite places on Planet Earth.

KNP: That comes through in your book.

SL: I think it does, I have a deep love affair with the people. I have friendships that have lasted from 1980 to the present day, people who are dear friends of mine...there are a handful of us that consider Japan a second home because we go there so much, I can go do jazz fusion, I can do Toto, I can do solo stuff, I can just visit...and just having the people hang in there with us and be totally supportive for all we've done all these years. When you start a band, look at our heroes, the Beatles, they were eight years. Think about that, 1962 to 1970. They did all that in eight years. Changed the frickin' world. Now we got 43 years in man. That's insane. I'm in my 60s and I'm still doing this and I still feel like a kid doing it. There's still more to do. You know I'm doing a documentary based on my book, sort of the story of the studio guys that came after the Wrecking Crew (famed studio musicians of the 1960s and early 1970s). And I'm your host and demented guide to the unknown, Steve Lukather. I love that! I'm writing my own headline or whatever it is.

KNP: We just may use some of that. And the documentary, that's some news!

SL: Well I'm really proud of (the new book), and like I said it's leading to a documentary, the guy who did Bruce Springsteen's, Nigel Cole, is directing it, and Sony's funding it, so it's gonna be a big deal. It's going to take me a while but I'm very honored. Yeah, and you heard it first. They came to me, I didn't go searching for it.

KNP: And there's a Japanese version of your book. 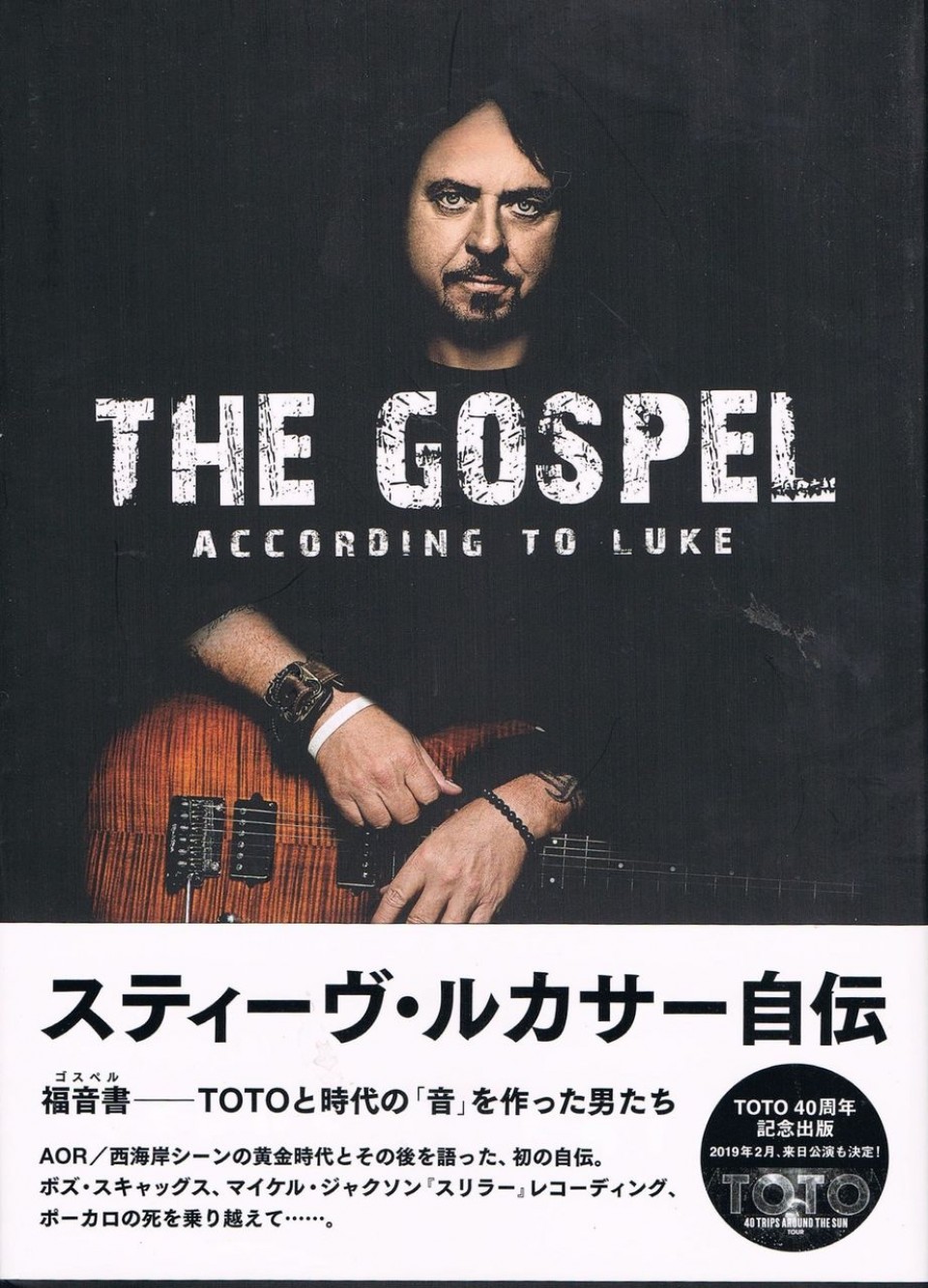 SL: Yes! That's a funny one for me. I had an Englishman help me with the book, Paul Rees, a great writer, he did Robert Plant's books, and a bunch of other really cool stuff. I chose him for a particular reason. Now he helped me for two years put this whole thing in some sort of order, telling my story in 300 pages, or actually 700 pages at the time. And he just said we can't put a book out 700 pages, a first-time guy, nobody's going to buy it. So a lot of great stuff had to hit the floor. So anyway, it came time for the release, and they wanted a Finnish one, they wanted a German one, I'm pretty sure Spanish, and Japanese! I said a Japanese version, they're going to cut out all my swear words, and it's not going to be funny, the sarcasm, how are they going to get them to understand that written in Japanese.

But the point is, I'm like wow, Japanese, how are they ever going to translate this? And I have a lot of Japanese friends who speak fluent English, and they said I'm going to check it out. And they said somehow they managed to keep my personality in it. Warts and all. Because I am the way I am. Now I can say I'm an eccentric old guy. Before I was just an idiot, but I can justify it now somehow, after I turned 60. I'm gonna be 62 this year, this is killing me, I gotta slow down! But I've heard from my friends that the Japanese translation works, and I've heard that it's actually selling, people are buying it. 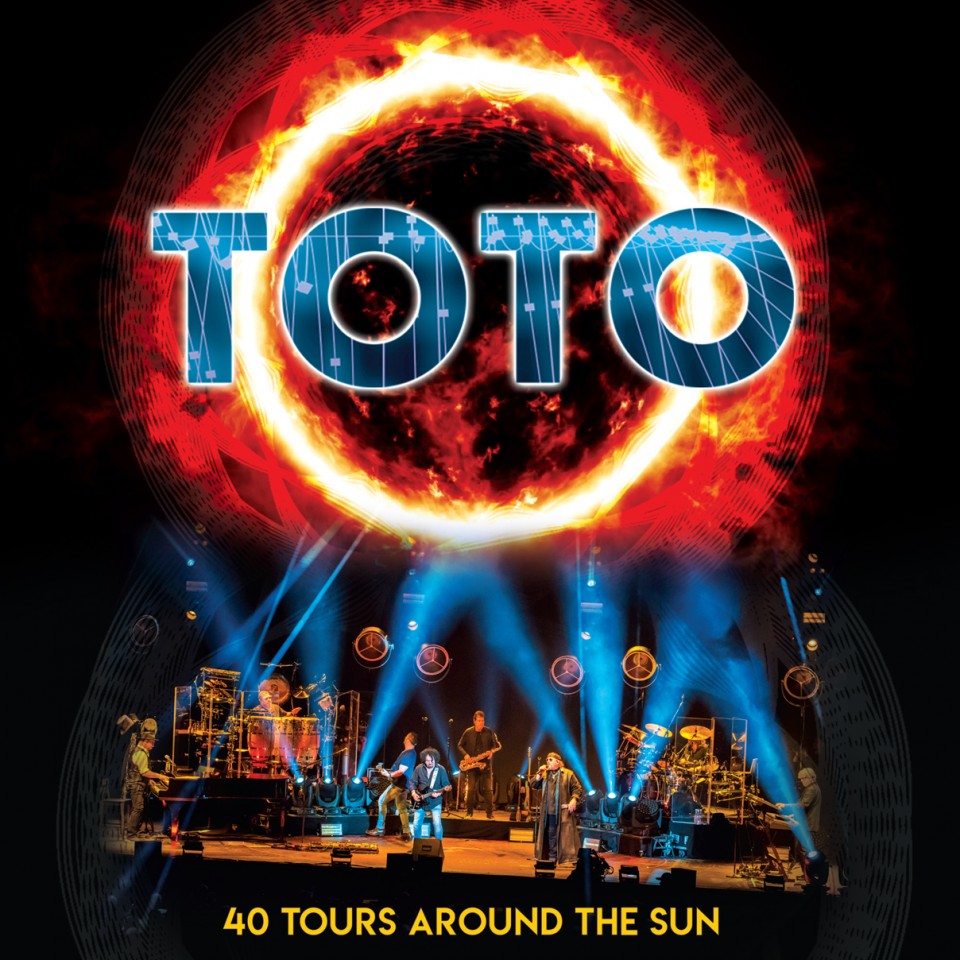 (40 Tours Around The Sun CD cover)

KNP: Let's talk about the DVD, it was out first in the world earlier this year in Japan. So how did that come about?

SL: There are a couple of reasons. First off, we love Japan. A lot of times Japan will want to go early for one reason or another. It's always been that way, the bonus track thing, it all started in Japan, it makes Japan special...we went to Japan first this year, they were really hot on getting the DVD out there, it's done really well, we sold a ton of them at the gigs, it's charting really well there and great reviews. It's coming out in the United States last, but that's okay, we will get it out...and God bless (the fans) man...for them to spend their hard-earned money and time, and make it all work for their schedule to come see us, we've got to deliver. 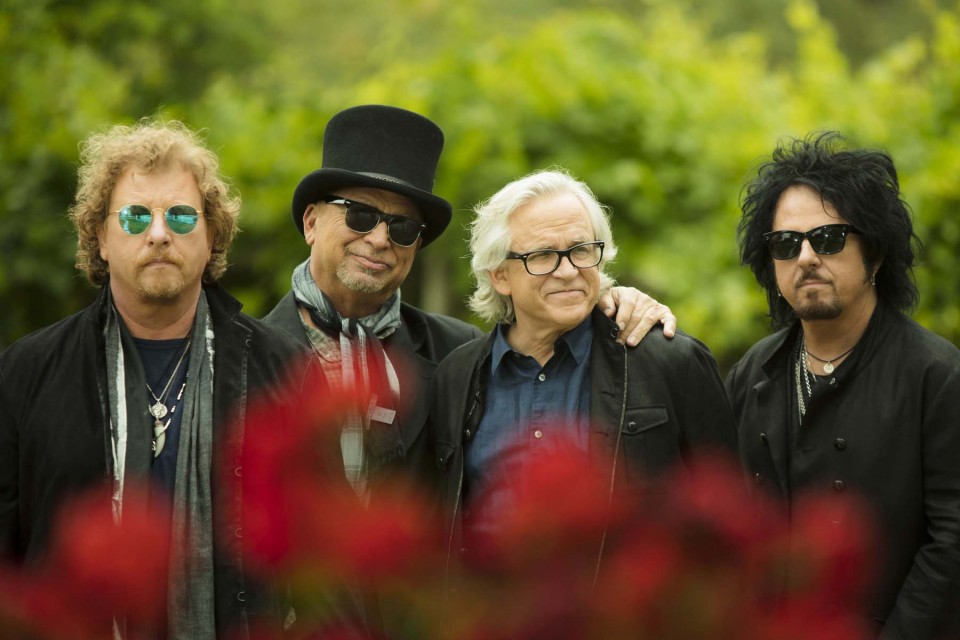 KNP: Talk about your relationship with (famed Japanese music promoter) Mr. Udo, you credit him with a lot.

SL: I adore this man. Udo-san, man, the most gracious host of life. I was just 23 years old, and there I was in Japan. The place before it was really Westernized. Really old school. I almost want to apologize to the Japanese people (as an American) for ruining it...it kind of bothers me to see it so Westernized. There was a charm and innocence and beauty and soul to it. Now we've kind of made every city in the world generic American...One of the most moving moments and hardest moments for me was when I visited the Hiroshima museum. Any American needs to walk through that. It's very humbling to see that and then you see some of these 90-year-old Japanese people looking at you like, "See what you did to us." I'm looking back with a tear in my eye, trying to explain that I wasn't even born yet. My father got bone-marrow cancer from cleaning up Nagasaki when he was in the Marine Corps as a kid. He died from that. He saw some horrors that he said, man, can't even talk about it with you. 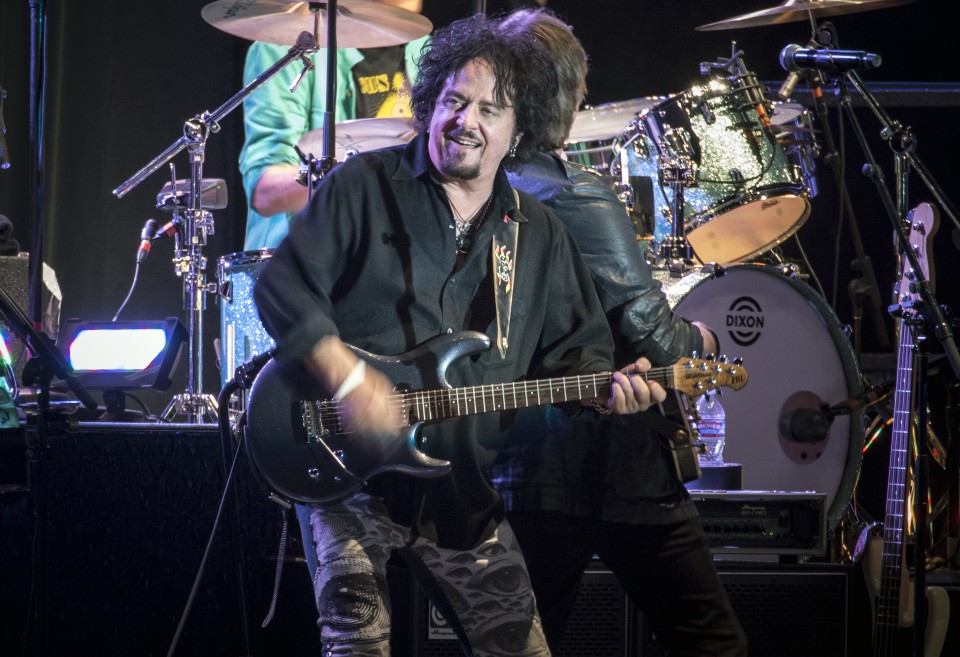 (Lukather performing with Ringo Starr's All Starr Band in 2015 at the Sonoma Music Festival in California.)

KNP: And now you're going to be back in Japan with Ringo's All Starr Band.

SL: I was just having dinner with Ringo last night. These are my friends now. It's a very strange thing. And I'm going on seven years with him...we have the best time. We're buddies now, everybody's pals. It's a joy to go to work. There's no pressure for me. I just get to be the guitar player, and be Ringo's pal. And all the guys. We eat together, we hang together. No ego trips. It's all one big happy family...I do it for the joy, it's actually a vacation for me. I can do all my Toto business and stuff as a manager from anywhere in the world. If I have a desk and a computer, I'm rockin', it's fine. And a telephone. So I can conduct business as if I was home. And I get to play with Ringo, and be treated like a king...the only thing that's a drag is not being with my kids. But now we got FaceTime and they can see me and talk with me every day. What can I say, it's what I do. 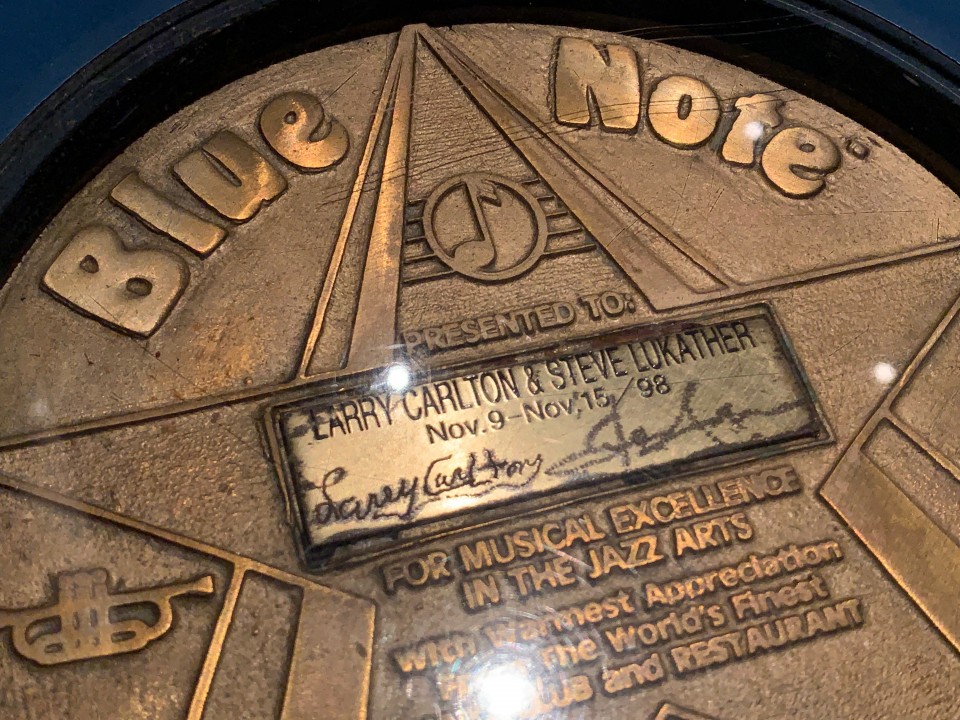 (A Larry Carlton-Steve Lukather plaque at Blue Note Tokyo. The guitarists toured together in Japan and later won a Grammy in 2002 for their album "No Substitutions: Live in Osaka.")