TEPCO finds some debris in Fukushima reactor could be removed

The operator of the disaster-hit Fukushima Daiichi nuclear power plant said Wednesday its latest probe has found that debris inside one of the reactors can be lifted, raising hopes for progress in its bid to remove melted fuel and decommission the complex.

Tokyo Electric Power Company Holdings Inc. made the announcement following its first attempt to use a remote-controlled probe to touch the fuel that has melted and accumulated at the bottom of the No. 2 reactor since the nuclear crisis hit the plant in March 2011.

During the around eight-hour examination on Wednesday, TEPCO inserted the probe, equipped with a camera, radiation meter and tong-like grips to hold objects, through a penetration hole that provides access to the primary containment vessel. 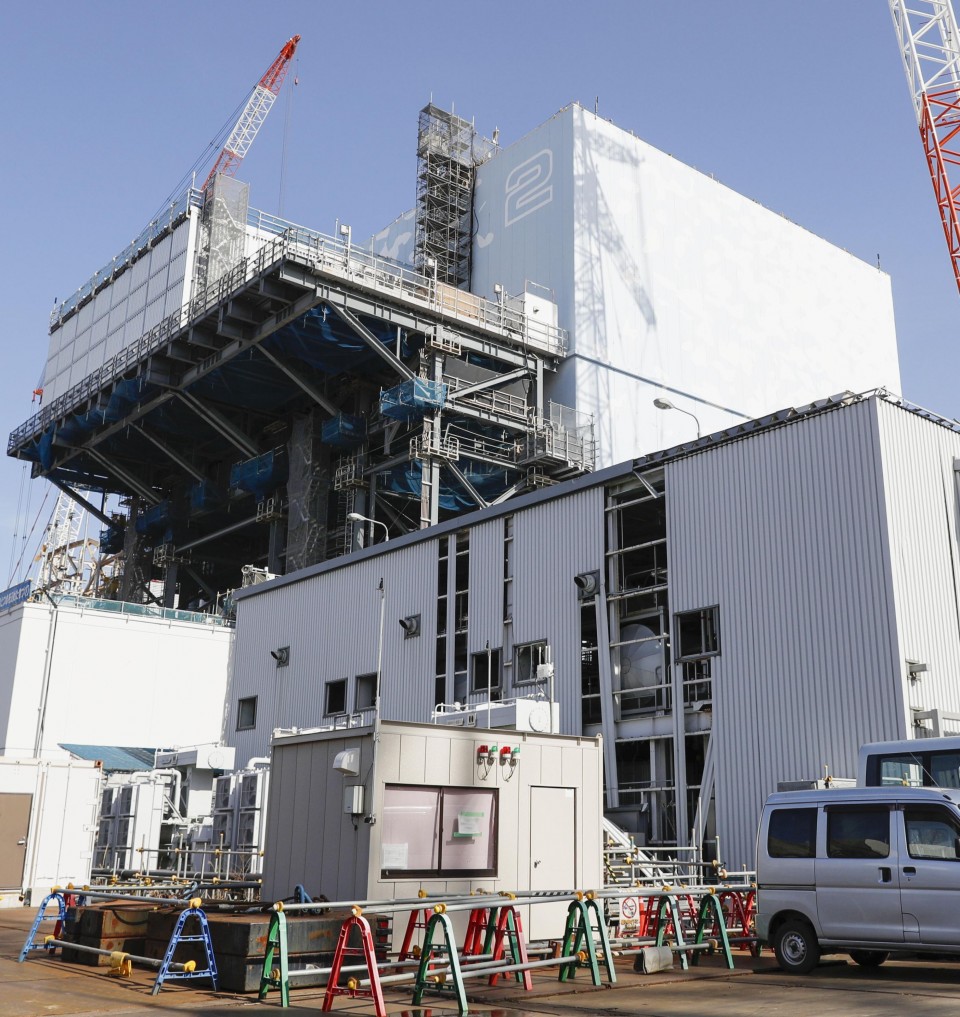 Of the six locations that were surveyed, the probe, which is 30 centimeters tall and 10 cm wide, successfully moved gravel and a stick-like structure in deposits in five areas. The tong-like grips were able to lift up to 5 cm of some of the deposits, according to TEPCO.

In the remaining area that resembled clay, however, the probe could not pick up any of the deposited material, indicating it was relatively hard.

"As we have found that we can move (the deposits), we proved that extracting fuel debris is possible. But for objects that cannot be grasped, we need to develop new equipment," TEPCO spokesman Katsuyoshi Oyama said in a press conference.

In the latest examination, TEPCO focused on checking the nature of the deposits and did not remove a sample. The plant operator plans to extract several grams of a sample of the fuel debris from the No. 2 unit in the second half of the fiscal year starting April.

The findings of the examination, including whether fuel debris is in a condition to be easily extracted, will provide important information for decommissioning the Nos. 1 to 3 reactors, which is expected to take decades to complete.

Details of the fuel debris remain largely unknown because examinations of the three reactors that suffered core meltdowns are not easy due to the extremely high radiation levels.

Under the decommissioning road map, TEPCO and the Japanese government will decide from which reactor to start removing fuel as well as the method of extraction within fiscal 2019. The actual removal is expected to start in 2021.

The TEPCO official said at the press conference Wednesday that he cannot say from which reactor the fuel removal will start. But the No. 2 reactor has apparently become a leading candidate. 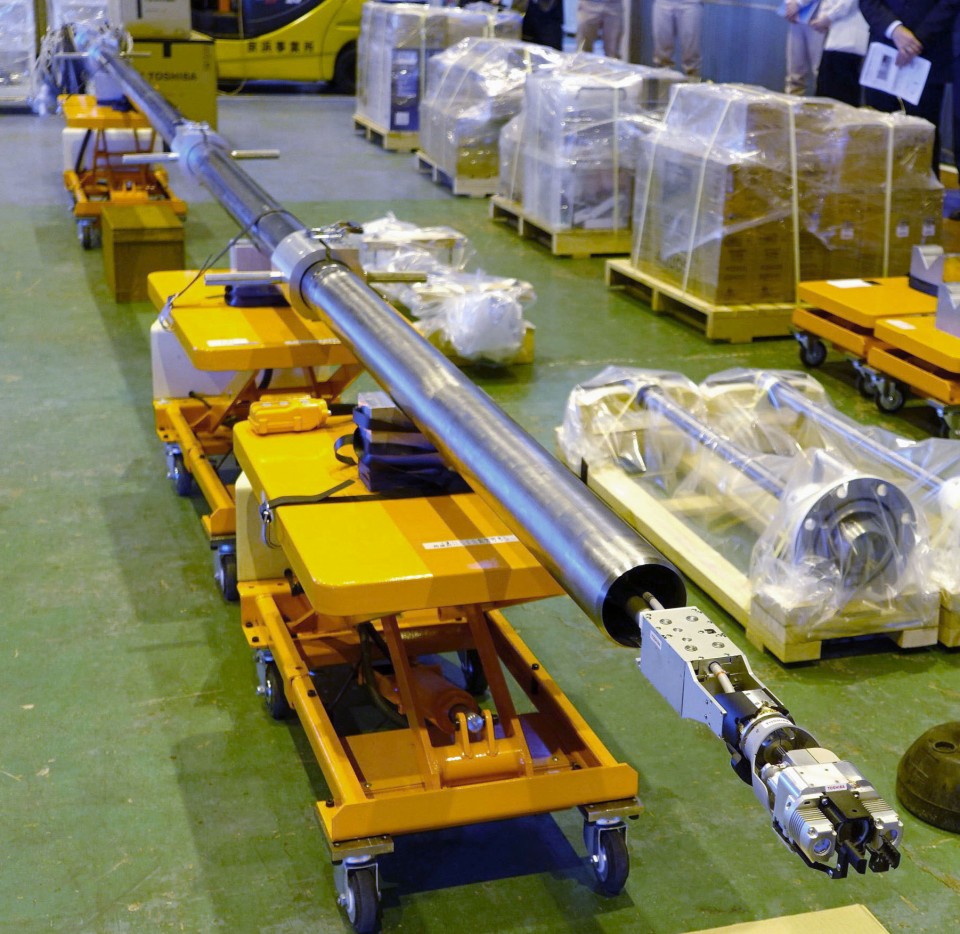 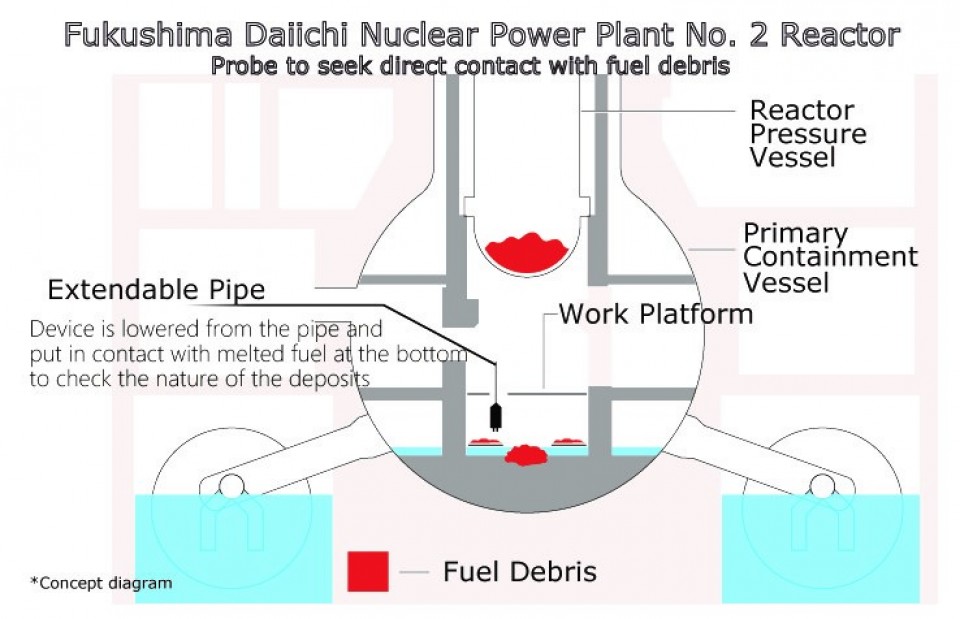 The No. 2 reactor was in operation when the crisis began and some fuel has apparently melted through the reactor pressure vessel, a container that is supposed to hold the fuel, and accumulated at the bottom of the outer primary containment vessel.

Among the three reactors that experienced core meltdowns, the reactor building housing the No. 2 unit did not suffer hydrogen explosions. The radiation levels near the No. 2 reactor containment vessel are also estimated to be lower than others.

Massive fuel, which is also mixed with nearby structures to form debris, is believed to be left inside the three reactors. The amount of such fuel debris is estimated to be around 237 tons in the No. 2 reactor alone and 880 tons in all the Nos. 1 to 3 reactors.