Japanese cities having a large foreign population on Tuesday urged the central government to offer more assistance as the country will start accepting more workers from abroad in about two months under a new visa system.

Chiefs and representatives of 15 municipalities with an especially high concentration of citizens from South America and elsewhere gathered for their annual meeting to discuss with Japanese government and immigration officials how best to live together with foreigners.

"We'd like to ask the state for financial assistance," said Toshiaki Murayama, mayor of the town of Oizumi.

Foreign nationals make up about 18 percent of the town's population, and the mayor said it is important to provide sufficient Japanese language education to help prevent foreigners and their children from falling into poverty. 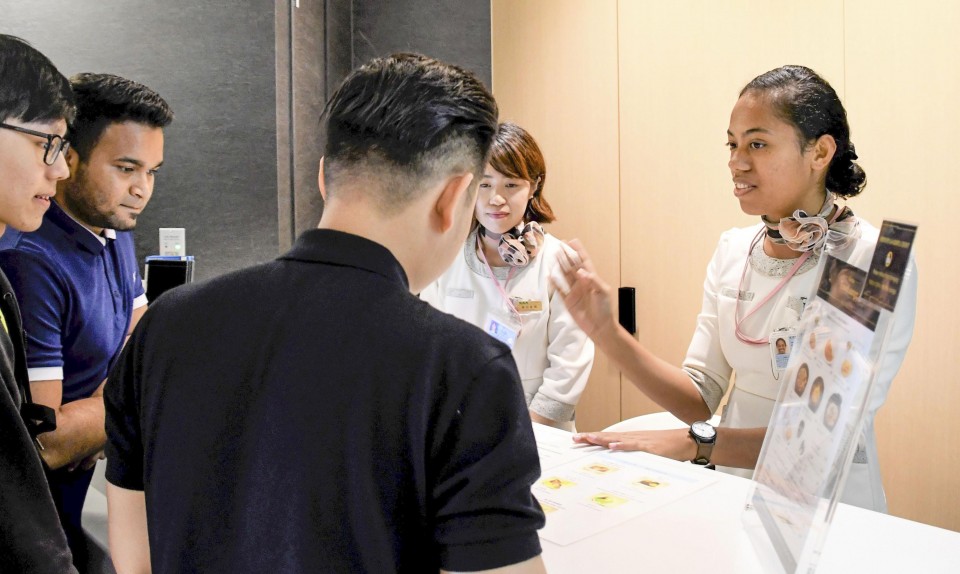 At the gathering in the city of Ota in Gunma Prefecture, which was held after Japan revised its immigration law last year, other leaders of local governments also said there are limits to what they can do by themselves.

Hamamatsu Mayor Yasutomo Suzuki said it is necessary to set up a special agency tasked with dealing with all issues involving foreign nationals, and also called for paving the way for them to eventually settle in Japan even after first entering the country with a visa that only permits staying for limited years.

The new visa system to start in April is aimed at attracting foreign workers into Japan's labor-hungry sectors. It covers 14 sectors, including construction, farming and nursing care, which are identified as suffering from labor shortages amid an aging population and falling birthrate in the country.

The introduction of the system represents a major change for the country which had effectively granted working visas only to people with professional knowledge and high skills, such as doctors, lawyers and teachers.

The change has raised concerns among municipalities which think the government's scheme lacks specific measures to ensure proper working and living conditions for them.

The central government plans to set up about 100 special consultation service centers across the country for providing information, but the project has drawn a backlash from municipalities as it has left most of the decision-making to them.

The number of foreign workers in Japan tripled over a decade to a record-high 1.46 million as of October, marking the 11th straight year of increase since comparable data became available in 2008, when it stood around 486,000, according to the labor ministry.

Under the new visa system, Japan will accept up to around 345,000 over the next five years.

Without taking into consideration the expected influx of workers, a labor ministry panel forecast that the country's workforce could drop 20 percent by 2040 from 2017.