Prince Fumihito has adopted a strict stance over the postponement of his daughter Princess Mako's marriage with university boyfriend Kei Komuro, asking Komuro's family to resolve outstanding financial issues if they want the wedding to go ahead.

"If the two still have feelings for marriage, there should be responses accordingly," Prince Fumihito, the younger son of Emperor Akihito, said at a press conference held before his 53rd birthday Friday. 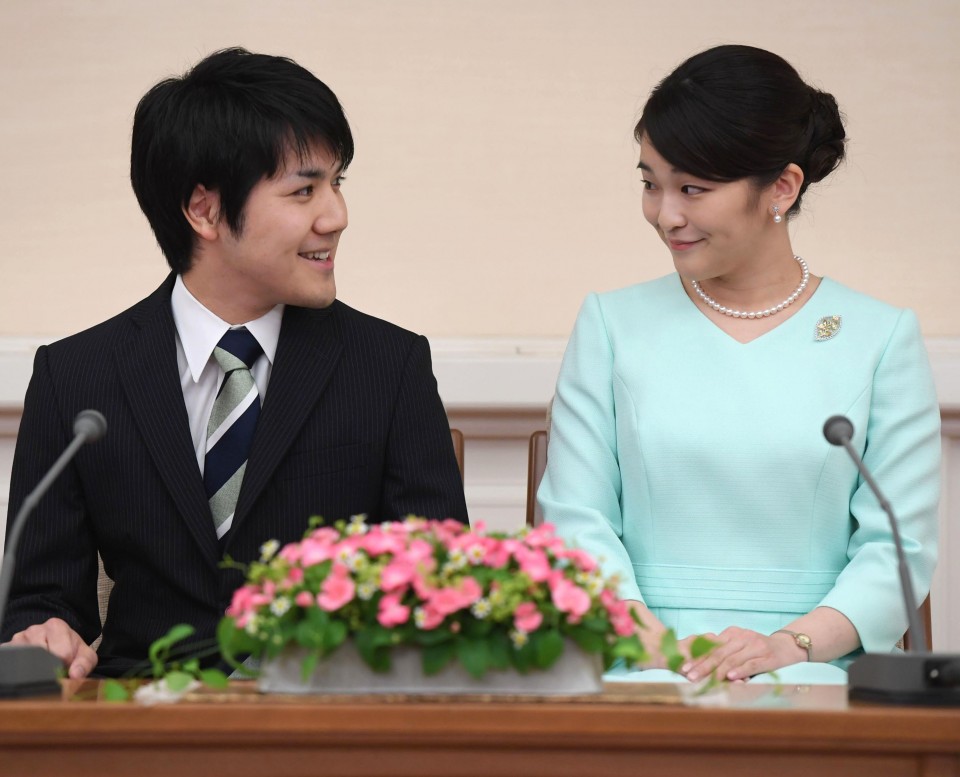 The Komuro side "needs to clear the issue," Prince Fumihito said of the financial dispute hanging over the family, asking them to make their explanations publicly.

"If (their marriage) cannot be celebrated by many people, we cannot hold the betrothal ceremony of "Nosai no Gi," which was originally scheduled to take place on March 4, this year.

In September 2017, the couple announced their engagement after receiving the emperor's blessing and said their wedding would take place on Nov. 4, 2018.

But the Imperial Household Agency said in February the couple would push back the schedule until 2020, with the princess saying through the agency she "came to recognize the lack of time to make sufficient preparations."

The abrupt postponement followed a string of reports that Komuro's mother is involved in a dispute over money, including her son's educational expenses, which her former fiance shouldered.

Meanwhile, Komuro, a paralegal at a Tokyo law firm, started a three-year course at Fordham University's law school in New York from August, aiming to pass the state's bar examination.

As to how the princess is faring in the light of developments, Prince Fumihito only said, "I don't know as I have not had much chance to talk her recently."

His wife, Princess Kiko said at the same press conference, "From the end of last year, as the temperature started to fall, there have been more cases where my eldest daughter did not feel well."

"But despite such circumstances, my daughter has worked hard to fulfil the assignments given to her," she said. "I would like to continue to watch over her carefully."

According to the former fiance of Komuro's mother, he lent her a total of some 4 million yen ($35,000) for her son's education and to cover his living costs between 2010 and 2012, the period when they were engaged.

After they broke off the engagement, the former fiance asked the mother to pay back the loan, but the Komuro side claimed the money had been donated, according to a source close to the matter.

The Komuro family made a similar explanation to the princess' family, who were not notified beforehand of what was reported as a "debt problem," the source said.

In addition to demanding that the Komuros resolve the matter and issue a public explanation, they have also asked Komuro to present a life plan, including the career he intends to build beyond his current job as a paralegal at the Tokyo law firm, as a condition for his formal engagement and marriage with Princess Mako, the source said.

Following the request, conveyed between late 2017 and early this year, Komuro decided to attend the law school in New York, the source said.

Komuro and Princess Mako met in 2012 as students at International Christian University in Tokyo and soon began dating.