Though he won his season opener at the Autumn Classic International on Saturday, Yuzuru Hanyu was hard on himself after an uncharacteristically shaky performance at the Sixteen Mile Sports Complex in Canada.

The two-time Olympic champion didn't blame the new figure skating rule that shortened the long program by 30 seconds for his second-place finish in the men's free skate, where he skated to "Origin" and fell face-forward on a quad salchow attempt.

"It wasn't the four minutes (compared to four and a half minutes last season) that made it tough. I just felt like I lacked the skills. I have to build a body that can withstand the composition of the program," he said. 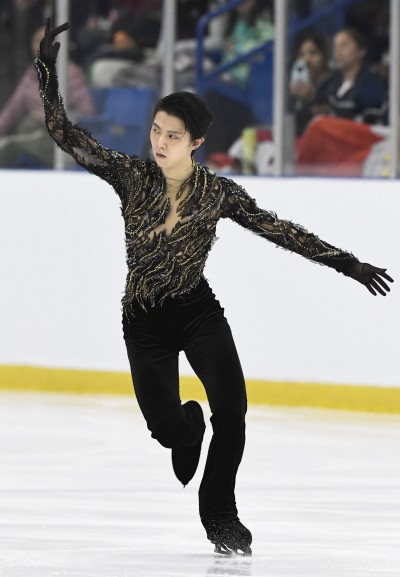 The 23-year-old Japanese had been sidelined after the Pyeongchang Games due to a right ankle injury, and said after his first meet in seven months that staying healthy was his first priority.

Hanyu said the 2022 Beijing Winter Olympics is the last thing on his mind at this point in time, revealing his perfection complex by hinting that his drive to perfect his form is greater than winning a third straight Olympic gold.

"I'm not particularly thinking about that (defending the title at the 2022 Winter Games). I learned at this competition that it can be very frustrating when you can't perform well. I had this heartfelt urge to become stronger."

When asked by a reporter what kind of animal he would be if he had to be one, Hanyu responded with a laugh.

Hanyu will begin his ISU Grand Prix campaign in Helsinki on Nov. 2.