Hanyu, taking part in his first competition since becoming the first men's back-to-back Olympic champion in 66 years in Pyeongchang, South Korea, in February, placed second in the free skate but prevailed with a total score of 263.65 points at Sixteen Mile Sports Complex. 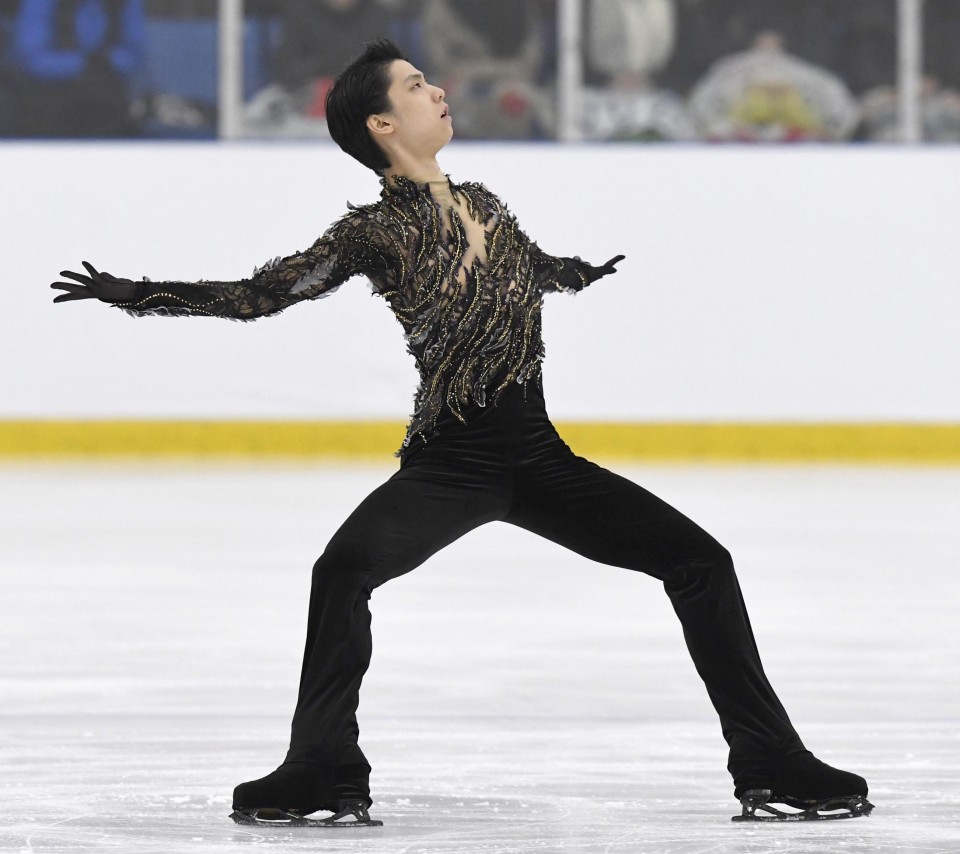 Hanyu, who had a healthy lead after Friday's short program, nailed his first two quads but fell on a quad salchow late in his program to "Origin" and also had a quad toeloop downgraded to a double.

"It really stings," Hanyu said of his mistakes on his jumps.

"I was just about able to win on points but I was in no way able to perform my program as well as I wanted to. From my heart I really want to become stronger."