Songwriting vocalist and musician Raul Midón is on a roll.

The 52-year-old musical tour de force, who is blind and originally from the U.S. state of New Mexico, has just released his 10th album "If You Really Want," a collaboration with Netherlands-based jazz and pop orchestra Metropole Orkest.

Midon on the album reworks and updates some of his previous material and enters a handful of new songs into his catalog.

It comes on the heels of his successful 2017 release "Bad Ass and Blind," which was nominated for a 2018 Grammy in the category of Best Jazz Vocal Album.

The now Maryland state-based Midon, on his latest tour to the Asia-Pacific region, recently sat down with Kyodo News to talk about the albums and his music prior to two performances in Tokyo at the musical venue Billboard Live. 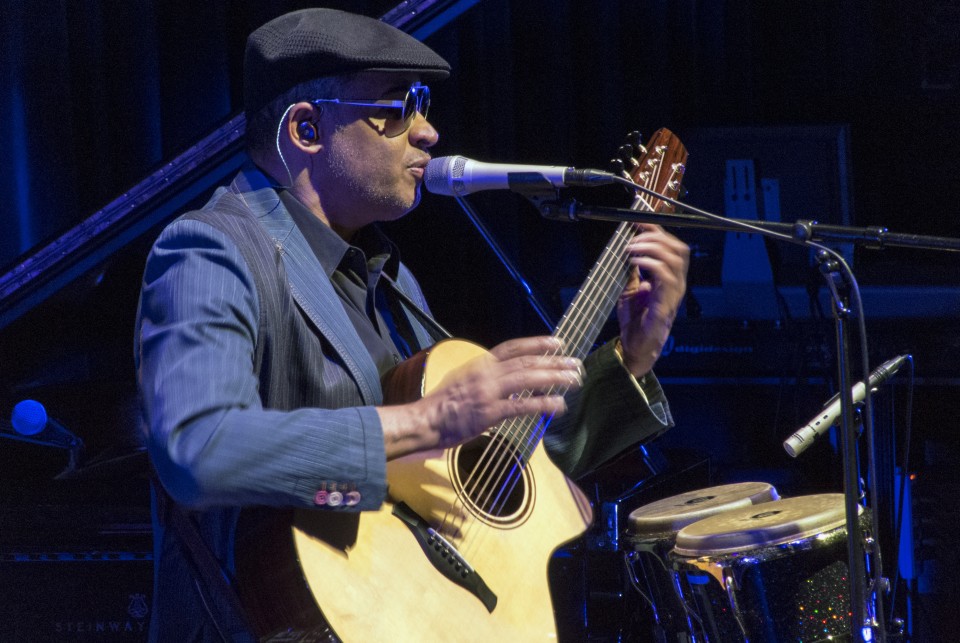 Q: About your new album "If You Really Want" (with Netherlands-based jazz and pop orchestra Metropole Orkest). Did you ever dream you'd be doing an orchestra album?

A: No, it really happened very serendipitously. Not only an orchestra album but one with such a great orchestra and with one of the greatest conductors in the world, Vince Mendoza. So I'm like "wow."

Q: What do you want your fans to take away from listening to this album?

Q: About last year's album "Bad Ass and Blind." A 2018 Grammy nomination for you for best jazz vocal album. That's a big deal, very select group. How do you feel about such a nomination?

A: I was really, really surprised. Wasn't expecting it. It's been wonderful. It's such a, I want to say, vindication, for all the choices that I've made. From the title, to the recording, to the choice of songs. You know, everything.

Q: "Bad Ass and Blind" is a real attention-grabbing title. How did the title come about? We understand there was a connection with (singer-songwriter) Bill Withers.

A: You know the way it came about, I did talk to Bill Withers and he said, you know we should write a song like 'I'm blind and I can kick your ass,' I don't remember the exact words but it was something like that. And it kind of started me thinking. One of the pet peeves I've always had with interviews is that people would always ask me the same questions, like what was it like to work with Stevie Wonder? What was it like to work with Herbie Hancock? And they never asked me about the fact that I was producing and engineering my own records as a blind person, which I thought was something of note and something that I wanted to talk about. And so I thought if I say "Bad Ass and Blind" people are going to ask me and it's the perfect setup for that.

Q: You said in a phone interview for a story we did on you earlier that you really like playing in Japan. Can you elaborate on that?

A: Japan is a special place to play. There is still a concentration here that I get from the audience. I don't know what it is. And it was also the place that I first really felt like I kind of broke out of the noise, you know. When I came here in 2004 and "State of Mind" was a big hit here, it was the first time that I played as a headliner to a really big audience. So it's always been special since then.

Q: How about right now, do you have any Japan-related goals, anything in the works?

A: Well, I've managed to come here every year. I hope to keep coming. I'm going to hang out with a Japanese friend of mine in a couple of days who's a ham radio operator, that will be fun. Because I'm into that sort of thing. That will be cool.

Q: Being blind. You said somewhere that a lot of people don't really ask you about that in interviews. Is that strange for you that people don't touch on that?

A: It's not that I want to (talk about that so much), it's that I think it's necessary these days when there's a lot less money, less budget for artists to control their destiny. So I feel like for me it's very important to have a hand in not just writing the songs, not just playing the songs, but also recording them. Because when you record a record, your instrument becomes not just the guitar, not just the voice, but it becomes the recording. All the choices that you make as an artist in recording are going to reflect on the record. Literally what kind of instrumentation you use, what kind of reverb you use, whether you use it or not. All of that is part of your palette. And if you have facility with that, you're going to make a record that's closer to your vision of what you want. As opposed to a producer, and an A&R (artists and repertoire) guy, and a manager and a whole bunch of people with fingers in your art that really don't know or don't care what you want like you do.

Q: How about your twin brother (who's also blind)? He's successful in his own right but in a completely different field.

Q: When did you first know you had this amazing talent and it was your calling, so to speak?

A: I think I pretty much always knew it. I didn't necessarily equate it with making a living. But when I was a kid I was always interested in music. Always have been, always been something I thought about all the time, and so it's been something that I've always done. The decision -- I started to think about what am I going to do -- and being a blind person, like what else am I going to do. I have this talent, I'm going to do this, you know.

Q: Let's talk about your influences. There's some Stevie Wonder, some Al Jarreau in your singing style. Talk about the significance of Al Jarreau to you.

A: Al Jarreau is a huge influence. You know Al Jarreau was one of the first singers that I remember noticing in a modern way, because there's other ones like Sarah Vaughan, who had instrumental phrasing. Al Jarreau kind of had this modern way of singing jazz with a backbeat that kind of led the way for all of us. We didn't know that somebody could do that until Al Jarreau came along and did it and sort of gave us these ideas about how to phrase. He was great at back phrasing, or laying back behind the beat. And his singing is rhythmically precise, which is very important to me.

Q: What about your own style, "Raul style," how do you yourself explain it?

A: Well my style is an amalgam of everything that I love in music. I've never striven to be a jazz musician or a blues musician or a rock musician. I've always been interested in all kinds of music and putting that together in a way that incorporates all of the things that I love. So there's a Latin thing. There's a soul thing. There's a jazz thing. And I've always been interested in being a musician, not just a singer.

Q: On the technical side, as you said you're also now an engineer and a producer. Is there anything you don't do that you would still like to do?

A: (Laughs). Drive. Actually my wife deserves a lot of credit. I said I want a studio when we bought the house. A couple of friends of mine said, oh there's this program Cakewalk, this is what you should buy to get started. I didn't really know so I had some guidance about what equipment to buy. And then some guidance about microphones. And then I started to learn how to try to use the stuff. It really was quite a journey. I mean from being a musician who worried about playing and singing to learning how to deal with digital audio, there were a few weeks there where I thought I don't know if I can do this, I'm really struggling with some of these concepts. Signal path and that sort of thing. What kept me at it is that I realized what the potential of it was. And I realized that if I wanted to truly control my destiny as a recording artist, that I had the opportunity to do that if I could master these skills. 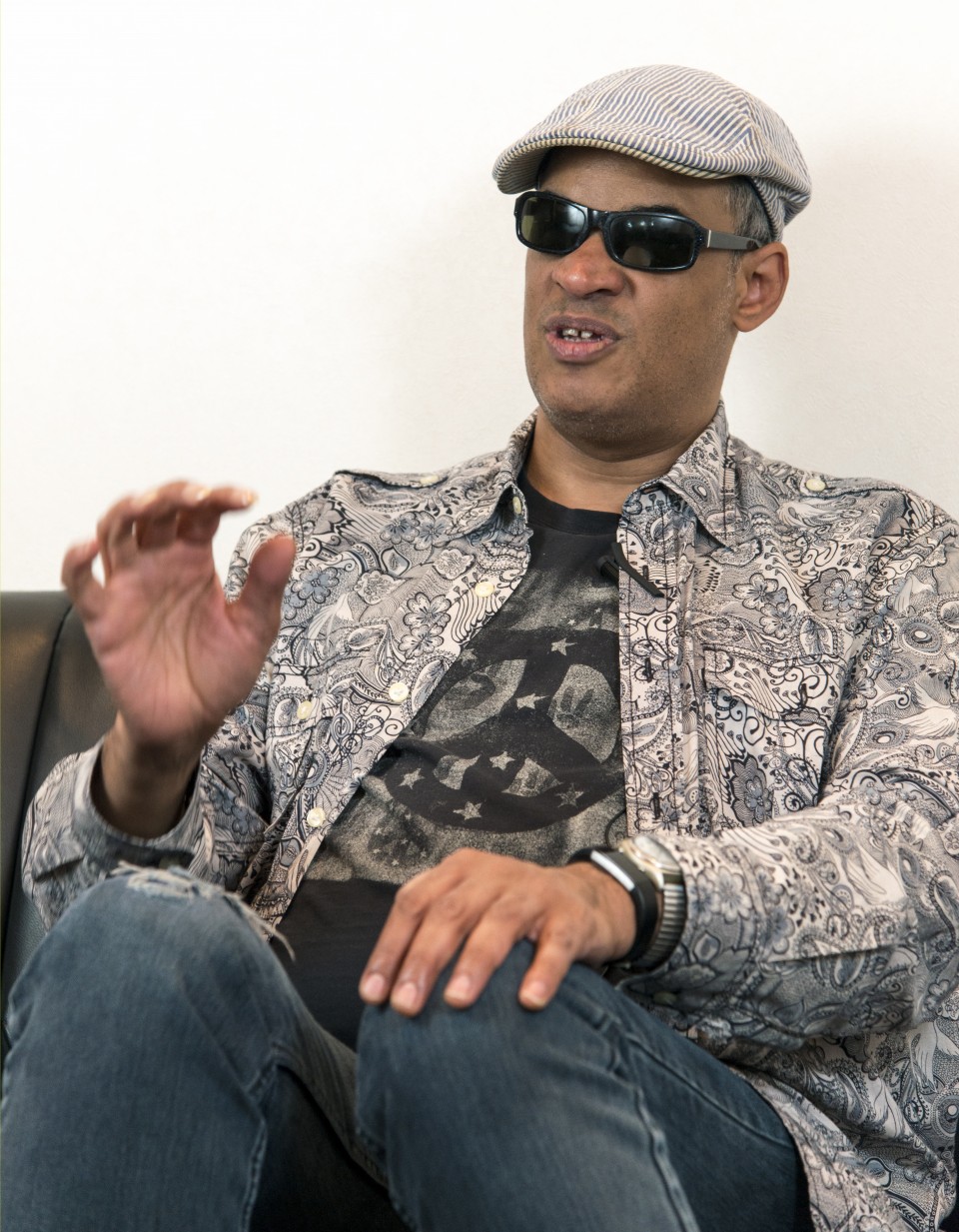 A: Which I love. You know as a blind person you're not in control of a lot of things. It's like there are a few things I can control and that's one of them. And that's why I'm such a stickler for that. I never want to depend on anybody else ever again to record. Ever.

Q: Where does your music come from, like the song "God's Dream" on the new album?

A: You know, it's interesting that you ask that...sometimes I wonder myself, it's like wow. Sometimes it feels like the song writes you. And you get something, you get a creative idea and you just go with it. And it takes you to places that you never thought it would go. "God's Dream" is a song that I've done a lot of thinking about. What it means to be mystical, what is the meaning of God, what is the meaning of believing in something like that.

Q: What's next for you? You've said you always have a lot on the plate.

Q: On your guitar playing. You do classical, flamenco, but also your electric guitar runs. What type of guitar style do you like best? Does it matter to you, or does it just come out?

Q: Any specific companies you'd like to give a shout out to?

Tower of Power says life good at 50, even more music "in the wings"