Songwriting guitarist and vocalist Raul Midón talks proudly of his upbringing in northern New Mexico, one of the boxy "Four Corners" states in the U.S. West connected via quadrapoint, but when it comes to his music he says "boxes have never served me very well."

"I've always liked (the description) 'eclectic soul,'" the 52-year-old genre-blending musical artist, who is blind, told Kyodo News by phone from his now home and studio in the eastern state of Maryland, just prior to embarking on a tour taking him to Israel, Britain, Japan, Australia and China. 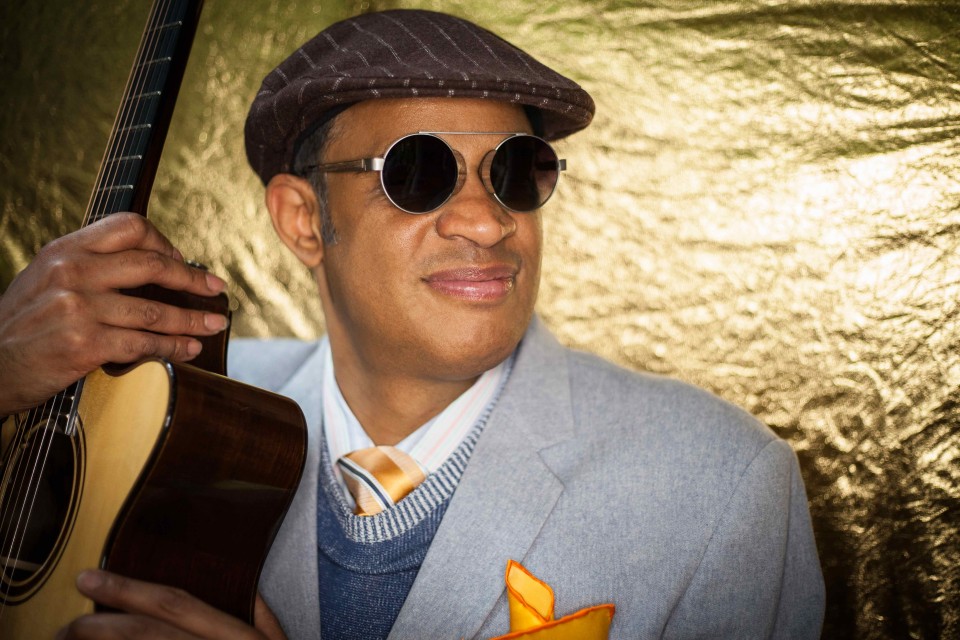 "There's a lot of Latin influences. Obviously in terms of the singing I'm influenced by a lot of soul singers. Whenever people say singer-songwriter, they just think of like a guy who strums and sings, which is not me," he said.

On this latest tour, Midón will be pulling double duty. He is promoting both his upcoming 10th album "If You Really Want," set for official release on Sept. 14, and his attention-grabbing title from last year "Bad Ass and Blind," nominated for a 2018 Grammy in the category of Best Jazz Vocal Album.

Midón concurs that the tour schedule looks intense but will really give people a chance to sample the potent and diverse musical cocktails he is known for serving up. "If You Really Want" features Metropole Orkest, a jazz and pop orchestra based in the Netherlands, while "Bad Ass" is staked largely in the camps of jazz, soul, funk and rap.

"Yeah, we have a new album coming out, so you know, it's going to be that, but it's kind of a strange situation because (it's) an orchestra album. But yeah, of course, the focus in the press is going to be that. Even though 'Bad Ass and Blind' isn't that old, you know," he said.

"Absolutely, I'm going to be doing some cuts from (the new album). As a matter of fact, we'll see, I will still play and sing but I might give people just a little taste of what it sounds like with tracks."

Midón says "If You Really Want" came about via a "perfect storm" of circumstances.

"My wife and I actually have some good friends in Holland, and they were talking about certain people working with the orchestra. And they said why not Raul? And the conductor of the orchestra at that time was Vince Mendoza, who's a very well-known conductor, and he was like let's just do this...and the orchestra had funding at the time which was really important...basically they got paid through the funding they had, (and) they covered my expenses. I didn't get (other) money at all," Midón said.

"I got to record my own songs. I did all of the producing of the guitars and the vocals myself in my own studio. We recorded the orchestra in the Netherlands in a huge studio, I don't have anywhere near the facilities to record an orchestra here (at home). And it just came together that way. Even the mixing of it, we did it remotely, we literally did it remotely. We would send files back and forth over the internet."

"Amazing that we got it to come out that good," he continued. "The conventional wisdom is that you don't mix remotely and you sit there in a room and you mix an album. But that's the way it evolved. And we tried to make (the conventional way happen). But the schedules were not permitting that. We said OK, let's just (do it). And it took months. But we did it! I was like, man this is not going to work, this is just not happening. But we just kept at, you know."

Midón in the past has also played at venues including Blue Note Tokyo, Cotton Club and the Budokan, the latter with Japanese singer-songwriter Ken Hirai and American singing star Roberta Flack. He is looking forward to again interfacing with his growing Japanese fan base.

"I've loved Japan ever since the first time I went, 2004 or 2003. I had kind of a hit there with my first album. Ever since then it's always been a pleasure," he said.

"The Japanese have always been really demonstrative for me, as far as my perception of it goes. I mean they are quiet, which is awesome. And I actually find that there's still a certain level of concentration. I don't know, a lot of times here (in the U.S.), depending on the situation, you know people are into their (electronic) devices. And I know the Japanese are into their devices, but I've never felt that dissipation of energy in Japan like I feel sometimes here, where people can be distracted. They're more 'there' in Japan, if you know what I mean." 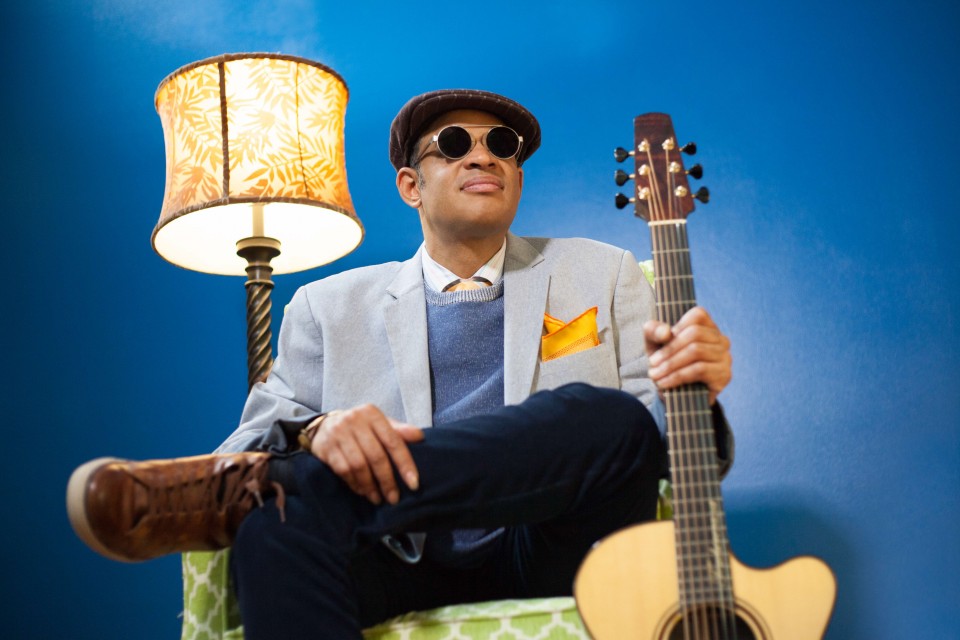 After Japan, Midón will travel to Melbourne, Australia, for appearances at Bird's Basement from Sept. 12 to Sept. 16. Then it's on to China for shows at Blue Note Beijing on Sept. 20 and Sept. 21.

Midón highlights on his Twitter site he is "paying the mortgage with the guitar! Blind but not bitter! I am a disciple of music!" But he says during the interview that while on tour he also tries to make time for other interests.

"I'm an amateur radio operator so I always meet some friends from Japan who I talk to when I'm here (at home). I have (an amateur radio) license and I have a Japanese call sign. When I go there I usually meet up, maybe when I have time, I go to a radio club...especially on a tour like that, it's sometimes good for the soul to hang in some different circles. Not just the promoters and the hotels. Because that's what you mostly do on tour," he said.

Then there's the food. When Midón -- who grew up in a state famed for its addictive New Mexico chile peppers and cuisine based around them -- is asked whether he needs to get a "chile fix" while on tour, he responds, "Probably when I'm in Japan I'm just going to go and eat the Japanese stuff. Because that's the thing, I love Japanese food. There's nothing like going there. It's funny, too, how it grows on you. I remember when I first went there, compared with the way we do rice here, it's sort of like...well you don't really do sticky rice in America."

"(I remember) I go, 'oh, sticky rice,' you know. But I've really become a fan. I mean not just the sushi, but more exotic stuff, I like the 'umeboshi' (pickled plums). I love the noodles. I'll be going to TsuruTonTan, the famous (udon) noodle place in Osaka. I always go there when I go to Osaka," he said.