Japanese figure skating superstar Yuzuru Hanyu's Pyeongchang Games men's short program earned a glowing review from none other than the former skater whose Olympic record he is trying to equal.

Hanyu is bidding to become the first back-to-back Olympic men's champion since American Dick Button achieved the feat at the Oslo Winter Games in 1952.

The two-time world champion is halfway to adding a second gold to the one he won in Sochi, taking the lead with a score of 111.68 points to lead Spaniard Javier Fernandez and compatriot Shoma Uno.

Button took to Twitter to gush over Hanyu after his performance at Gangneung Ice Arena.

Hanyu, who is making his comeback from an ankle injury here after having not competed for four months, earned rapturous applause for his performance and was showered with stuffed Winnie the Pooh bears thrown by his fans.

Button, who is currently a sports analyst and commentator, tweeted, "Beautiful programs, beautiful choreography it looks like it's raining teddy bears." 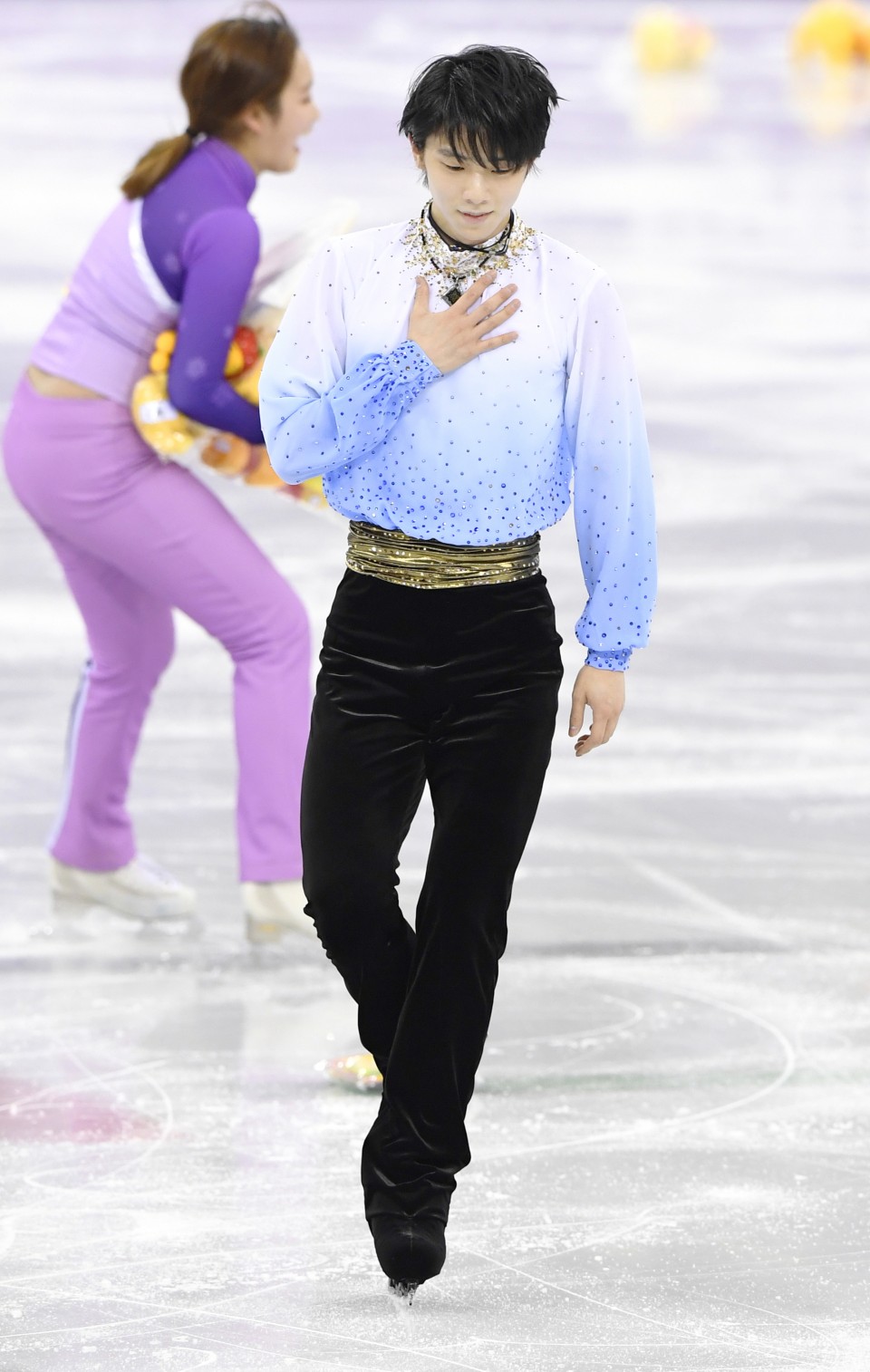