Kiyuna, who has not lost a competition since February 2018, scored 28.72 points out of 30 for his performance at Nippon Budokan, the spiritual home of Japanese martial arts. 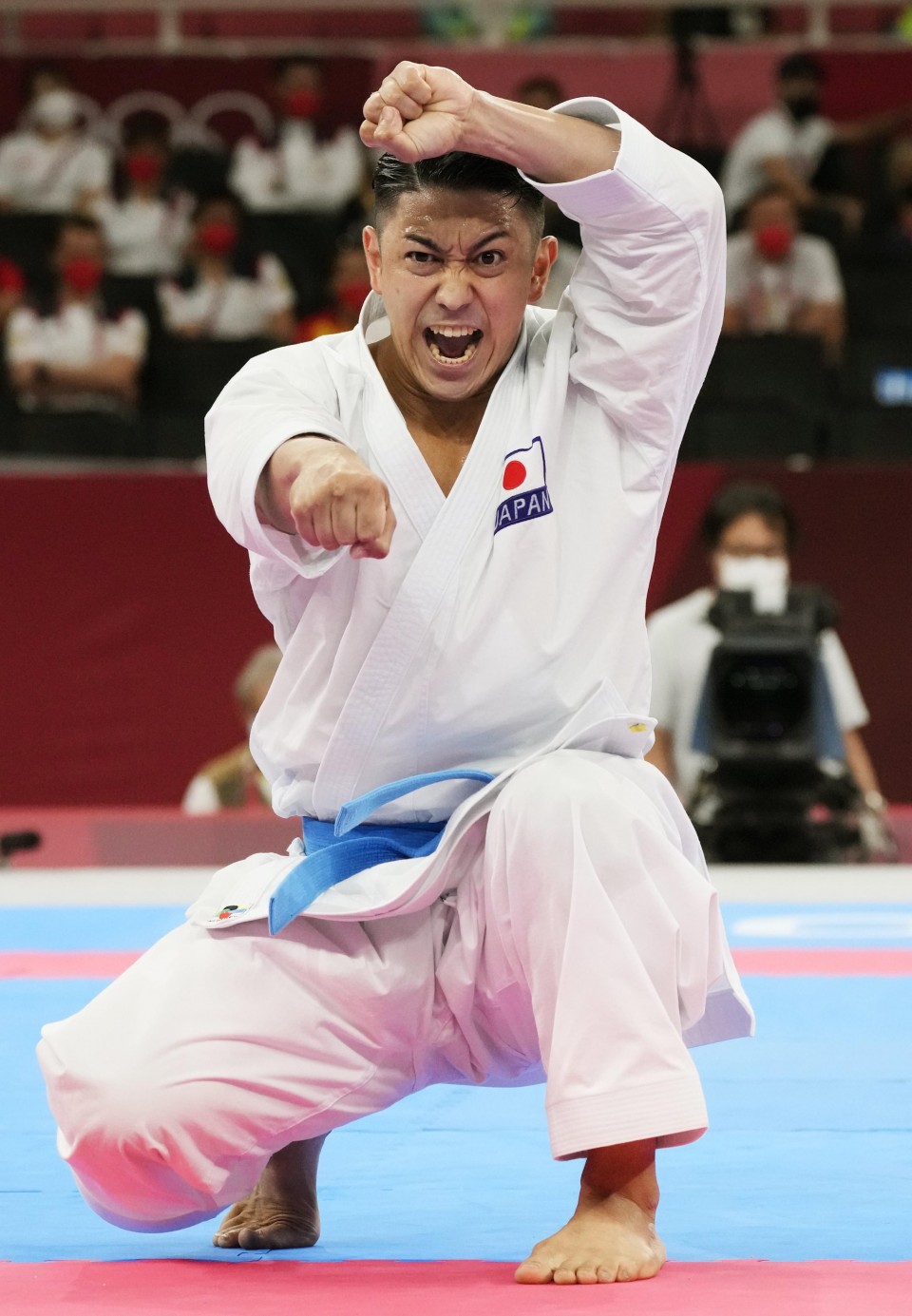 Ryo Kiyuna of Japan competes in the men's kata final bout for karate at the Tokyo Olympics on Aug. 6, 2021, at Nippon Budokan in Tokyo. (Kyodo) ==Kyodo

"I want to express my appreciation for being able to compete at this stage. I wouldn't have been able to compete here by myself so I am just so thankful," Kiyuna said after winning the event that sees competitors perform choreographed movement in pursuit of points.

At the Tokyo Olympics, competitions called kata and kumite are being held. In women's and men's kata, athletes execute a series of defensive and offensive movements that target a non-existent opponent.

Kiyuna's gold was Japan's second medal in karate, after Kiyou Shimizu claimed silver in the women's kata on Thursday. Since the sport has been dropped from the program at the next Summer Olympics in Paris in 2024, the Tokyo Games may possibly be the only time the sport is featured.

The 31-year-old Kiyuna hails from Okinawa Prefecture in southern Japan, the birthplace of the sport. He is the three-time reigning world champion and has won nine straight national championships, making him a heavy favorite coming into the Tokyo Games.

Performing a kata called "Ohan Dai," which featured variations of thrusting movements, Kiyuna won the judges over in the final with his sharp and powerful movements. His "kiai" shouts resonated in the Nippon Budokan.

He became the first Okinawa-born Olympic champion, according to the Okinawa Amateur Sports Association.

"I wanted to become the first athlete from Okinawa to win gold and make history in the world of karate and also for Okinawa," Kiyuna said in the post-match press conference.

"This tradition of Okinawa has spread around the world and is loved by so many people," he said. "We were able to show what karate is to the world through the Olympics, so in that sense, all of the athletes made history together."

Japan's Mayumi Someya and Ken Nishimura did not advance to the semifinals in the women's 61-kg class and men's 75-kg class, respectively.