After karate made its debut at the Tokyo Games on Thursday, athletes who have waited years to introduce their sport to an Olympic audience spoke of the thrill they experienced to finally have that chance.

Karate, a combat sport that originated in Okinawa in southern Japan, opened its three-day Olympic competition in front of empty grandstands at Nippon Budokan, the spiritual home of Japanese martial arts.

They embraced a moment that might be fleeting given the sport has been dropped from the Olympic program in Paris, meaning the Tokyo Games may be the first and only shot to compete on the Olympic stage.

"There are many emotions right now. I waited for this moment a long time," said Spain's Sandra Sanchez Jaime, 39, who won the first gold medal of Thursday in women's kata. 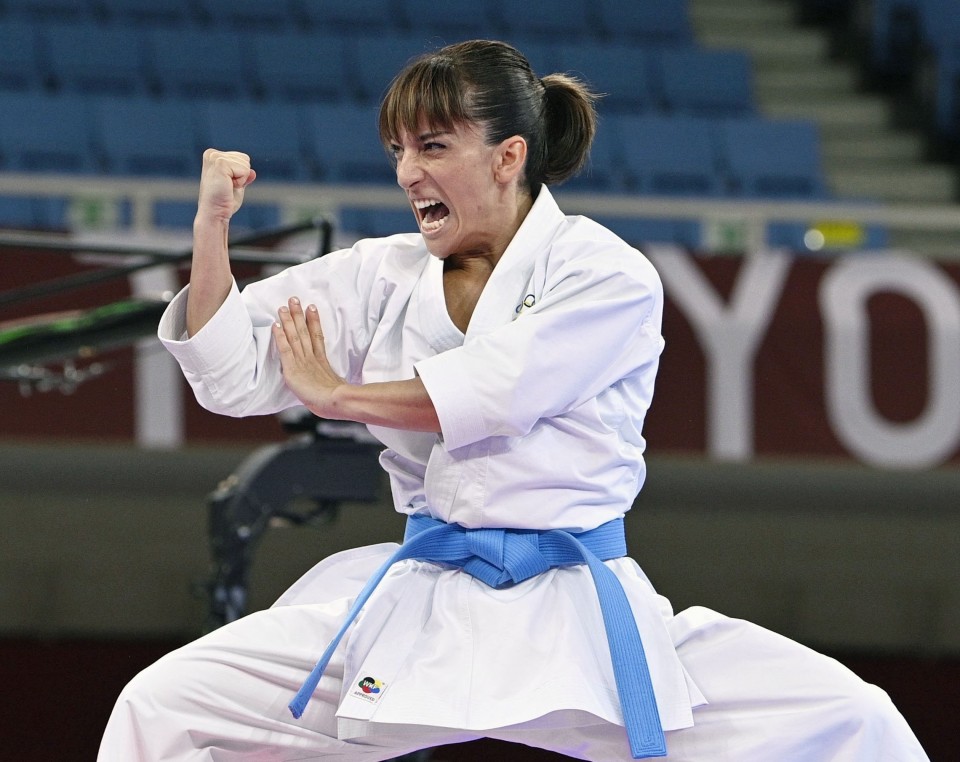 Spain's Sandra Sanchez Jaime performs in the elimination round of the Tokyo Olympic women's karate kata event on Aug. 5, 2021, at Nippon Budokan in Tokyo. (Kyodo) ==Kyodo

It is the first time since 1964 that a new combat sport originating in Japan was officially contested at an Olympic Games. Judo marked its debut also at Nippon Budokan during the 1964 Tokyo Olympics.

"This day is a very important day, not only for me, not only for us, but for the movement of karate, for all karateka around the world. Karate is a martial art, a discipline that deserved to be here," said Italy's Viviana Bottaro, who won bronze in women's kata.

"I hope that karate in 2028 will return to Olympic Games because it deserves it," she added, referring to the games to be staged in Los Angeles.

Earlier this week, Japan's Ryo Kiyuna, a gold medal favorite in the men's kata, said, "I hope all athletes will give everything they have and create a new history for karate, and offer dreams to children of the next generation." 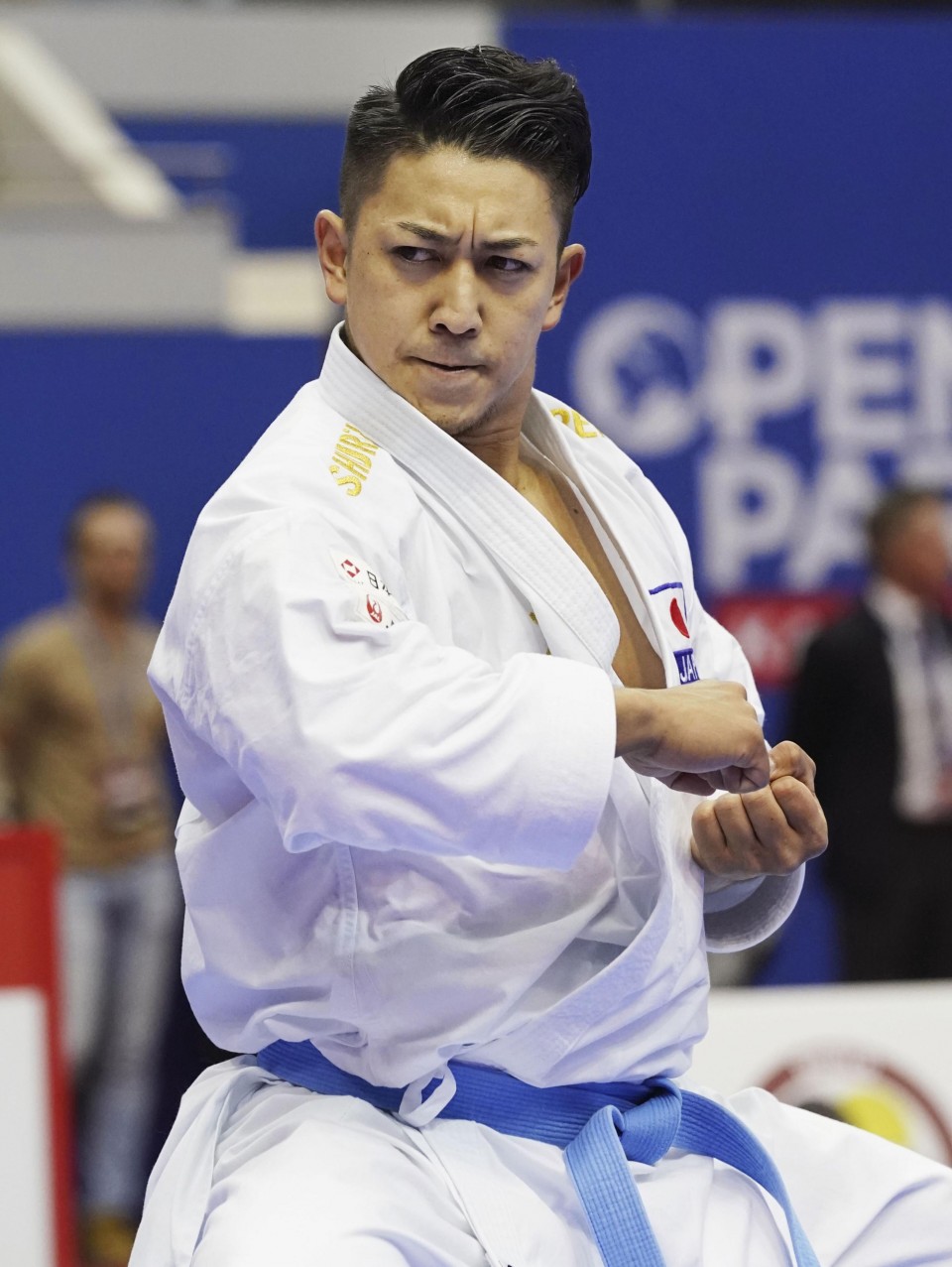 Japanese karateka Ryo Kiyuna, a medal hope in the Tokyo Olympics, performs in the men's individual kata semifinal match of the Karate 1 Premier League in Paris on Jan. 25, 2020. (Kyodo) ==Kyodo

In women's and men's kata, athletes compete over the execution of a specified series of offensive and defensive movements targeting a non-existent opponent. Kumite is sparring between athletes, during which they are awarded points for landing punches, thrusts and kicks on their opponent's body.

While karate is said to have originated in Okinawa during a 450-year period from 1429 under the Ryukyu Kingdom, it was not until 1970 that the World Karate Federation was created.

The inaugural world championships were held that year in Nippon Budokan and there are now over 130 million practitioners around the world, according to the federation.

World Karate Federation chief Antonio Espinos said Wednesday evening that he is "confident" the International Olympic Committee will see the "significant value" the sport adds to the Olympics and consider setting its place on the program in concrete.

"I think knowing karate after these three days, everybody that will have the opportunity to watch karate on television will see how big of a sport we are and that karate deserves to have a permanent place in the Olympic program," the Spanish president told a press conference on the eve of the competition.