The emails, expressing the committee's "deepest apologies," emphasized the Olympics' vision of "diversity and harmony" after Mori complained on Wednesday that adding more female Japanese Olympic Committee directors would slow board meetings because women talk too long. 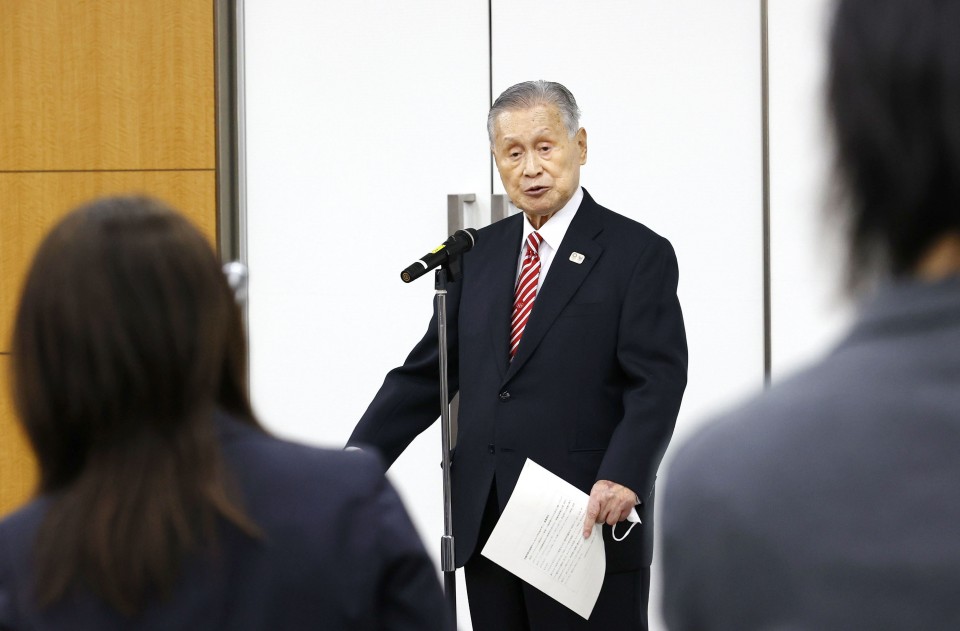 The committee sought to attract a total of 80,000 volunteers for support tasks related to athletes and competitions. The message begins by stating "President Mori made inappropriate remarks that go against the spirit of the Olympics and Paralympics."

"We want to operate an event that aspires to realize a society where all our many differences are affirmed and accepted as natural," the email reads.

Volunteers have not been immune to the turmoil caused by the 83-year-old Mori's comments. Some of the 30,000 additional Tokyo government-registered "City Cast" volunteers have submitted their resignations.

Comments received have included, "I'm conflicted about whether to volunteer or not" and "My motivation has decreased."