At a press conference following her withdrawal from the Gippsland Trophy, a warm-up event ahead of the Australian Open, Osaka said the former prime minister of Japan made "a really ignorant statement" earlier in the week when he said women talk too much during meetings. 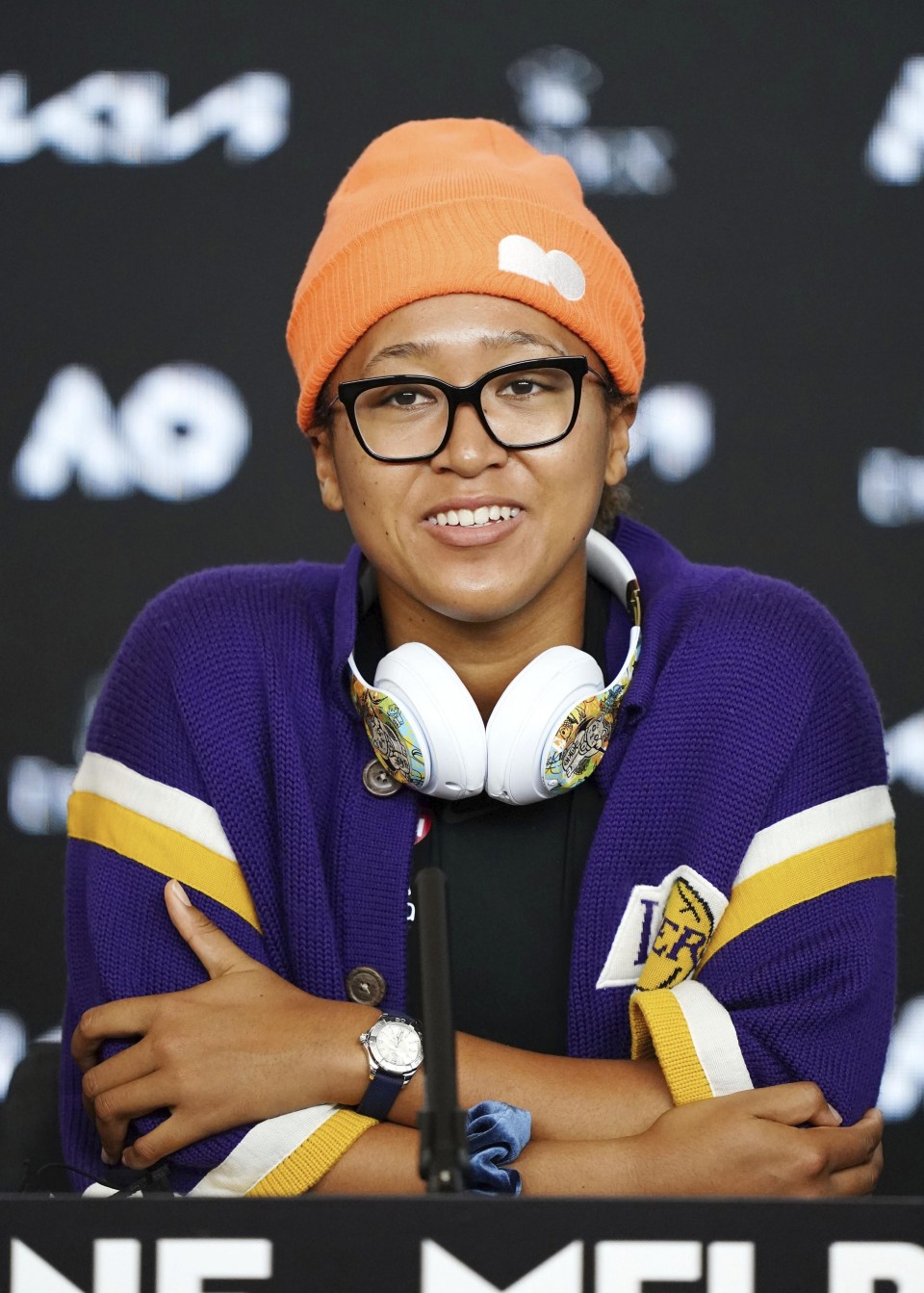 Naomi Osaka is pictured at a press conference in Melbourne on Feb. 6, 2021. (For editorial use only)(Tennis Australia/Kyodo)

The 83-year-old Mori later apologized, but he has refused to resign amid growing calls for him to step down.

The world No. 3, who pulled out from the semifinals of the warm-up event in Melbourne with a "niggling injury," was initially bemused when asked by a reporter whether Mori should resign.

"I'm a tennis player, I feel like, wow, what an interesting subject matter to be thrown," Osaka said.

"Do I think he should resign? I think someone who makes comments like that...they need to have more knowledge on what they're talking about so I think that was a really ignorant statement."

The 23-year-old, who will begin her bid for a second Australian Open title when the Grand Slam tournament opens on Monday, said she was not fully aware of the context in which Mori had spoken.

"I'm not sure if it was a statement he made during the press conference, or if it's a quote that was taken while he was having a private conversation, I didn't read fully into that," Osaka said.

"So I'm not sure if it's a situation where someone should demand that he resigns, or if it's something that people need to make him understand that what he said wasn't right."

Turning her attention back to the court, the two-time U.S. Open champion, who won her second crown at Flushing Meadows in September, said she hoped to reclaim world No. 1, but was less fixated on rankings than earlier in her career.

"I feel like right now, I'm at a really good place. I just want to play every match as hard as I can," she said.

"If it comes to the point where I get to be No. 1 again, I'll embrace it, but I'm not really chasing it like that anymore."