Ex-boyfriend arrested after fatal stabbing of woman in Fukuoka

An ex-boyfriend was arrested Wednesday on suspicion of fatally stabbing a woman on a street in the southwestern Japanese city of Fukuoka earlier this week, police said.

The attack occurred despite police issuing an order last year for the man, Susumu Terauchi, to stop stalking Miki Kawano after she broke up with him. He has confessed to the crime, the police said. 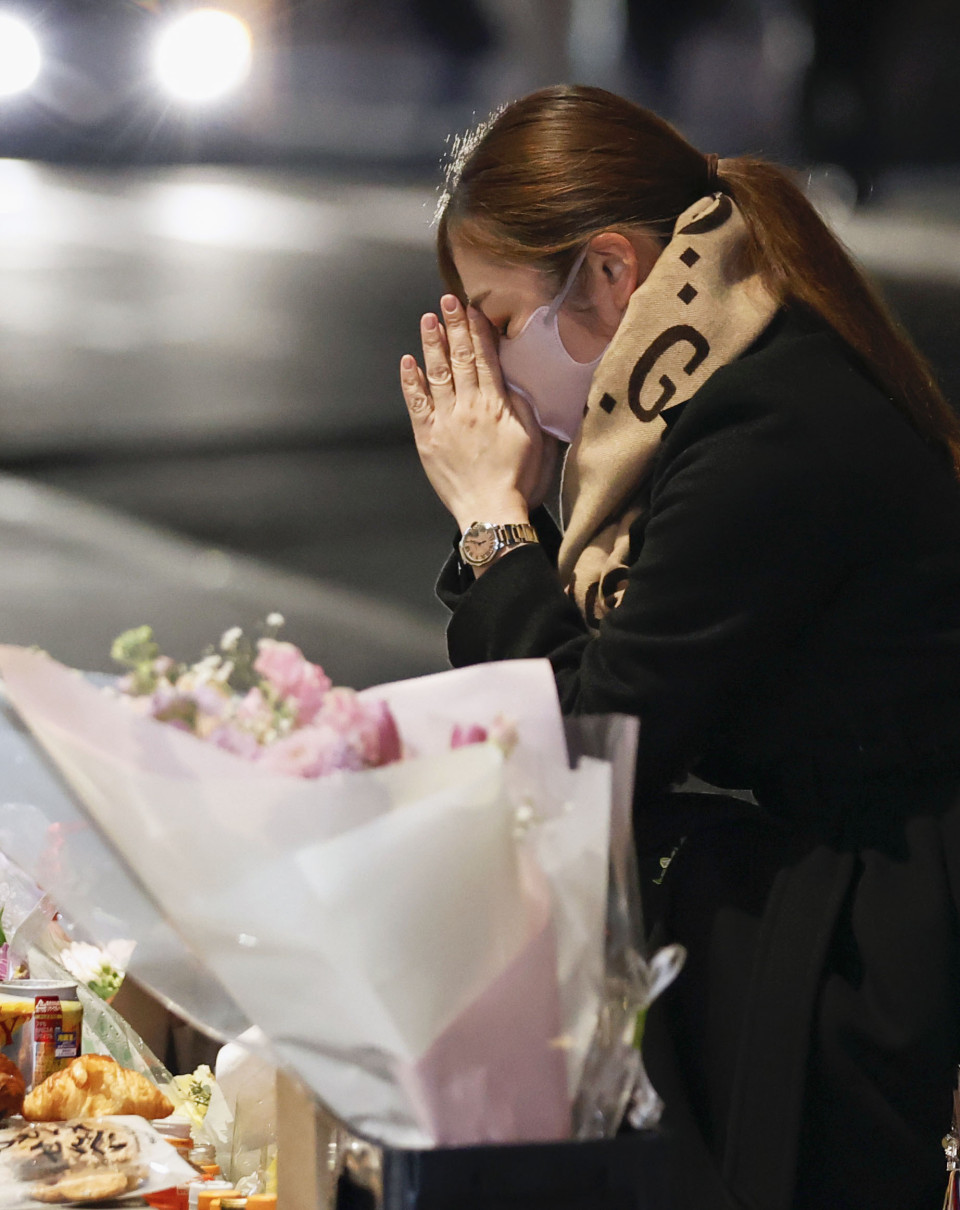 A woman prays in Fukuoka on Jan. 18, 2023, at the site where Miki Kawano was stabbed by a man two days earlier. (Kyodo)

Kawano had consulted with police multiple times since October, claiming she was accosted and followed by Terauchi.

The police issued a warning against him the same month and banned him from approaching her based on the stalker regulation law the following month.

The police located the suspect on a street in the city Wednesday morning, escorting him to a nearby police station on a voluntary basis, said the sources.

Footage of security cameras near the crime scene showed Kawano leaving her nearby office and later quarreling with Terauchi on a road, according to the police.

He then stabbed her with what appears to be a kitchen knife before leaving the site with the weapon put into a bag.