A planned discharge of treated water from the crippled nuclear power plant in Fukushima Prefecture into the sea will start around this spring or summer, some two years after a decision on its release was made, the Japanese government said Friday.

A revised policy on the disposal of the treated water containing low-level concentrations of tritium as well as financial support for affected fishing communities was endorsed during a meeting of relevant Cabinet ministers on Friday. 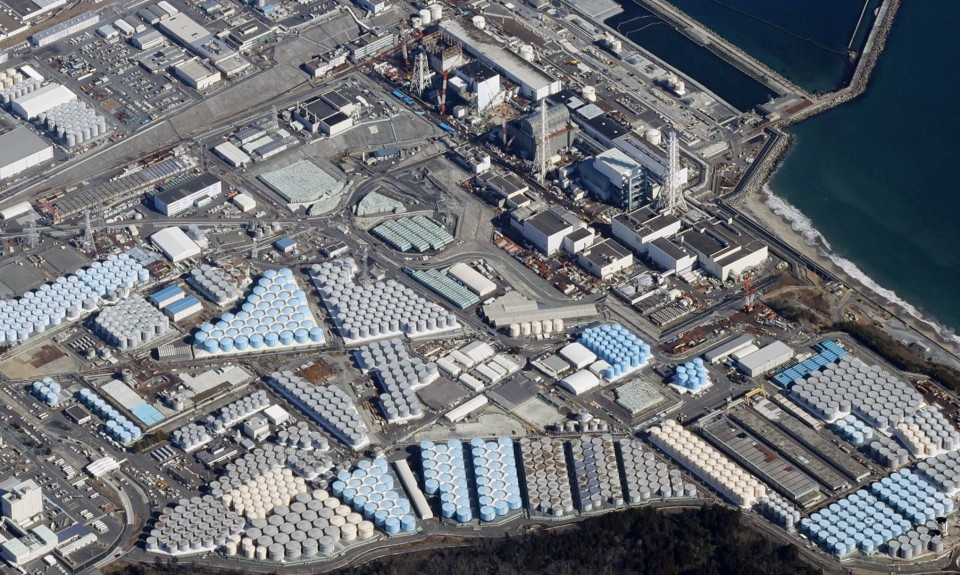 "We would like to thoroughly explain these measures to fishing communities and other relevant parties while listening to their concerns," Chief Cabinet Secretary Hirokazu Matsuno said at the meeting.

The communities and neighboring China remain opposed to the release of water about 1 kilometer off the Pacific coast.

South Korea, which also has opposed to the discharge of treated water, reiterated Friday that the water must be safely disposed of in accordance with international standards from the objective and scientific perspectives.

To ensure the discharge is in line with international safety standards and poses no harm to public health and the environment, the International Atomic Energy Agency has conducted several safety reviews of the plan.

A delegation of IAEA officials and international experts will visit Japan from Monday through Jan. 20 to conduct another review of the regulatory aspects of the discharge plan and hold discussions with Japan's Nuclear Regulation Authority.

The IAEA will issue a comprehensive report based on their findings and provide support before, during and after the discharge.

Through its cooperation with the IAEA, the Japanese government is continuing its efforts to enhance international understanding toward the handling of treated water, it said.

According to the revised policy, the government will aid fishermen who fear reputational damage will impact the sales of their catch through a new 50 billion yen ($383 million) fund in addition to previously announced 30 billion yen. 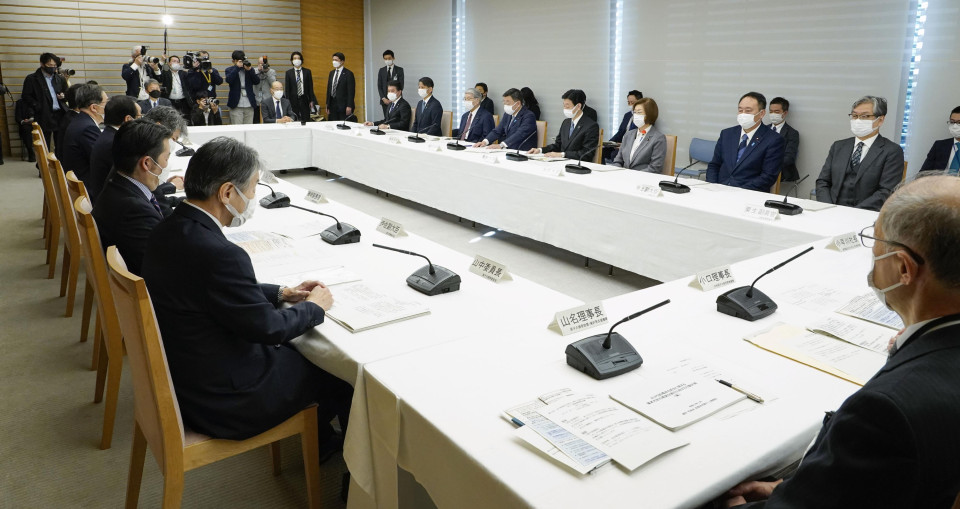 A meeting of relevant Cabinet ministers is held at the prime minister's office in Tokyo on Jan. 13, 2023, during which a revised policy on the disposal of treated water from the crippled Fukushima Daiichi nuclear power plant was endorsed. (Kyodo)

Following the nuclear disaster triggered by a massive earthquake and tsunami that struck northeastern Japan in 2011, a vast amount of water is still needed to continually cool the melted fuel and fuel debris at the Fukushima Daiichi power plant.

The water pumped in for this purpose has mixed with groundwater and rainwater, accumulating in storage tanks at Tokyo Electric Power Company Holdings Inc.'s crippled complex after being treated with an advanced liquid processing system that removes most radionuclides.

The government decided in April 2021 on its policy to start discharging treated water around two years later.

The plant's operator TEPCO began construction of the discharge facilities in August last year, but it has said that completion of the facilities could be delayed depending on sea and weather conditions.

Most nuclear power plants around the world routinely and safely release treated water containing low-level concentrations of tritium and other radionuclides to the environment as part of normal operations, according to the IAEA.