The waste, mostly consisting of condensers and lighting ballasts, contains high concentrations of polychlorinated biphenyls that are harmful to humans and was disposed of in municipalities surrounding the plant before the 2011 nuclear disaster triggered by a massive earthquake and tsunami, according to the city of Muroran. 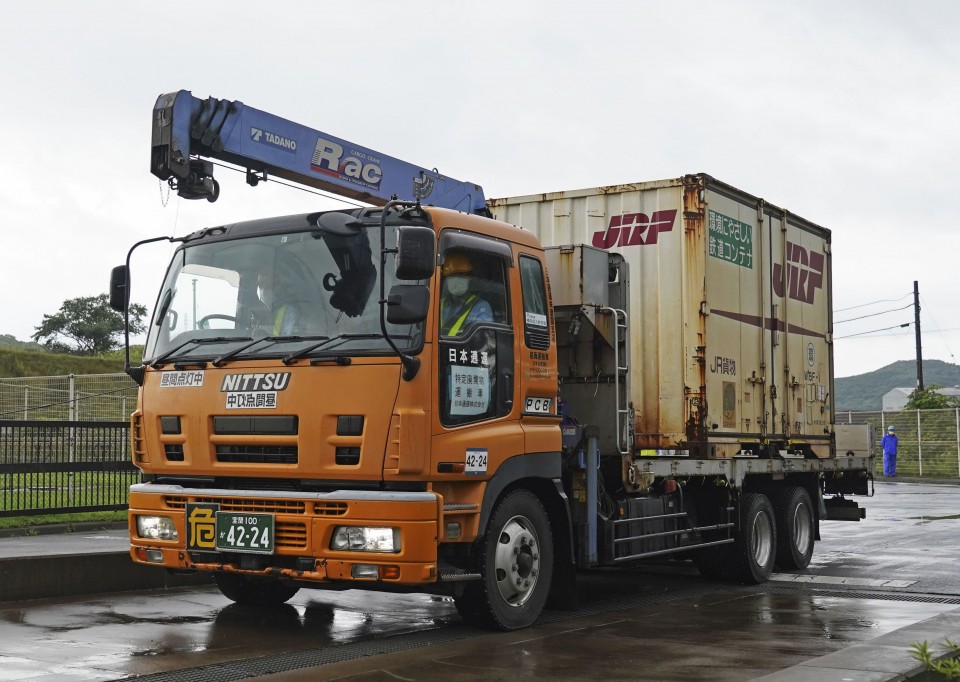 A truck carries waste containing polychlorinated biphenyls to a treatment facility in a Hokkaido city of Muroran for detoxification on Aug. 16, 2022. (Kyodo)

The waste had been set for detoxification at a treatment facility in Muroran operated by the government-sponsored Japan Environmental Storage & Safety Corp., but the plan was postponed due to the nuclear crisis.

On Tuesday, around 10 people including members of a citizens' group protested near the facility against the delivery of the waste.

"Once we accept the waste, it will be forced on us again and again," said the group's co-leader Sachiko Okura, a resident of Date neighboring Muroran.

The Environment Ministry said it had confirmed that radioactive materials in the waste were below safety standards prior to removal. The ministry also said it will measure air dose rates periodically during transportation and treatment.

The toxic compounds, known as PCBs, were used in products such as insulating oil for electrical equipment but their production has been banned in Japan since 1972 following a 1968 mass food poisoning outbreak. The government has been proceeding with the disposal of waste containing PCBs.

The 1968 food poisoning was caused by rice bran cooking oil produced by Kanemi Soko K.K. that was contaminated with toxic compounds including PCBs.