The Japan Atomic Energy Agency estimates that it will cost taxpayers 36.1 billion yen ($280 million) to rectify the shoddy storage of radioactive waste in a storage pool at the Tokai Reprocessing Plant, the nation's first facility for reprocessing spent nuclear fuel, an official said Sunday.

Around 800 containers of transuranic radioactive waste, or "TRU waste," were dropped into the pool from 1977 to 1991 using a wire in the now-disused plant in Tokai, a village in Ibaraki Prefecture northeast of Tokyo. They emit high levels of radiation.

The waste includes pieces of metal cladding tubes that contained spent nuclear fuel, generated during the reprocessing process. The containers are ultimately supposed to be buried more than 300 meters below surface. 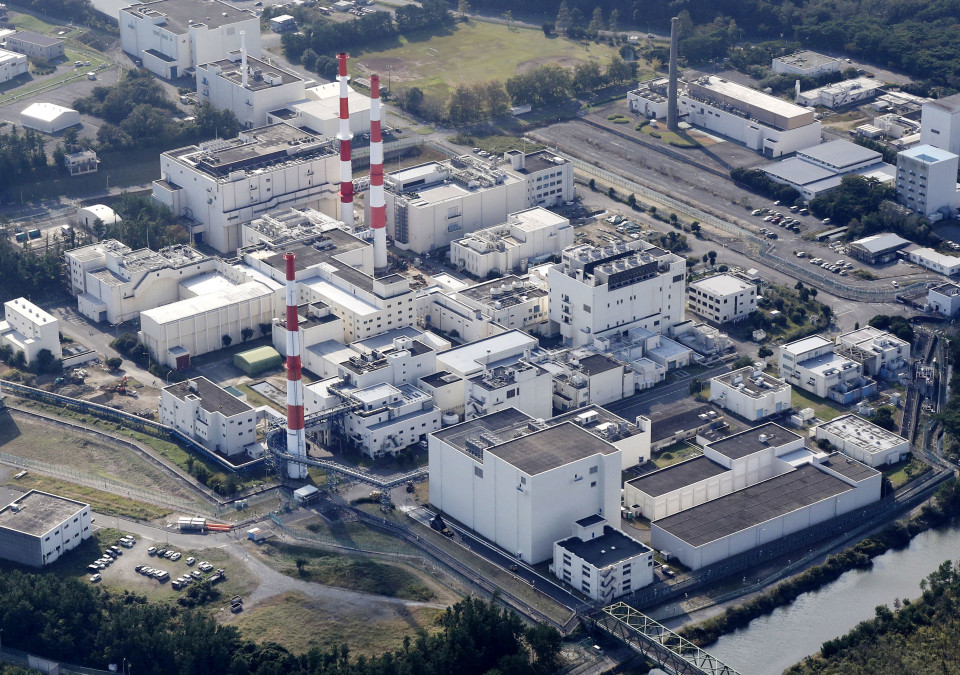 The agency has estimated that 19.1 billion yen will be needed to build a new storage facility for the containers, and 17 billion yen for a building that will cover the storage pool and the crane equipment to grab containers.

The 794 containers each are about 80 centimeters in diameter, 90 cm tall and weigh about 1 ton, with many lying on their sides or overturned in the pool. Some have had their shape altered by the impact of being dropped.

The containers were found stored in the improper manner in the 1990s. While the agency said the storage is secure from earthquakes and tsunamis, it has nonetheless decided to improve the situation.

The extractions have been delayed by about 10 years from the original plan and are expected to begin in the mid-2030s.

The Tokai Reprocessing Plant was the nation's first plant that reprocessed spent fuel from nuclear reactors to recover uranium and plutonium. Between 1977 and 2007, about 1,140 tons of fuel were reprocessed. The plant's dismantlement was decided in 2014 and is expected to take about 70 years at a cost of 1 trillion yen.