Japanese TV personality Dewi Sukarno, widow of former Indonesian President Sukarno, has traveled to Ukraine, with Japan's government on Tuesday saying she should not have made the journey to the Eastern European state invaded by Russia.

On Monday, Dewi visited the Ukrainian capital of Kyiv and its suburb of Bucha, where hundreds of civilian bodies were unearthed last year, to deliver relief supplies such as warm clothes and diapers to internally displaced people. 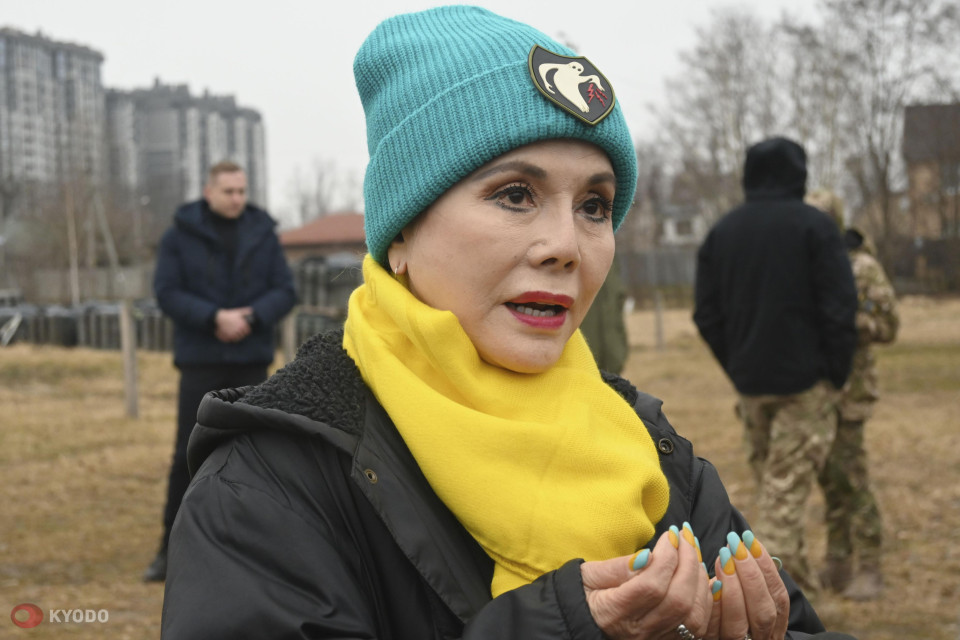 Japanese TV personality Dewi Sukarno, widow of former Indonesian President Sukarno, visits a church in Bucha in the suburbs of the Ukrainian capital of Kyiv on Jan. 23, 2023. (Kyodo)

The personality, known as Madame Dewi in Japan, arrived in Ukraine on Sunday, two days ahead of the 11-month anniversary of Russia's invasion on Feb. 24, 2022. She was one of several women to marry Sukarno, the first president of Indonesia.

Citizens in Ukraine "have been in a difficult situation, with no heating and no stable telephone connection," Dewi told Kyodo News, asking the Japanese government to become "more proactive in providing support" to the country.

Chief Cabinet Secretary Hirokazu Matsuno said at a regular press conference in Tokyo on Tuesday that the government has "recommended Japanese nationals do not travel" to Ukraine "for any purpose" since Russia invaded its neighbor in early 2022.

Japan will "continue to offer assistance" to people in Ukraine, who have been facing a "national crisis," said Matsuno, the top spokesman of the government under Prime Minister Fumio Kishida.

Over 60% of Ukrainian evacuees in Japan unemployed: survey