Japanese Prime Minister Fumio Kishida was evasive about when or whether he will visit Kyiv despite a request from Ukrainian President Volodymyr Zelenskyy, saying Friday that nothing has been decided at this time.

Kishida said he told Zelenskyy during phone talks earlier in the day that he will consider visiting Kyiv by "taking into account various factors," while condemning Russia for its continuous military attacks on Ukraine and pledging support for the Ukrainian people to tide them over the severe winter.

During a meeting on Wednesday with Kuninori Matsuda, the Japanese ambassador to Ukraine, Andriy Yermak, head of the Ukrainian president's office, conveyed Zelenskyy's wish for Kishida to visit the Eastern European nation at some point.

Kishida also told reporters after the conversation that Japan will beef up cooperation with Ukraine as the 2023 chair of the Group of Seven industrialized countries, which have been imposing economic sanctions on Russia over the ongoing war since February 2022. 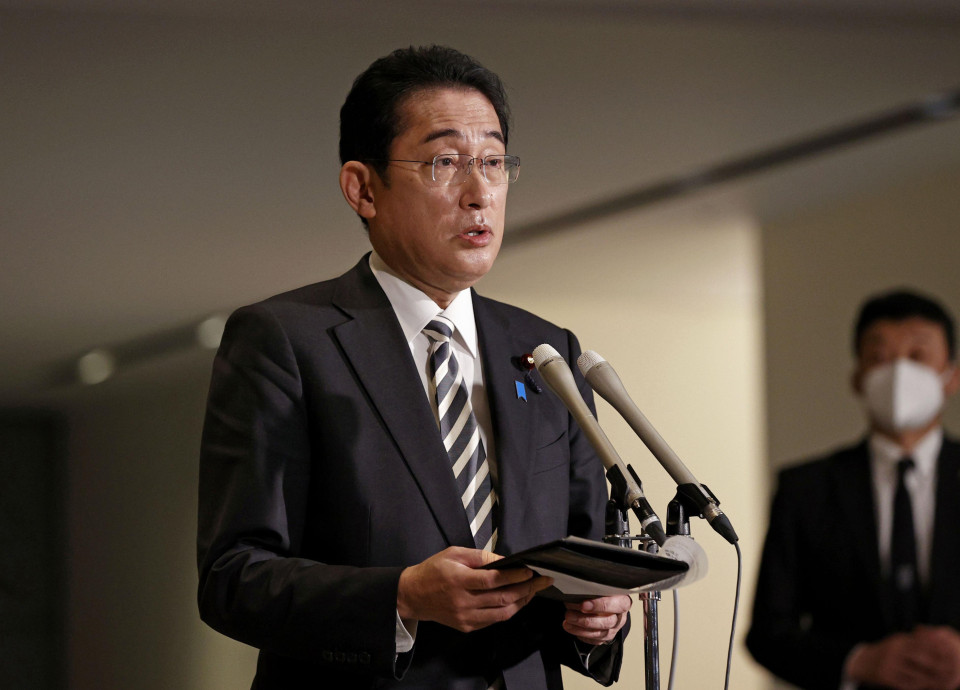 Zelenskyy showed his "deep gratitude" for Tokyo's assistance so far to Kyiv, while explaining the current situation in his country, according to Kishida.

Leaders or foreign ministers from other G-7 states, such as Britain, France and Germany, have already visited the Ukrainian capital, with Japan being the only exception. Zelenskyy met with U.S. President Joe Biden in Washington late last month.

Kishida is set to make a weeklong trip to France, Italy, Britain and North America from Monday, but the Japanese government has not yet revealed whether he will visit Ukraine.