Two Japanese fighter planes landed in the Philippines on Tuesday for the first time since World War II, as part of cooperation between Japan's Air Self-Defense Force and the Philippine Air Force.

The two F-15 fighter jets arrived at Clark Air Base, where around 60 ASDF members have been taking part in the exchanges being held from Nov. 27 to Dec. 11 in a bid to promote mutual understanding and defense cooperation between the forces of the two countries, according to the ASDF. 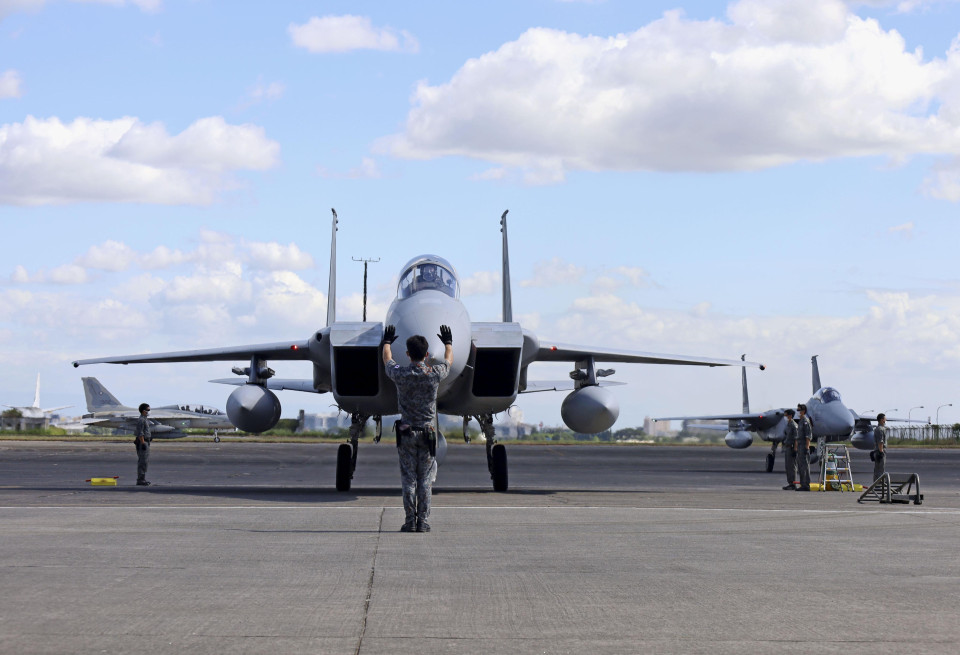 The fighters' arrival marked a milestone in the history of defense exchanges of Japan and the Philippines, Lt. Col. Shotaro Arisawa, a squadron commanding officer of the ASDF, said at a ceremony held at the base in Mabalacat, north of Manila, on the main island of Luzon.

Col. Leo Fontanilla, a commander of the Philippine Air Force, said it will continue to work "hand-in-hand" with the ASDF "to advance our friendship and partnership and to strengthen both our air forces to effectively and efficiently sustain peace and stability in our region."

Together with the two F-15s, a refueling aircraft and a transport airplane were dispatched to the base, the ASDF said.

Philippine Air Force's commanding general, Lt. Gen. Connor Anthony Canlas, told Kyodo News late last month that he welcomes the first visit by Japan's fighter jets to the Philippines since the war, saying the Japanese "are now our allies" who believe in the rule of law.

During the war, when Imperial Japan occupied the Philippines for more than three years, it utilized the air field in part as a launching base for kamikaze suicide attacks against American forces.

Amid China's assertive military activities in the South China Sea, the Philippines and Japan have been boosting defense cooperation.