The leaders of Japan and the Philippines agreed Wednesday their countries will further strengthen cooperation in sectors such as security, energy and infrastructure, according to the Japanese government. 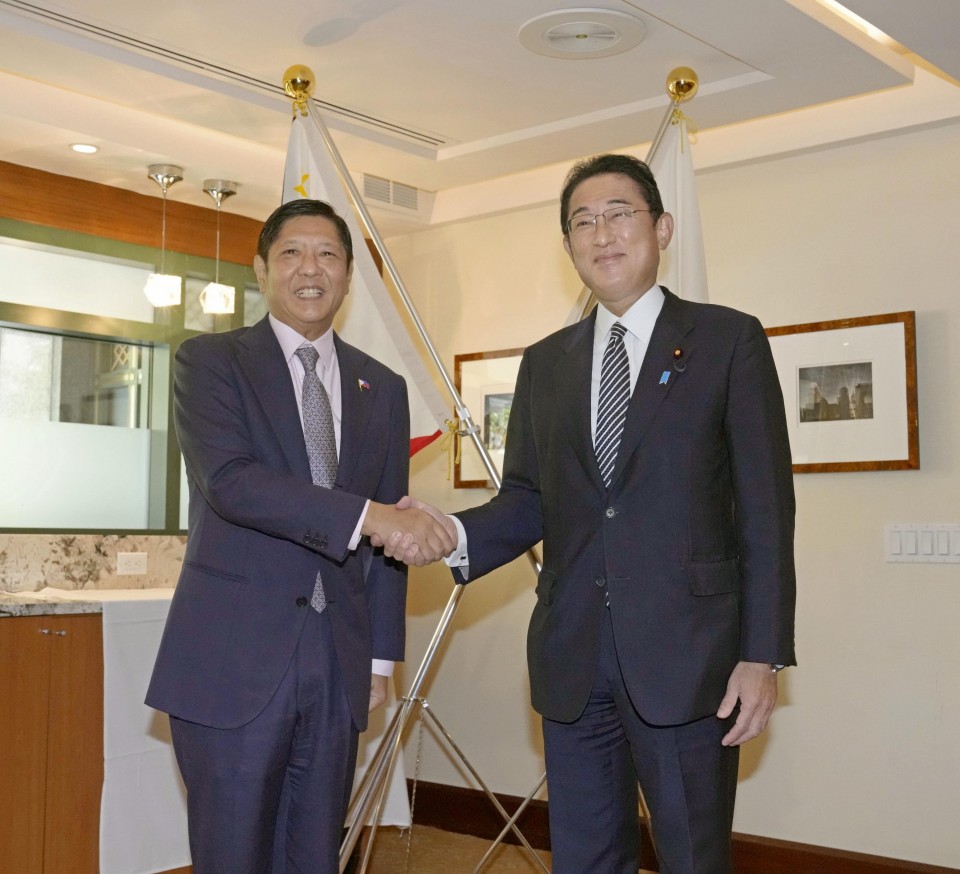 Kishida and Marcos, who met on the sidelines of the U.N. General Assembly annual gathering, also exchanged views over the issue of "economic coercion," a phrase often used as a veiled criticism of Beijing's extensive use of industrial subsidies to get other countries to make concessions.

The talks were the first in-person summit meeting between Japan and the Philippines since the current Philippine leader, the son of the late Philippine dictator Ferdinand Marcos, took office in late June after winning a landslide victory in the presidential election.

China has routinely sent ships to the East China Sea to navigate waters near the Japan-controlled Senkaku Islands, which Beijing claims and calls Diaoyu. China is also involved in territorial disputes with the Philippines and other Southeast Asian countries over the South China Sea.

Kishida and Marcos confirmed that their governments will continue making arrangements for an early visit to Japan by the new Philippine leader, the ministry said.