"The Red Sox made their first major counter move to the rival Yankees, agreeing to a five-year, $90 million deal with Japanese outfielder Masataka Yoshida," MLB.com reported earlier in the day.

"The club has not confirmed the move," it said. "The Red Sox will have to pay a $15.375 million posting fee to the Orix Buffaloes based on the $90 million contract for Yoshida." 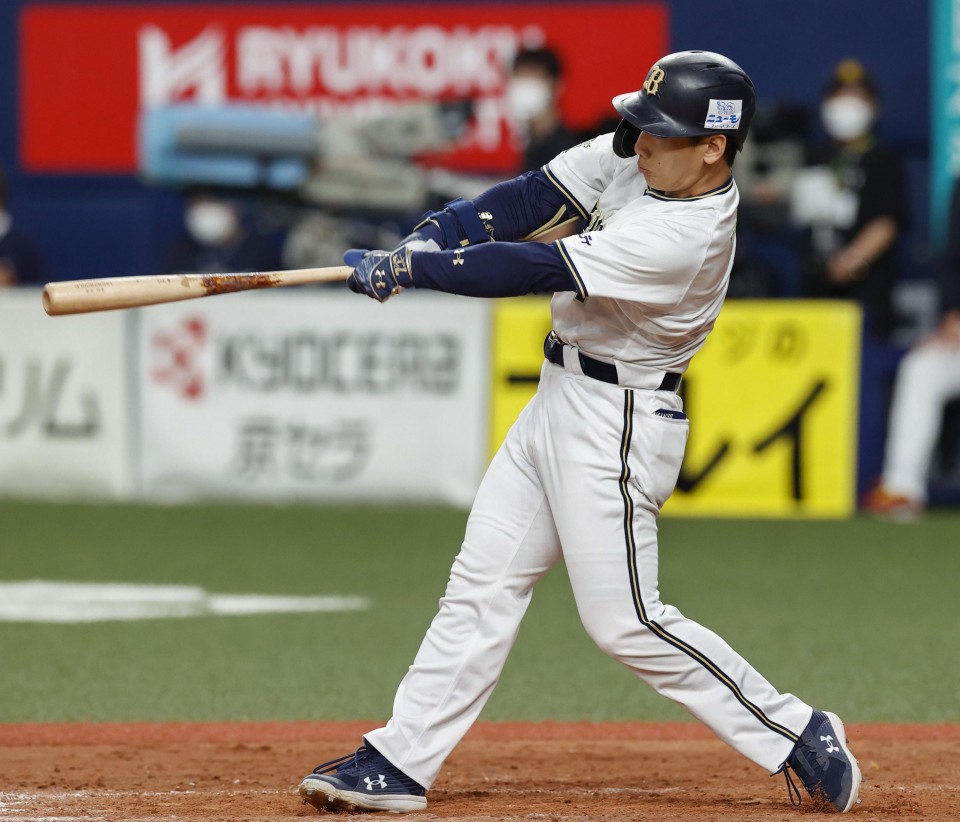 Masataka Yoshida of the Orix Buffaloes hits a game-tying RBI single in the ninth inning of a Pacific League game against the SoftBank Hawks on Sept. 19, 2022, at Kyocera Dome Osaka, western Japan. (Kyodo)

Yoshida was quickly picked up by Boston after the 45-day negotiation window opened the same day for the 29-year-old left-handed hitter, who was posted by the Osaka-based Buffaloes.

The Red Sox finished last in the AL East this year with a 78-84 record.

In the 2022 postseason, Yoshida helped the franchise win its first Japan Series title since Ichiro Suzuki and the Orix BlueWave triumphed in 1996. Yoshida hit a walk-off two-run homer in Game 5 of the series.

If it materializes, Yoshida's deal will be the highest ever signed by a Japanese position player at the time of a move from Japan to the United States. Before the 2022 season, the Chicago Cubs signed outfielder Seiya Suzuki to a five-year, $85 million contract.

Yoshida, Orix's first-round pick out of Aoyama Gakuin University in the 2015 Nippon Professional Baseball draft, led the Pacific League in batting average for two years in a row from 2020.

Yoshida also played for Japan at last year's Tokyo Olympic baseball tournament, contributing to the host nation's gold-winning campaign. He has a .327 career batting average with 133 homers and 467 RBIs over seven seasons, all with the Buffaloes.