A significant easing of China's stringent "zero-COVID" policy announced Wednesday amid the continued spread of the coronavirus has triggered confusion and anxiety among the public, with cold medicines flying off the shelves and health authorities no longer tracing positive cases.

The relaxed steps include allowing those with no or mild symptoms of COVID-19 to be quarantined at home instead of at designated facilities, boosting demand for medication. 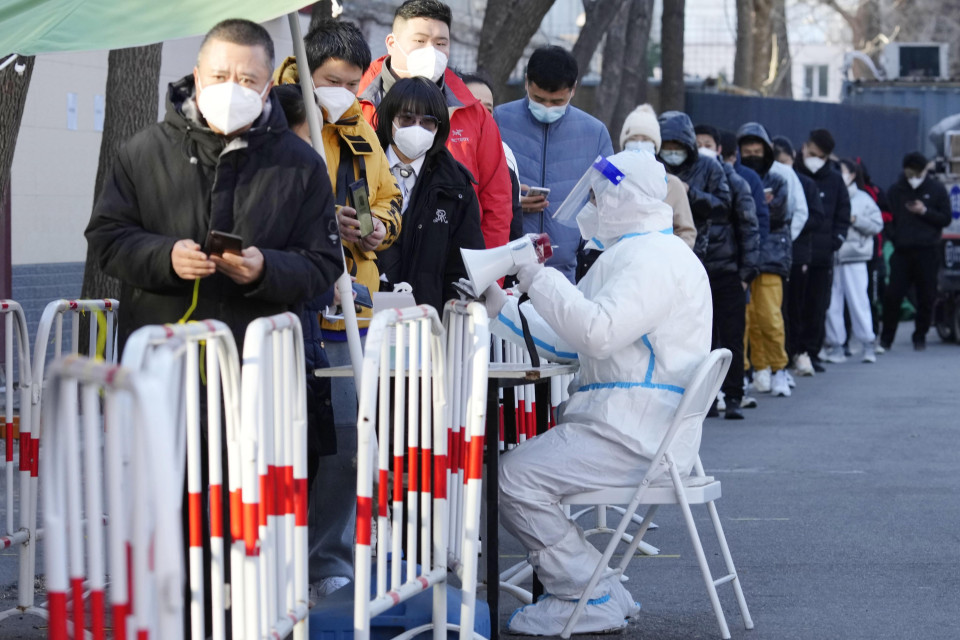 The easing followed rare nationwide protests against lockdowns and other severe restrictions in late November. Many citizens welcomed the latest measures but were at the same time worried about infection.

People traveling across Chinese regions are no longer checked for negative status, with entry into many public spaces similarly not requiring a negative test result on a smartphone app.

However in Beijing, some places including restaurants still require a negative test result issued within the past 48 hours, so many people lined up for free PCR testing.

Over the past several days, a number of people complained that their test results had not shown up on their app, with health authorities explaining it was because they were suspected cases.

At PCR testing sites, samples of 10 people are usually screened together. When tests came back positive, the authorities used to conduct fresh examinations to identify positive cases among those suspected.

But the authorities have apparently ceased to trace positive cases, with some testing sites putting up a notice saying, "When your test results do not come out, do not make inquiries." 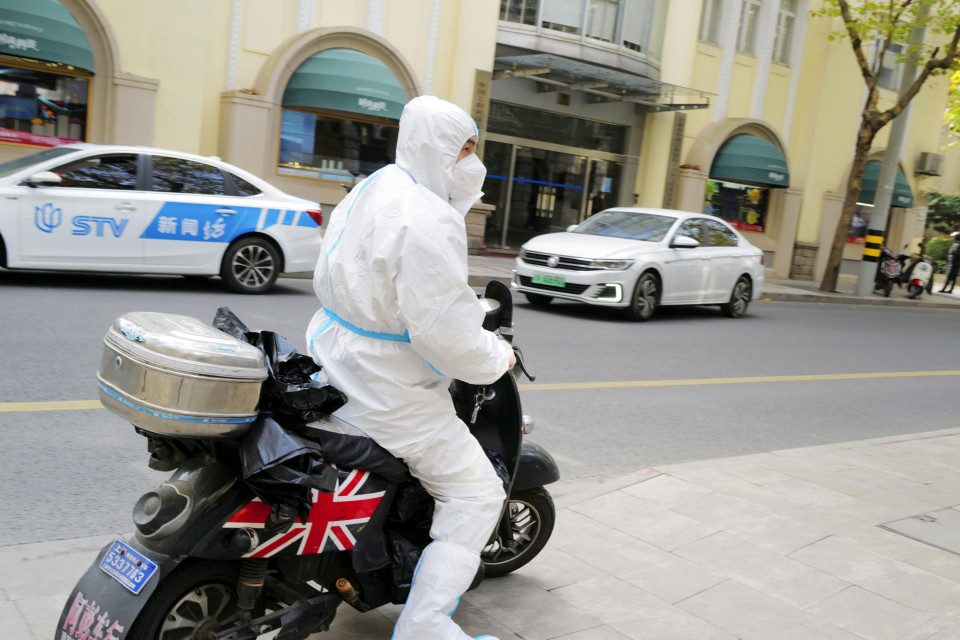 Photo taken in Shanghai on Dec. 8, 2022, shows a motorcyclist in protective gear in a residential area designated by authorities as being high risk for COVID-19 infections. The central government recently eased coronavirus restrictions. (Kyodo) ==Kyodo

China had put emphasis on the early detection of virus infections through incessant mass screenings. But it became difficult to maintain the testing regime due to mounting costs and a lack of manpower amid a recent surge in the nation's COVID-19 cases, which hit record highs last month, according to government sources.

The newly eased measures also include banning restrictions on sales of over-the-counter cold medicines, with pharmacies around the country required to maintain regular operations to meet the basic needs of the public.

Items such as cough medicines were sold out Thursday at some pharmacies and online sales required one month for delivery. Health officials pledged at a press conference to quickly deal with problems to alleviate public concerns.

Since the start of anti-lockdown protests, which have included calls for President Xi Jinping to step down, China has increasingly called for "optimized" anti-virus measures, stressing that the virulence of the Omicron variant is weakening.

The protracted anti-virus measures had slowed down the growth of the world's second-largest economy, with a 3.9 percent expansion from a year earlier recorded in the July to September period. Beijing had earlier set its 2022 growth target at around 5.5 percent.

Premier Li Keqiang told World Bank President David Malpass in their meeting in Anhui Province on Thursday that China's economic growth will continue to pick up pace following the implementation of the new optimization and adjustment measures, according to state media.