China announced Wednesday additional measures to relax its strict "zero-COVID" policy, including allowing those with no or mild symptoms of the disease to be quarantined at home instead of designated facilities after rare nationwide protests against the restrictions erupted in late November.

Although the country's leadership under President Xi Jinping has not ditched its signature policy of implementing stringent COVID restrictions, some features, such as requiring a negative test result to access many public spaces, have been removed since the anti-lockdown protests took place to reduce public frustration. 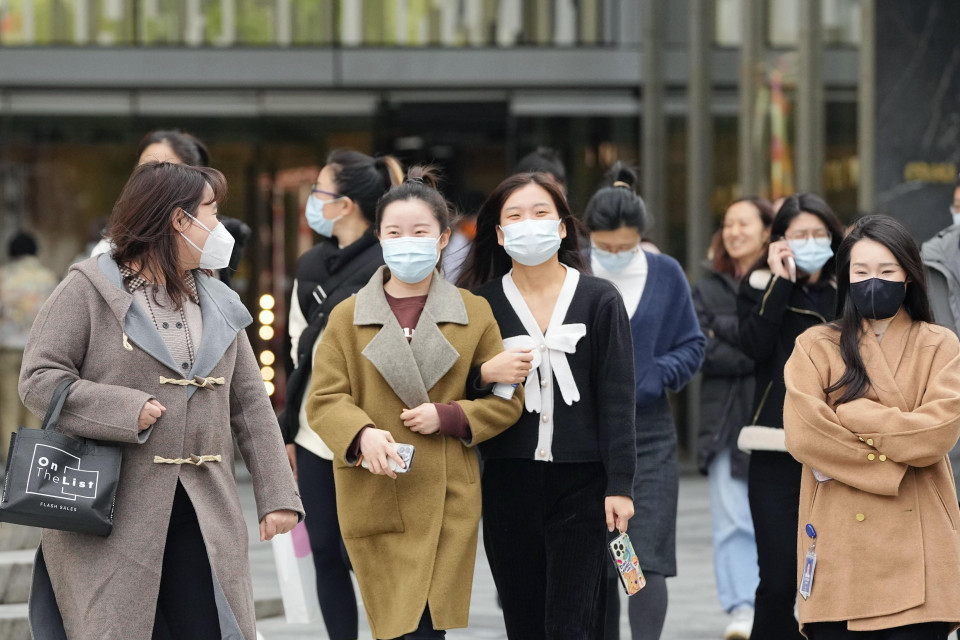 The National Health Commission also said Wednesday that the scope and frequency of PCR testing will be reduced, and people traveling across Chinese regions will no longer be checked for negative status.

It said high-risk areas subject to lockdowns should be designated according to buildings, units, floors and households rather than entire communities and must not be arbitrarily expanded.

In China, wide areas had been locked down if even one COVID case was detected. People in isolated areas were banned from leaving their homes and often found it difficult to procure adequate food and other daily necessities.

The easing was announced amid a shortage of designated quarantine facilities, with nationwide infections remaining relatively high at around 25,000.

Those sent to makeshift hospitals for quarantine in various cities, including Beijing and Shanghai, had complained about poor conditions, such as clogged toilets and slow food distribution.

Requirements of frequent PCR testing had also increased financial burdens on local governments because they were provided free of charge.

Since the start of anti-lockdown protests, which have included calls for Xi to step down, China has increasingly called for "optimized" anti-virus measures, stressing that the pathogenicity of the Omicron variant is weakening.

The protracted anti-virus measures had slowed down the growth of the world's second-largest economy, with a 3.9 percent expansion from a year earlier recorded in the July to September period. It is believed Beijing will have a hard time achieving its growth target of around 5.5 percent for 2022.