The Yakult Swallows' record-breaking slugger Munetaka Murakami will be posted to the major leagues after the 2025 season.

The 22-year-old third baseman, who became Japan's youngest Triple Crown winner this year, signed a three-year deal worth an estimated 600 million yen ($4.4 million) per year plus incentives with the Central League club on Friday, up from 220 million yen plus incentives for this past season.

"I'm just grateful to have signed a deal like this," Murakami said in response to the Tokyo-based club's decision to give him a chance to play in the majors after three more seasons in Japan. "I'll need to work even harder." 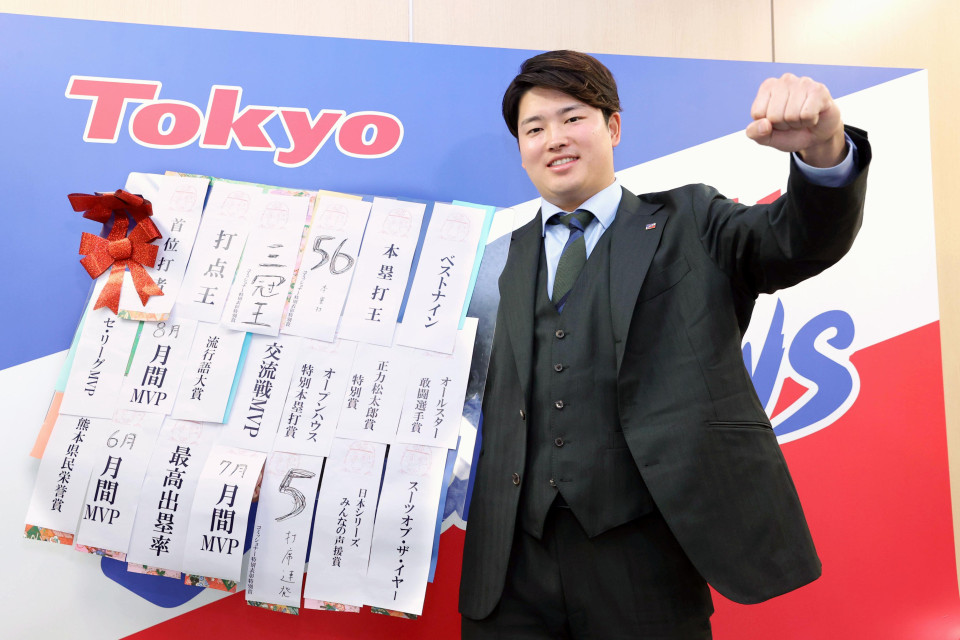 Munetaka Murakami poses with a smile after signing a three-year deal worth an estimated 600 million yen per year with the Yakult Swallows on Dec. 9, 2022, in Tokyo. (Pool photo)(Kyodo)

As for the jump in annual pay, the two-time CL MVP said, "I think I've produced results that deserve this. I'd be surprised if I got 600 million yen without doing anything, but I worked hard."

Earlier in the week, SoftBank Hawks outfielder Yuki Yanagita, the highest-paid position player in Japan, signed for an estimated 620 million yen for 2023, the fourth year of his seven-year contract with the Pacific League club.

"It would be a huge blow to our club," Swallows President Tsuyoshi Kinugasa said of Murakami's planned departure. "But he is a treasure in the baseball world. I'm sure baseball fans in Japan want to see him play in the majors." 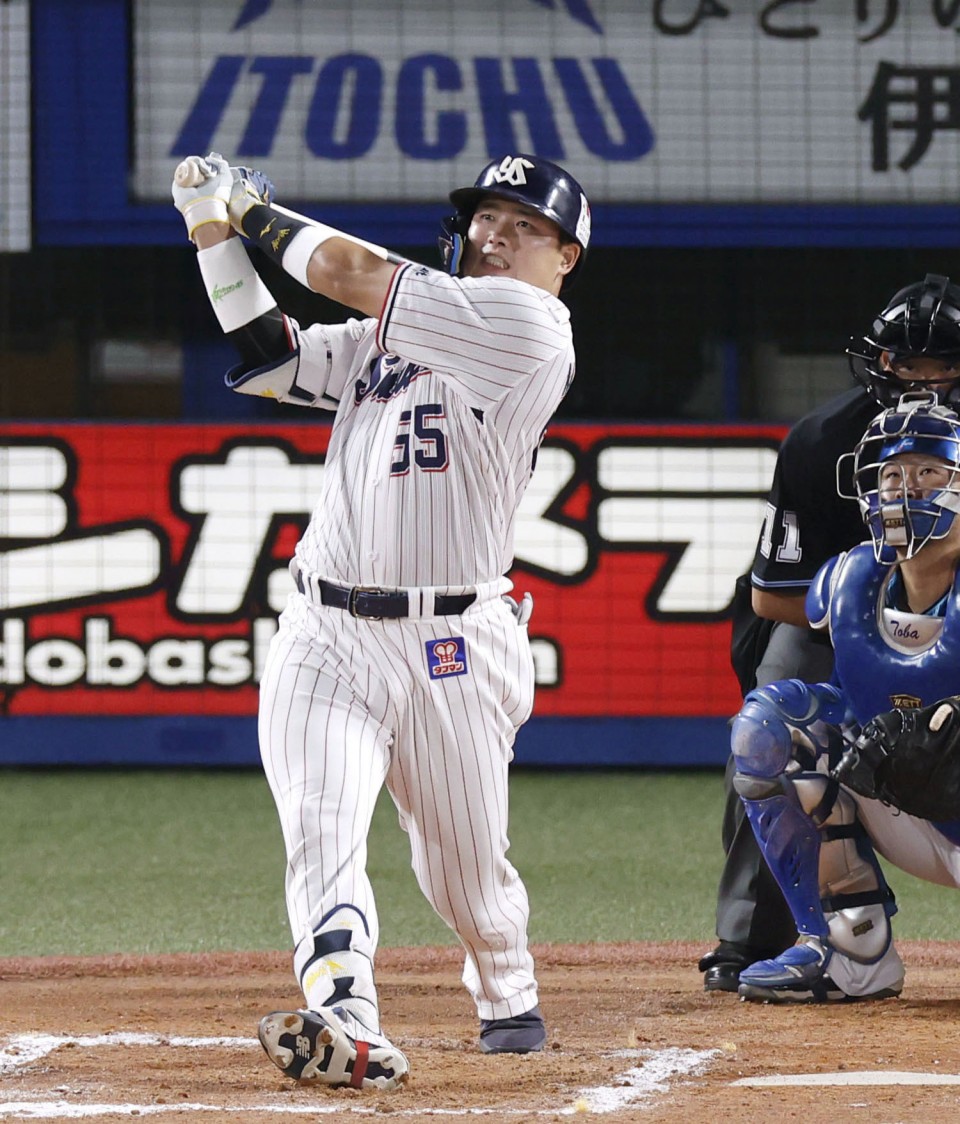 Munetaka Murakami of the Yakult Swallows hits his 56th home run of the season in the seventh inning of a Central League baseball game against the DeNA BayStars on Oct. 3, 2022, at Jingu Stadium in Tokyo. (Kyodo)

The Swallows plan to use the posting system for Murakami to start his major league career early as he earns the right to become an international free agent in 2027 at the earliest.

Murakami also batted .318 and drive in 134 runs to become the eighth Triple Crown winner in Japanese baseball history while helping the Swallows to their second successive CL pennant.