After the 22-year-old became Nippon Professional Baseball's youngest batting Triple Crown winner in October, fans coined the word "Murakami-sama" in a play with words over his name and the kanji Chinese character "kami," which means god in Japanese, and further added the honorific suffix "-sama." 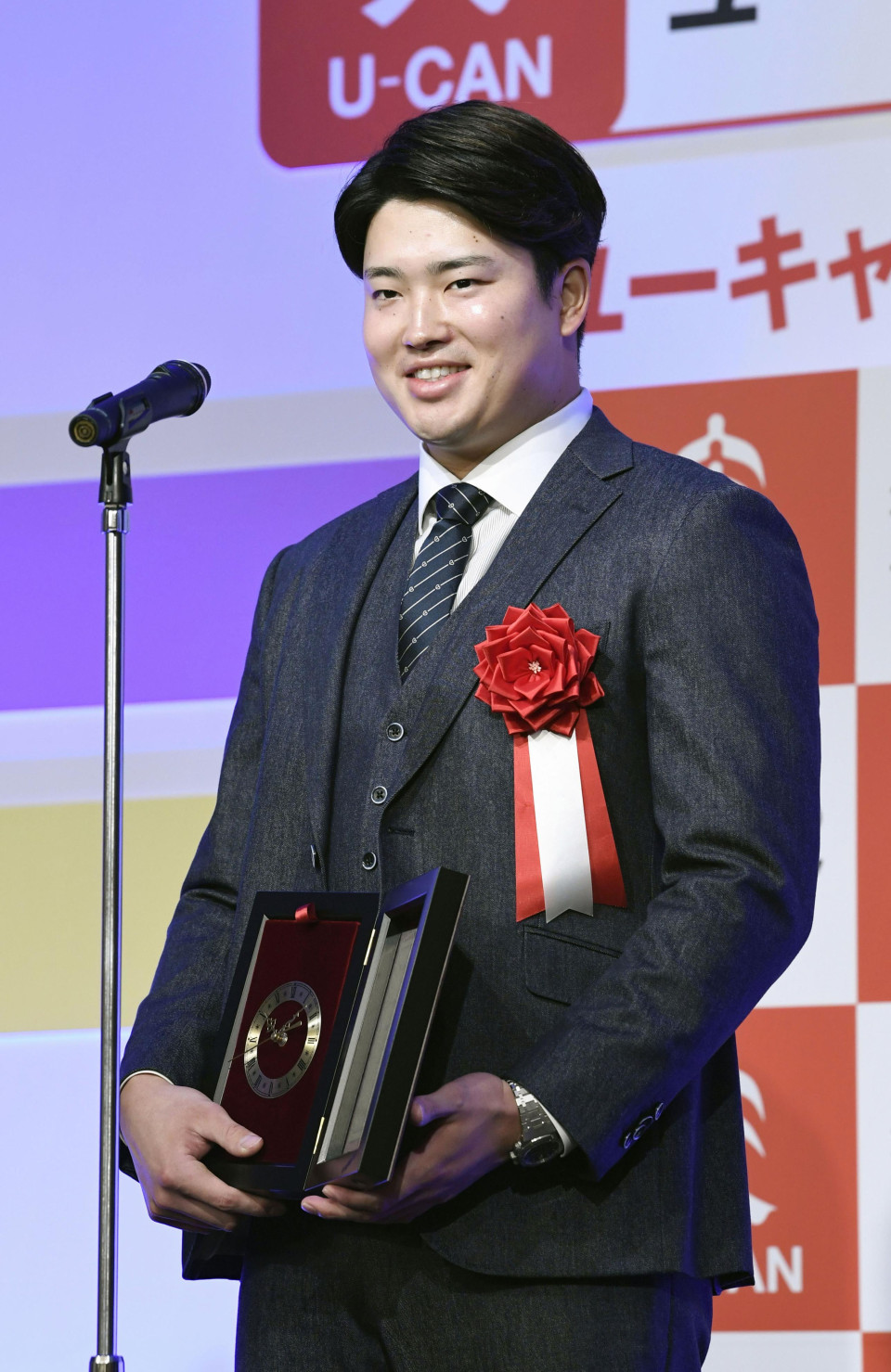 Also in the top 10 this year was the phrase "shiran kedo," roughly meaning "I don't know for sure though," in the dialect of the Kansai area of western Japan, which has become popular among younger generations and is used when the speaker wants to avoid making definitive statements.

Another word that made the list was "kokusogi" (state funeral) after such a funeral was held in September for former Japanese Prime Minister Shinzo Abe, who was shot and killed in July over his alleged ties to the controversial Unification Church.

Abe's gunman is said to have harbored a grudge against the group due to his mother's massive donations and believed the former premier had connections with it.

The phrase "shukyo nisei" (religious second-generation) in relation to children born to parents of a particular religious faith also made the top 10.