Average spending by households of two or more people stood at 298,006 yen ($2,100), the Ministry of Internal Affairs and Communications said. On a seasonally adjusted basis, spending rose a real 1.1 percent. 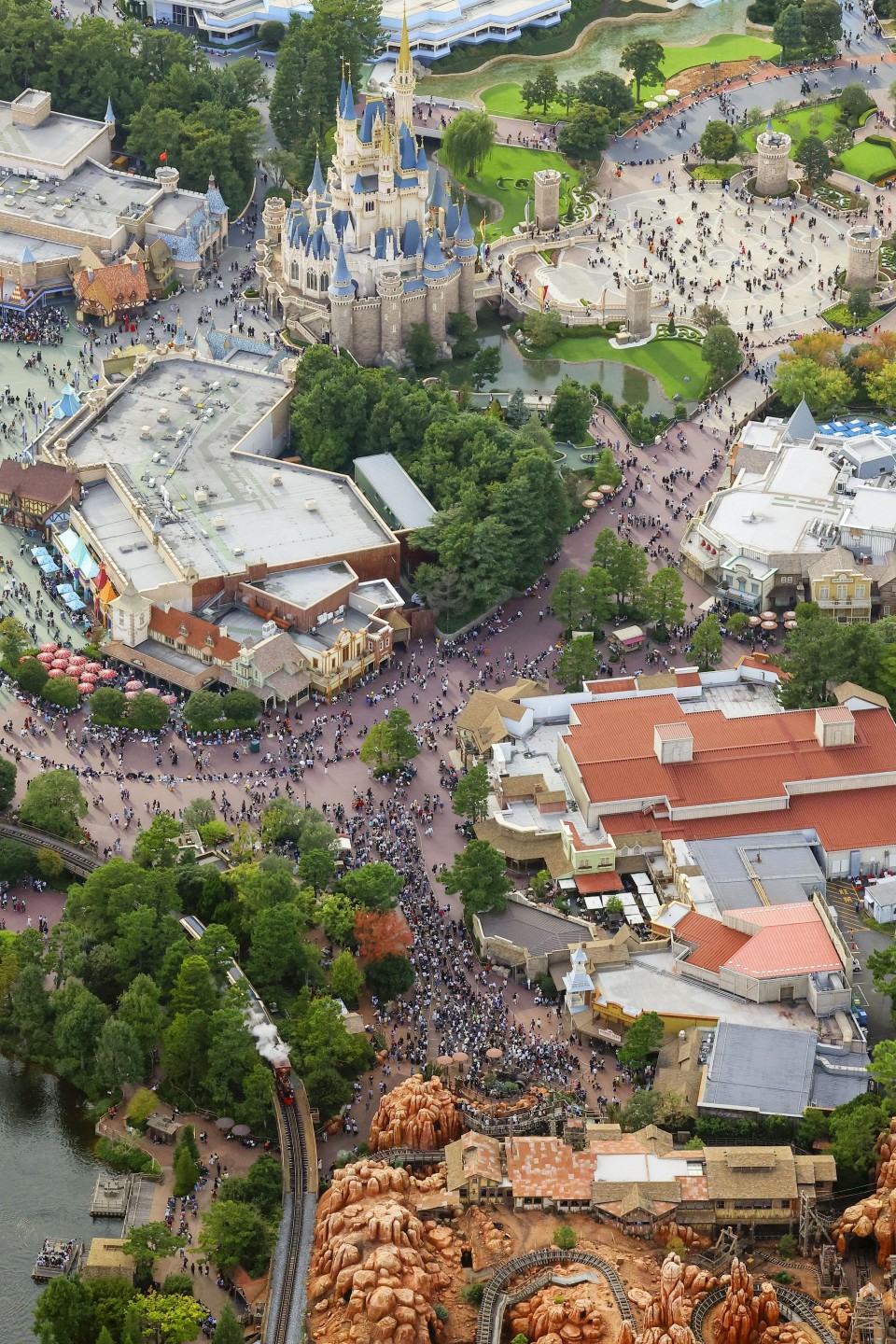 Photo taken from a Kyodo News helicopter shows Tokyo Disneyland in Urayasu near Tokyo crowded with people on Oct. 15, 2022, the start of the first weekend after the Oct. 11 introduction of a national travel subsidy program aimed at buoying the COVID-hit domestic tourism industry. (Kyodo) ==Kyodo

But real wages in October fell 2.6 percent from a year earlier, declining for the seventh consecutive month and threatening to dent consumption amid higher commodity prices and a weak yen, separate data showed.

Japan's core consumer inflation in October surged 3.6 percent from a year earlier, the fastest pace in about four decades.

The data came after the country's largest labor union decided last week to call for a pay hike of around 5 percent at annual wage negotiations next spring, the highest demand in 28 years.

Wage growth is important for the Bank of Japan to attain its 2 percent inflation target in a stable and sustainable manner.

Outlays on entertainment, hotel stays and package tours grew 8.0 percent, rising for the seventh straight month, following the launch of the subsidy program in October.

Spending on transportation and communication, including for train fares, increased 1.5 percent, while that on food products dipped 0.4 percent, marking the first decline in three months in a sign that more people dined out, the ministry said.

Spending on clothing and footwear increased 14.9 percent due to colder weather, it said.

Household spending is a key indicator of private consumption, which accounts for more than half of the country's gross domestic product.