Consumer prices in Tokyo gained 3.6 percent in November from a year earlier, marking the steepest increase since 1982 amid higher energy and food prices that are increasingly squeezing household budgets, government data showed Friday.

The yen's sharp depreciation has been inflating import costs for resource-poor Japan, with the core consumer price index excluding volatile fresh food items up for the 15th straight month, according to the Ministry of Internal Affairs and Communications. 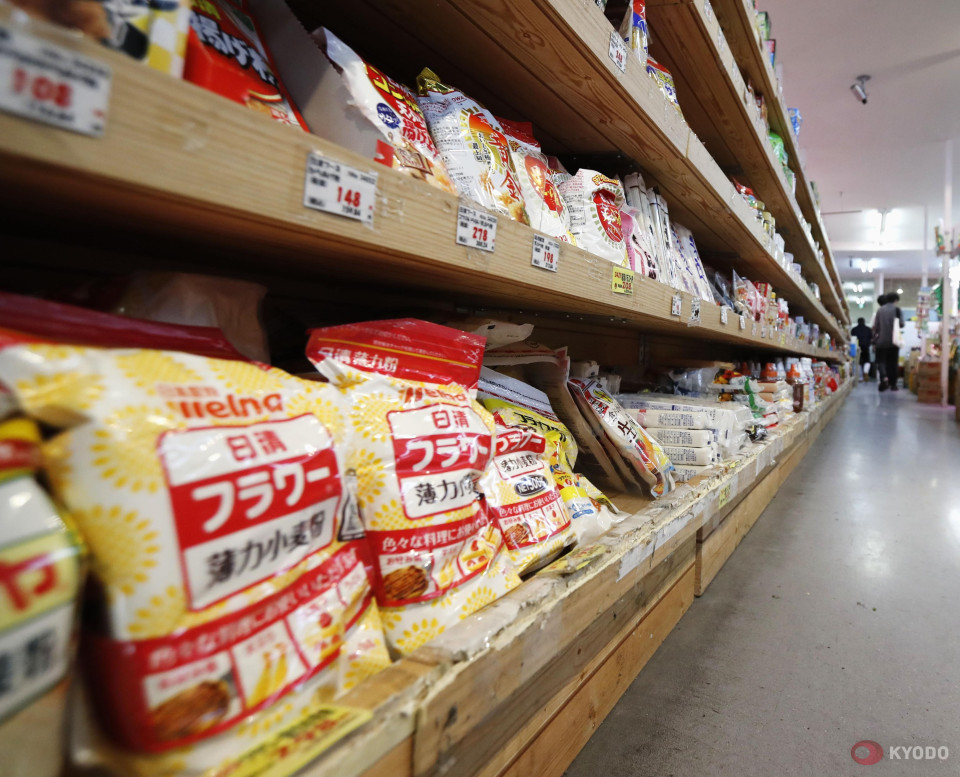 The inflation data for Tokyo is seen as an indication of what to expect nationwide and the latest figure shows inflationary pressure has been persisting. It stayed above the Bank of Japan's 2 percent target for the sixth straight month.

The pace of gain accelerated from 3.4 percent in October, with the November core CPI figure at its highest since the 4.2 percent recorded in April 1982. The gain in prices was larger than that which followed the country's introduction of a 3 percent consumption tax in 1989.

The rising cost of living has led the government to draw up inflation-relief measures for struggling households and businesses. The nationwide core CPI already reached 3.6 percent in October and economists expect further gains toward year-end.

Accelerating inflation has been complicating the BOJ's efforts to persist with an ultralow rate policy, a key factor behind the yen's sharp decline as its global peers have been raising interest rates to curb soaring inflation.

Governor Haruhiko Kuroda has said the sharp gains seen in recent months will not continue next year because most of them are due to higher commodity and import costs.

Still, higher prices of everyday goods are already dampening consumer sentiment although private consumption, a key component of the economy, has so far been supported by pent-up demand after the removal of anti-coronavirus curbs.

Following sharp gains, partly prompted by supply concerns amid Russia's war in Ukraine, crude oil prices have shown signs of stabilizing. But they have a lagging impact on utilities and the government is planning to reduce household bills for electricity and gas starting next year.

Helped by government subsidies to oil wholesalers to lower retail prices, gasoline prices slipped 0.8 percent, marking the first drop since February last year. The pace of gain in kerosene prices slowed to 6.7 percent from 11.4 percent in October, the data showed.

The overall gain in core CPI came despite a drag from accommodation fees, which fell 16.6 percent amid the government's discount program to revive local tourism hit by COVID-19. The government plans to retain the program next year.

The government and the BOJ stress the need for more robust wage growth, which is critical for Prime Minister Fumio Kishida's push for wealth redistribution and for the central bank to attain its 2 percent inflation target in a stable and sustainable fashion.

The continued rise in inflation has not swayed the BOJ into tweaking its monetary policy because it takes the view that the current inflation is not backed by wage growth and strong domestic demand but external factors such as commodity prices.

So-called core-core CPI, which strips away both energy and fresh food, rose 2.5 percent, up for the 8th straight month.