One month after the crowd crush that killed 158 people in central Seoul, bereaved families are still demanding the truth of the tragedy, which has been widely blamed on inadequate measures by the authorities.

The deadly crush occurred at around 10:15 p.m. on Oct. 29 in a narrow street in the Itaewon entertainment district, where tens of thousands of people had reportedly gathered to join the first Halloween revelry since COVID-19 restrictions were eased.

"It was not an accident that could have been prevented by preemptive measures," such as deploying more police officers, South Korea's Interior and Safety Minister Lee Sang Min said after the accident.

His comment drew harsh criticism that the government was trying to duck responsibility for what happened. Public anger grew even stronger when it emerged that the police received the first call warning of danger at around 6:34 p.m., more than three hours before the crush. 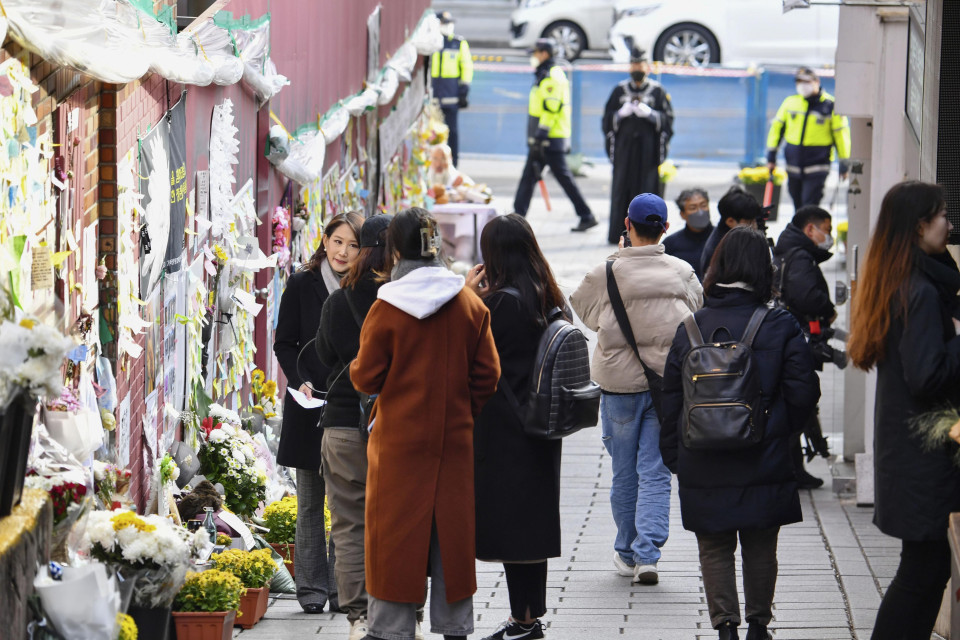 People visit the scene of a crowd crush that killed 158 people in central Seoul on Nov. 29, 2022, one month after the tragedy occured in the South Korean capital's Itaewon entertainment district. (Kyodo)

Police and fire officials have been summoned for questioning before the National Assembly to find out exactly what caused the accident, with some of them later stepping down from their posts.

A special investigation team earlier this month raided 22 locations, including the interior ministry and the Seoul metropolitan government, as part of a wide-ranging probe into authorities' allegedly inadequate response.

South Korean President Yoon Suk Yeol apologized at one of the memorial events held by a religious organization. But the victims' families have strongly condemned him for still not making a public one.

"The president, as the one responsible for securing life and safety under the Constitution, should make a sincere apology to all the victims as soon as possible and promise responsible...measures," a group of lawyers said last Thursday at a press conference with the bereaved families. 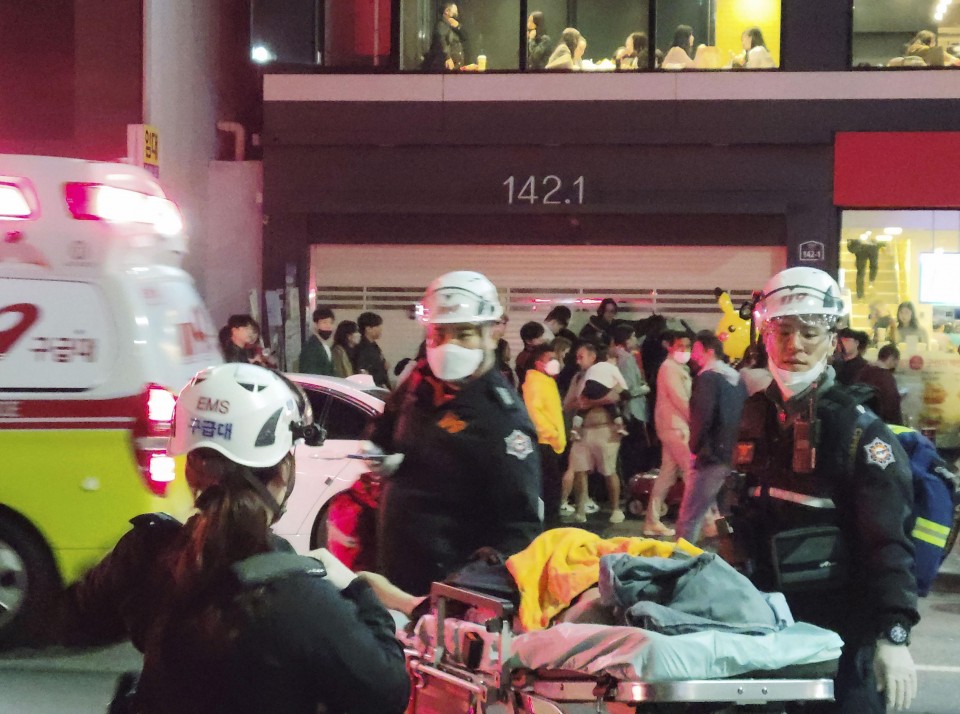 Rescue workers attend to a person in the Itaewon district in Seoul on Oct. 30, 2022. (Kyodo)

The families asked for full and fair disclosure of the truth through a thorough investigation.

"The reality is that the government is doing nothing after giving the families money for holding funerals," Yoon Bok Nam, one of the lawyers, said.

"It is totally un-understandable that exactly how and when my son died remains unknown," one of the family members tearfully and angrily said at the press conference.

Another family member called for the government to arrange an opportunity for the families to gather, share their thoughts and help each other relieve their pain.

"We feel as if the government regards us like an anti-government organization or something," he added.

When asked about a possible public apology from Yoon on the occasion of the tragedy's one-month anniversary at a press conference on Monday, Lee Jae Myung, a deputy spokesperson of the presidential office, said only that he will see whether there will be any message from the president.

Yoon did not offer a public apology on Tuesday.