South Korea's police agency chief on Tuesday acknowledged that insufficient measures were taken by the police ahead of the Halloween crowd surge in Seoul, despite several emergency calls made prior to the crush.

Yoon Hee Keun, commissioner general of the Korean National Police Agency, told a briefing that the calls made to the police were about the seriousness of the situation in the area where crowds had surpassed expectations.

As of Tuesday, the death toll from the crush had risen to 156, of which 26 were foreigners from 14 countries, according to the South Korean government. 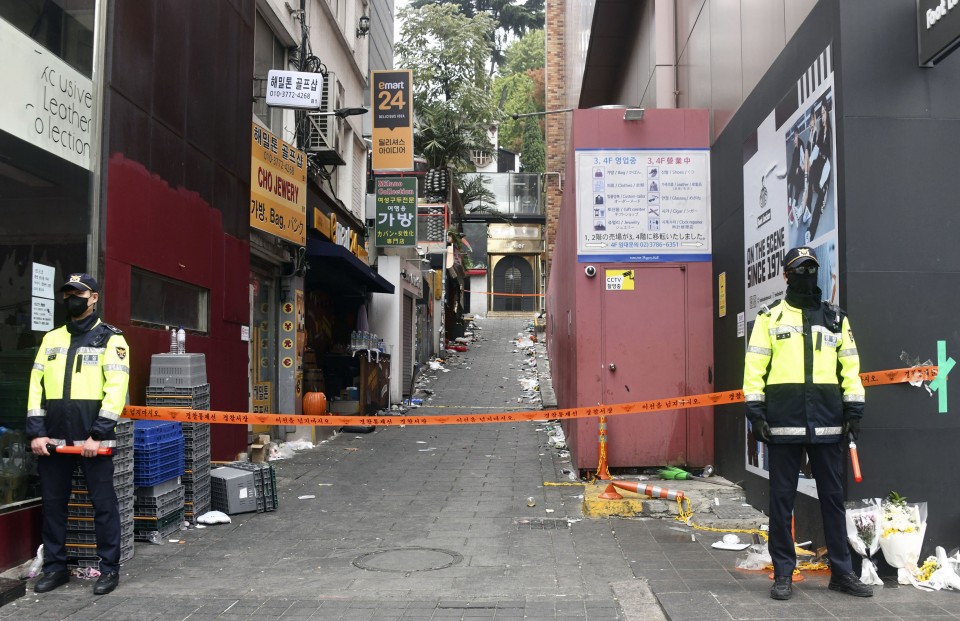 Police stand guard on Nov. 1, 2022, at a cordoned-off area where a deadly crowd crush took place in Seoul's Itaewon during Halloween festivities over the weekend. (Kyodo)

"We have judged that the police response at the site was insufficient...and the police will hold a thorough investigation, especially regarding whether appropriate measures were taken at the site after emergency calls were received," Yoon said, adding he feels a deep sense of responsibility.

According to records of the emergency calls released by the police later in the day, a total of 11 calls were received prior to the crush around 10:15 p.m., with the first one asking for deployment of police to the site made at 6:34 p.m.

The police have been harshly criticized for deploying only 137 officers in the Itaewon district of central Seoul where the deadly crush occurred on Saturday night, even though around 100,000 people were expected to gather.

The police have said that security measures were more focused on cracking down on crime and there was no manual for crowd control in the absence of a specific organizer.

South Korea's Prime Minister Han Duck Soo, in his briefing with foreign press about the handling of the crush, stressed that the question of whether adequate measures had been taken must be thoroughly investigated.

It "was a voluntary gathering and if there had been an organizer, we could have discussed deeper (over how many police officers to deploy), and that is one of the things I regret," Han said.

South Korea's Interior and Safety Ministry said in a separate briefing earlier in the day that it will come up with new laws or a manual for such cases without a specific host.

Seoul Mayor Oh Se Hoon deeply apologized over the accident in the city, and in tears, vowed to do all he could to take care of the victims. 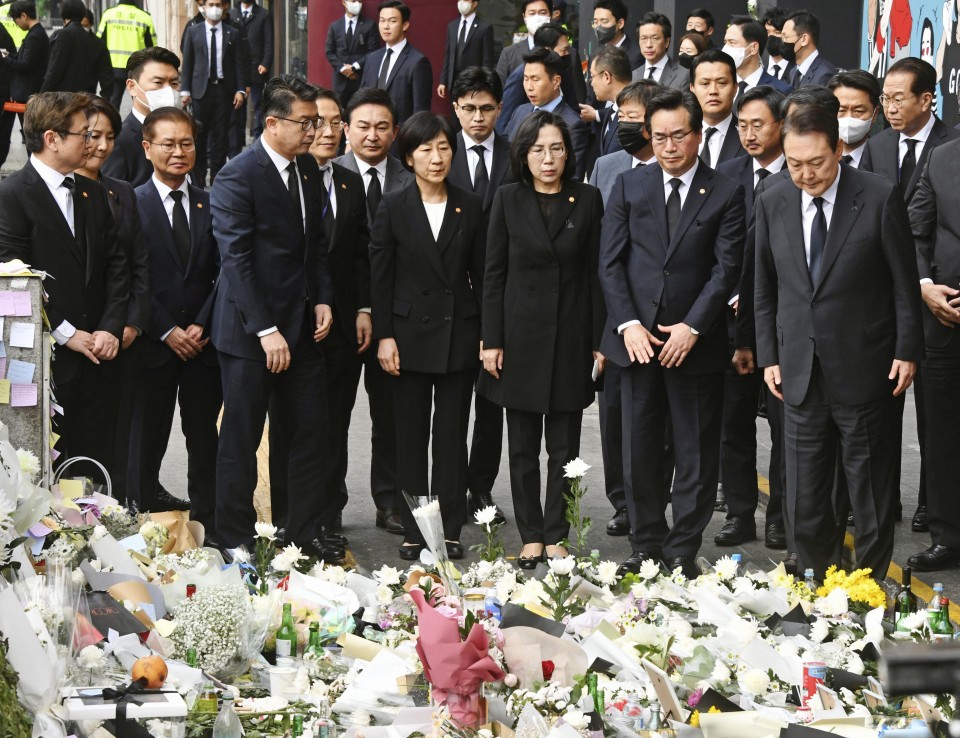