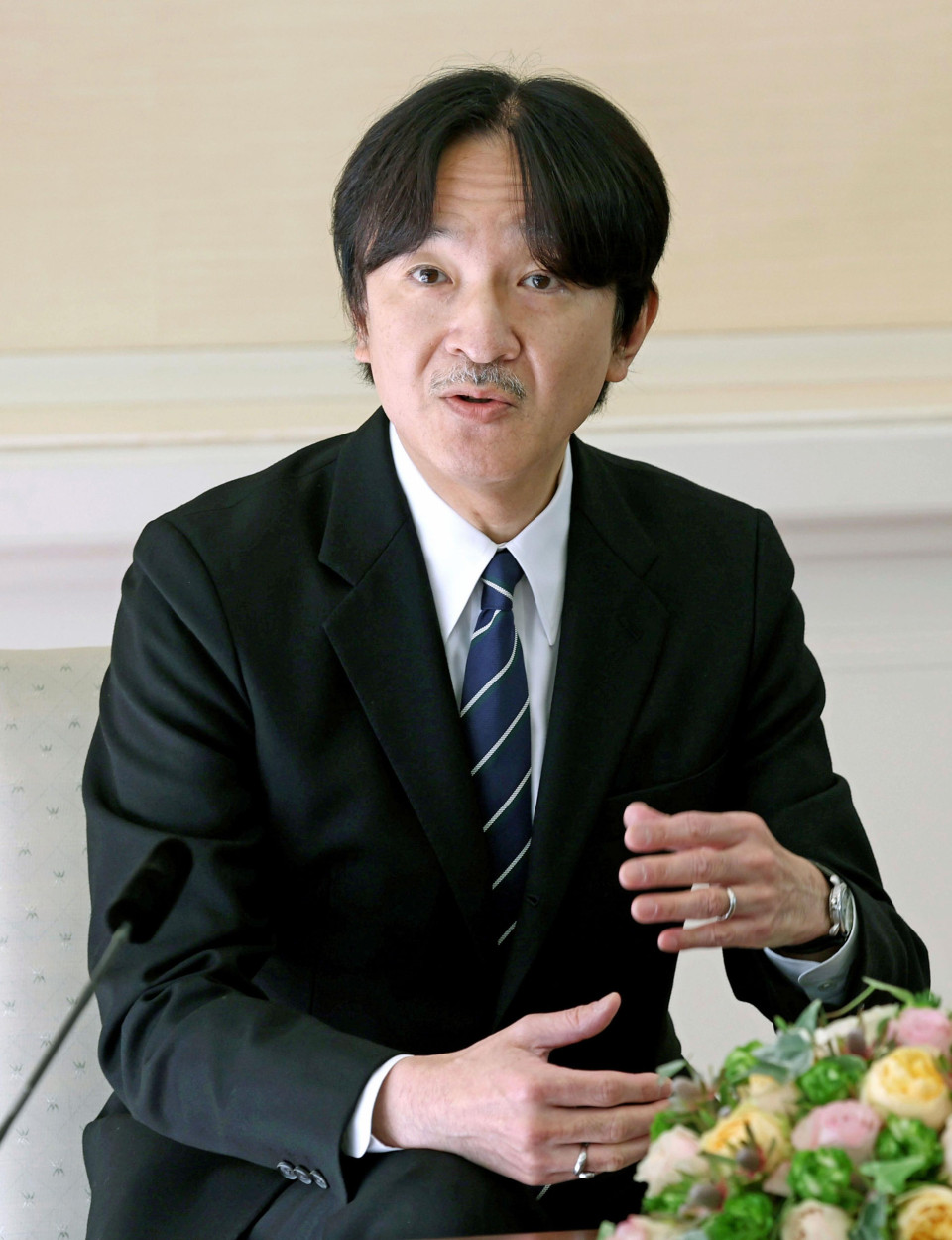 Crown Prince Fumihito, the younger brother of Emperor Naruhito, stressed on the occasion of his 57th birthday Wednesday the need for the imperial family to provide "accurate information in a timely manner," and the importance of making trustworthy sources better known to the public.

The comments, made at a press conference in Tokyo ahead of his birthday, came after the controversial marriage of his eldest daughter former princess Mako Komuro resulted in a slew of news articles that could be considered libelous.

Although the crown prince had touched on the need to establish "criteria to refute" fake news at a similar press conference held before his birthday last year, he acknowledged that after examining such news himself it "would require a great deal of effort" and may not be feasible.

The Imperial Household Agency is considering increasing the number of staff involved in information dissemination and revamping its website to improve public relations.

The crown prince suggested that having imperial family members post information directly would be "more straightforward," and said that while he would probably not use social media "it is a possibility."

Last December, a government panel proposed allowing female members who marry commoners to retain their imperial status, with the proposal submitted to the Diet.

Refraining from commenting on possible changes to the system, the crown prince said nothing is currently being discussed regarding the marriage of his second daughter Princess Kako.

"We hold the position that we will respect her wishes as much as possible," he said.

The crown prince expressed hopes that his 16-year-old son Prince Hisahito, who is second in line to the Japanese imperial throne, would study Japanese history, but did not provide an update on Mako upon her request.

The former princess moved to the United States after marrying her commoner boyfriend Kei Komuro in October last year.

Speaking about his parents former Emperor Akihito and former Empress Michiko, who were separately diagnosed this summer with heart failure and deep vein thrombosis, respectively, the crown prince said "They are both close to 90 years old, so I hope they will take good care of themselves in their daily lives."

Meanwhile, the crown prince expressed "great joy" at being able to resume visits to regional areas that had been postponed due to the coronavirus pandemic.

He cited Russia's invasion of Ukraine, the passing of Britain's Queen Elizabeth II and the 50th anniversary of Okinawa's reversion to Japan as the events that left the greatest impression on him this year.