Veteran FC Tokyo defender Yuto Nagatomo and other J-League players in Japan's World Cup squad touched down Thursday in Qatar ahead of the Nov. 20 to Dec. 18 tournament.

The 36-year-old talisman arrived in Doha along with Shonan Bellmare forward Shuto Machino, who was called up late as an injury replacement, and four other domestic league players traveling from Japan. 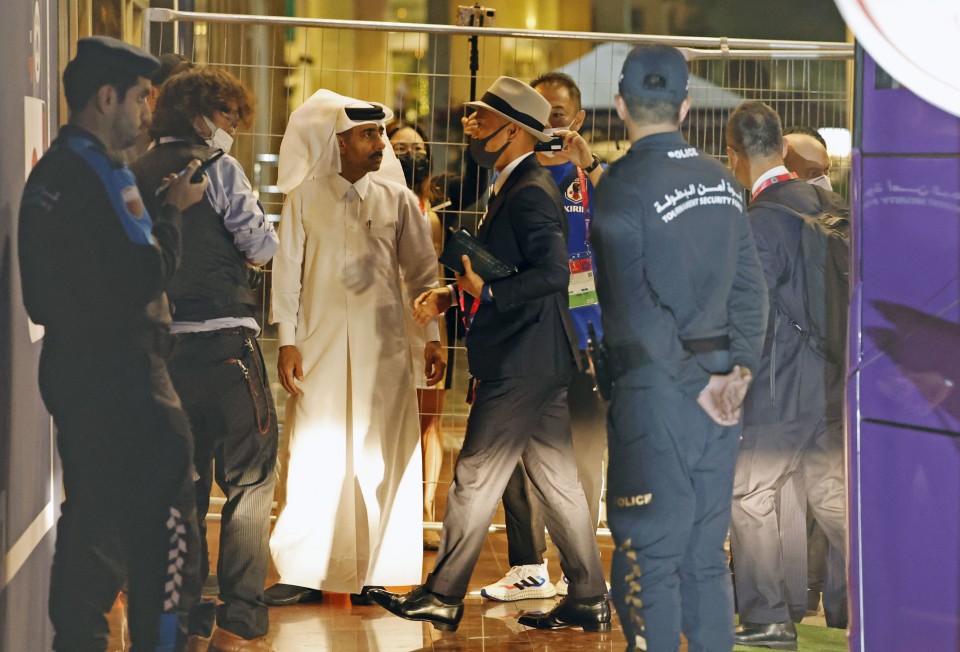 Yuto Nagatomo (C) heads to the accomodation for Japan's World Cup squad upon arrival in Doha on Nov. 10, 2022. (Kyodo)

Japan manager Hajime Moriyasu has mostly selected Europe-based players in his 26-man World Cup squad. The players already in camp will have their first practice Friday, with the full squad assembling following Sunday's final round of European league matches before the World Cup recess. 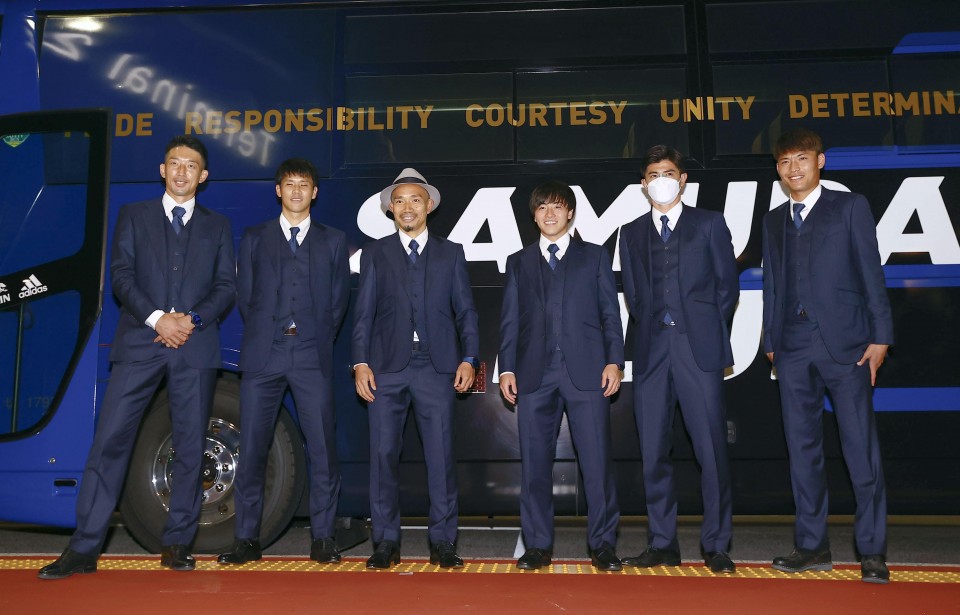 Players of the Japan national football team (from L) Shuichi Gonda, Miki Yamane, Yuto Nagatomo, Yuki Soma, Shogo Taniguchi and Shuto Machino pose for the cameras at Narita airport in Chiba Prefecture, near Tokyo, before heading to Doha for the World Cup on Nov. 9, 2022. (Kyodo) ==Kyodo

Former Inter Milan and Galatasaray man Nagatomo is in line to become Japan's first field player to appear at four World Cups when the Samurai Blue kick off their Group E campaign against four-time champions Germany on Nov. 23.

Moriyasu's men will also face Costa Rica and former holders Spain as they battle to advance from a difficult group.

The Samurai Blue will play their final warmup match before the tournament against Canada in Dubai on Nov. 17. 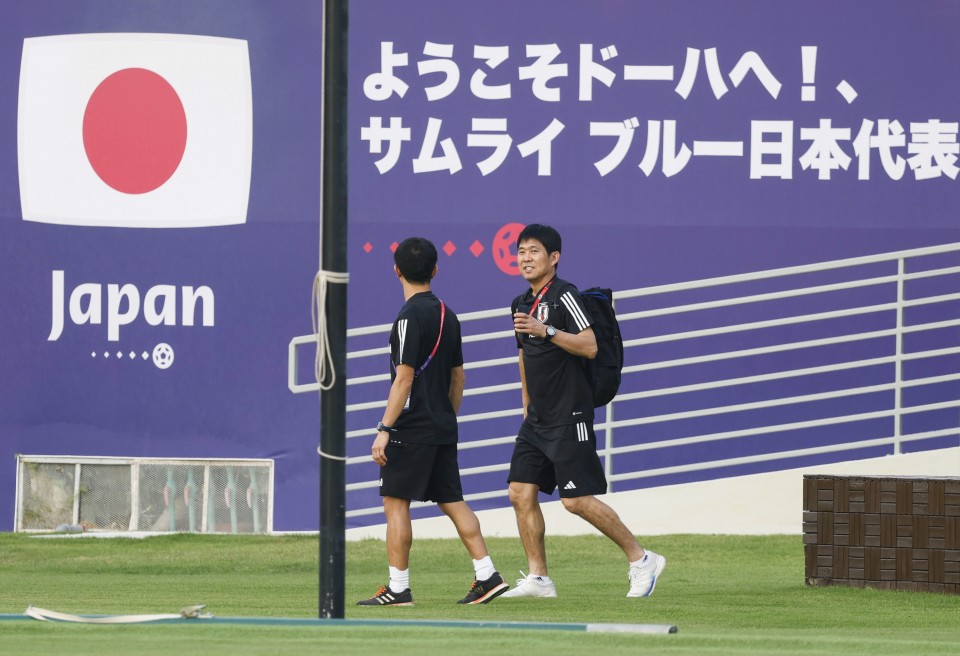 Japan football team head coach Hajime Moriyasu (R) checks the condition of the pitch at the training facility in Doha's Al Sadd Sports Club, which the Samurai Blue will use as their base camp during the World Cup, on Nov. 9, 2022. (Kyodo) ==Kyodo