The U.N. Security Council failed Monday as in previous recent efforts to take unified action over the latest test-launch of an intercontinental ballistic missile by North Korea, as the positions of most members and those of China and Russia remained far apart.

The Security Council convened an urgent meeting to address Pyongyang's launch of an ICBM last week after the Group of Seven industrial nations called on the council to take "significant measures."

But the day's session only resulted in a U.S.-led group of 14 U.N. member states, including many that hold nonpermanent seats on the Security Council, adopting a statement condemning North Korea's actions and urging a unanimous response from the council to discourage the isolated country's weapons programs. 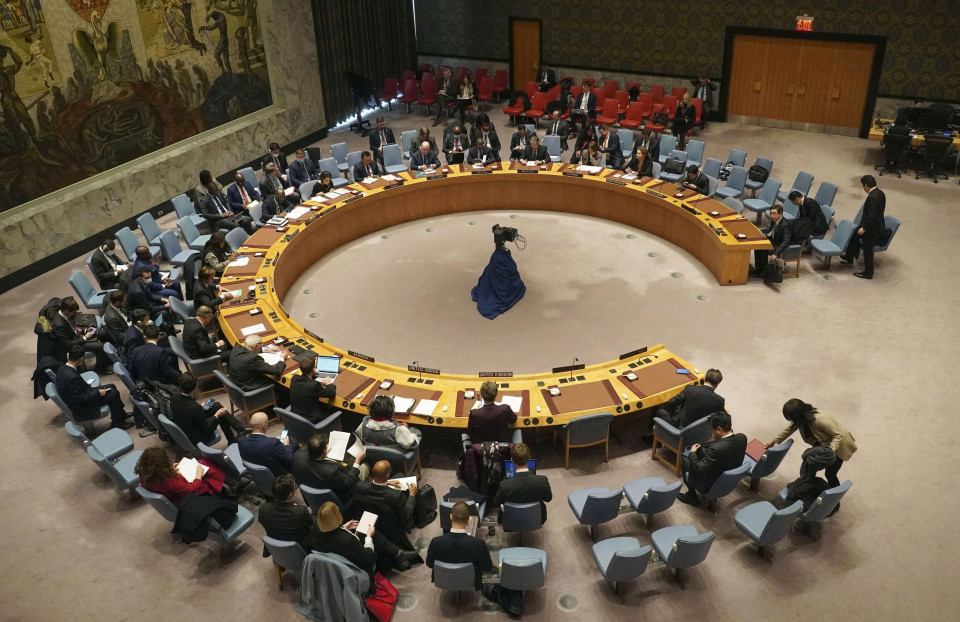 The 14 states, also including Japan, South Korea and India, "support the need for the Council to condemn the DPRK's actions with a unified voice," the statement said, referring to the acronym of North Korea's official state name, the Democratic People's Republic of Korea.

The latest Security Council session marked the 10th meeting this year to be convened in the wake of North Korea conducting a ballistic missile launch in defiance of past resolutions of the council.

But the council has yet to act as one this year to take measures such as increasing economic sanctions on Pyongyang.

"The reason is simple: two veto-wielding members of the council are enabling and emboldening the DPRK," U.S. Ambassador to the United Nations Linda Thomas-Greenfield said during the session, indirectly criticizing China and Russia.

The United States, as well as Britain and France -- the three other permanent members with veto power -- backed Monday's statement.

Zhang Jun, the top Chinese envoy to the world body, called on the United States to "respond positively to the legitimate concerns of the DPRK and turn the dialogue from a formality into a reality as soon as possible" during Monday's session.