Japan dangles threat of "decisive" steps as yen slips past 150

Japan is ready to take "decisive" steps against volatile yen movements, Finance Minister Shunichi Suzuki said Thursday shortly after the currency slid past the 150 mark to the U.S. dollar for the first time since 1990, in his strongest warning yet of intervention.

The government is monitoring developments in the foreign exchange market "meticulously" with a high sense of vigilance, Suzuki told reporters, saying that excessive and rapid yen movements driven by speculators cannot be tolerated.

"We are focused on volatility, and there is no change at all in our stance that we will take decisive steps when we see such movements," Suzuki said at the Finance Ministry. "I don't comment on specific currency levels." 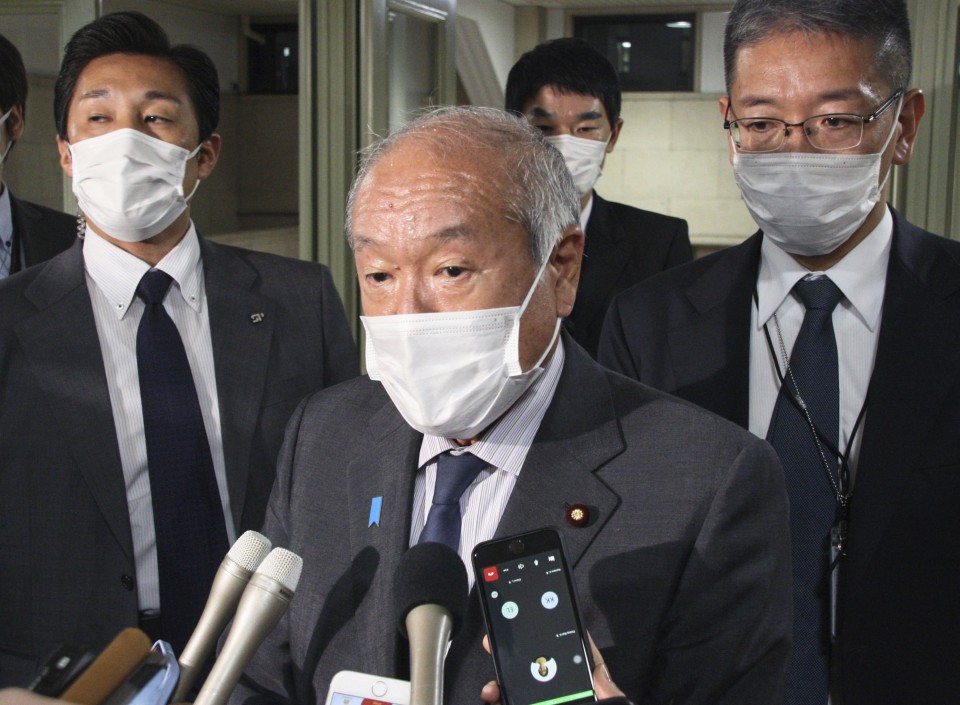 The yen was trading near the psychologically important 150 line for most of the day in Tokyo until it edged past the threshold and briefly touched 150.09 to the dollar. It was trading in the upper 149 range after Suzuki's comments.

The dollar has been gaining strength against its major counterparts as financial markets expect further monetary tightening in the United States. It has gained about 35 yen since the beginning of 2022.

Japan intervened in the market on Sept. 22, when the yen was at 145.90 to the dollar, to arrest its sharp drop in the first intervention to prop up the currency in 24 years. However, the move provided only a short respite.

It injected a record $19 billion for the yen-buying, dollar-selling operation, likely in a single day, government data has shown.

Japanese authorities have repeatedly said rapid, one-sided currency movements are undesirable, and Suzuki has warned of taking "appropriate" steps as the yen has hit 32-year lows.

The decline reflects the widening interest rate gap between Japan and the United States as the Bank of Japan remains committed to its dovish stance while the Federal Reserve is expected to raise rates further.

The recent yen depreciation has raised concern about its negative impact on the economy. It inflates import prices of energy, raw materials and food, denting consumer sentiment when wage growth remains tepid.

Russia's war in Ukraine has sent commodity prices surging, a headwind for Japan, at a time when the country's recovery from the fallout of the COVID-19 pandemic has been slower than in other advanced economies, such as the United States.

Hurt by swelling import costs, Japan reported a record trade deficit of 11.01 trillion yen ($73 billion) for the six months to September, Finance Ministry data showed Thursday. Economists expect the country will likely be in the red on an annual basis, with the weaker yen speeding up the outflow of income overseas.

"It used to be the case that rising prices and a weaker yen that boosts exports were positive for the economy. Now, accelerating inflation and the yen's depreciation are a minus," said Yuichi Kodama, chief economist at the Meiji Yasuda Research Institute.

BOJ Governor Haruhiko Kuroda has stuck to his view that the ultralow rate policy should be maintained to support the economy, whose recovery from the COVID-19 malaise lacks strength. Higher commodity prices are adding downward pressure on the resource-poor nation, he added.

Speaking in parliament on Wednesday, Kuroda said the yen's rapid, one-sided depreciation is "negative" for the economy, though the currency's weakness is beneficial as long as its rates are not volatile.

Prime Minister Fumio Kishida is seeking to ease the pain on households and businesses through a yet-to-be-compiled economic package. A senior ruling party lawmaker has said it should be some 30 trillion yen in size.