Judo's star siblings Uta and Hifumi Abe each added a third world championship to go with their Tokyo Olympic gold medals on Friday. 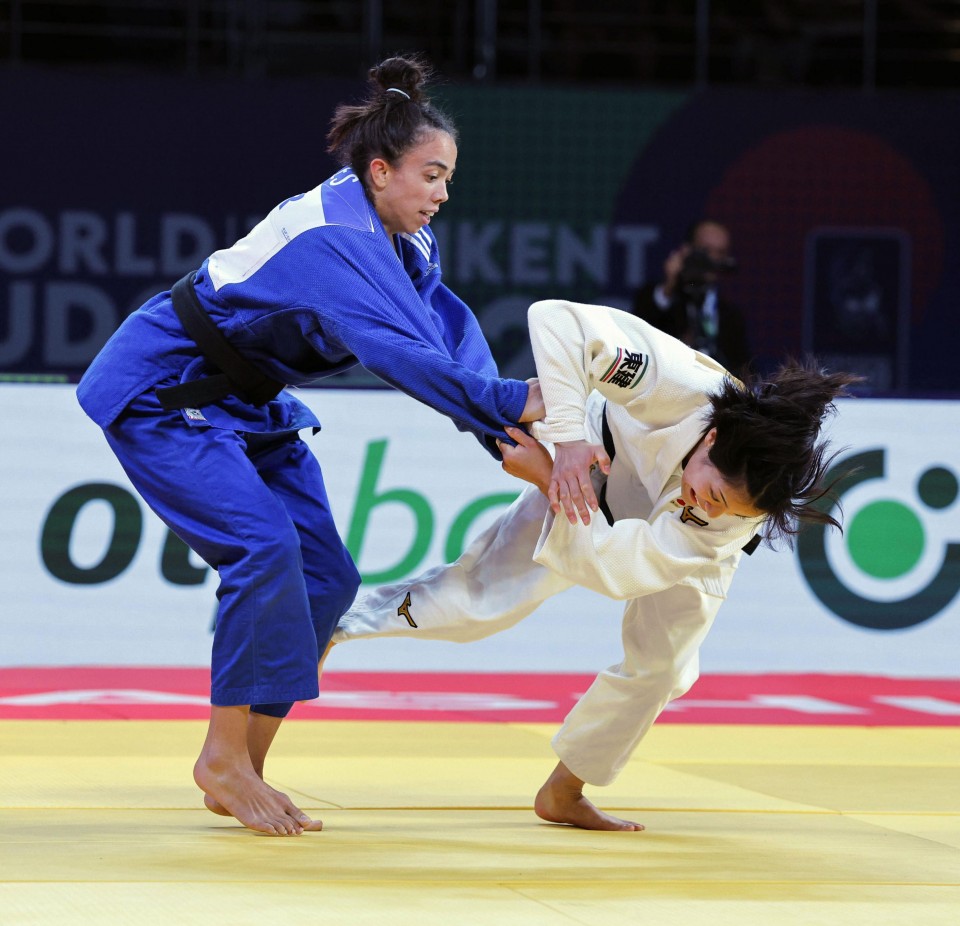 Japan's Uta Abe (R) wrestles against Chelsea Giles of Britain in the women's 52-kilogram final at the judo world championships in Tashkent on Oct. 7, 2022. Abe won the gold medal. (Kyodo)

The 22-year-old Uta advanced to the ultimate round on Day 2 of competition at the Humo Ice Dome by winning a rematch of the Tokyo Games final with France's Amandine Buchard in the semis.

She fought a strategic bout in the final against Giles, racking up an early waza-ari and neutralizing her opponent the rest of the way.

While Uta has dominated the 52-kg division, winning back-to-back world titles in 2018 and 2019, she has been hampered by a long-term shoulder issue and had surgery last fall in order to be in shape for the 2024 Paris Olympics.

"My No. 1 feeling right now is relief," Uta said. "I want to do my best to win my second (Olympics) in a row in Paris. With both siblings winning the championship today, it was the best possible result for our family."

Hifumi earned the only point of the final with a waza-ari to once again get the better of Maruyama, who he had beaten in a marathon December 2020 winner-take-all playoff to decide the final spot on the Tokyo Olympic team.

The 25-year-old Hifumi has now won three world titles, having gone back-to-back in 2017 and 2018 before losing to Maruyama in the 2019 semifinals.

"I think we've made a lot of people realize that the Abe siblings are the strongest in the world," Hifumi said. "I've gotten a step closer to Paris by winning a head-to-head battle (with Maruyama)."

The world championships run through Thursday in Uzbekistan's capital, with competitions in seven weight classes for men and women, respectively, and a mixed team event.