Japan's foreign minister said Friday he and his Chinese counterpart were unable to hold talks in New York, but that he will continue to seek dialogue as the two countries work to ease tensions over Taiwan, ahead of the 50th anniversary of the normalization of diplomatic ties next week. 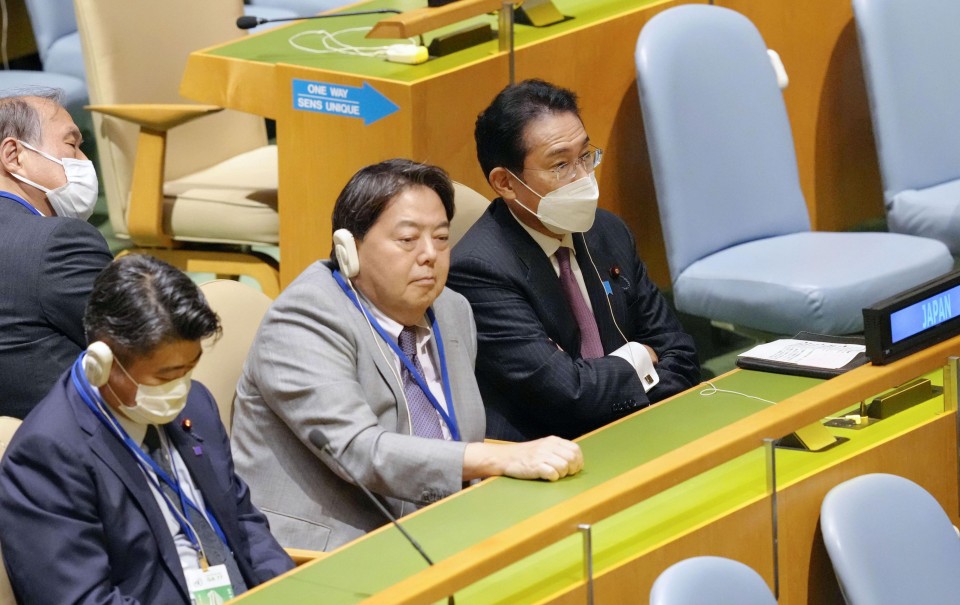 Yoshimasa Hayashi, who had expressed willingness to meet bilaterally with Wang Yi on the fringes of the U.N. General Assembly, told reporters before wrapping up his five-day trip in New York that talks did not materialize due to scheduling conflicts.

"As Japan and China mark the 50th anniversary of the normalization of diplomatic ties this year, we both need to make efforts to build a constructive and stable relationship," Hayashi said.

The last in-person foreign ministerial talks between the two East Asian neighbors were held in November 2020.

In early August, Wang abruptly canceled planned talks with Hayashi in early August in Phnom Penh, days after U.S. House of Representatives Speaker Nancy Pelosi made a trip to Taipei that angered Beijing and heightened tensions in the Taiwan Strait. 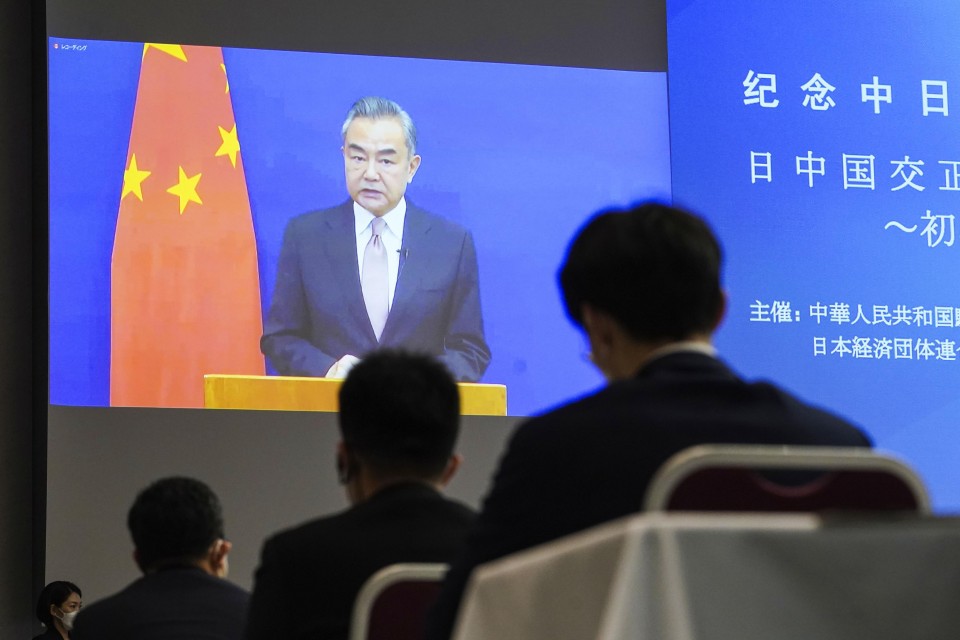 A video message by Chinese Foreign Minister Wang Yi is shown during a symposium in Tokyo on Sept. 12, 2022, marking the 50th anniversary of the normalization of diplomatic ties between Japan and China later in the month. (Kyodo) ==Kyodo

China regards the self-ruled democratic island as a breakaway province to be reunified with the mainland, by force if necessary.

Despite such tensions, Tokyo and Beijing continued efforts to accelerate dialogue, with Japan's top national security adviser and his Chinese counterpart having met in mid-August in the Chinese city of Tianjin.

Japan must not "obscure" stance on Taiwan issue: China's Wang