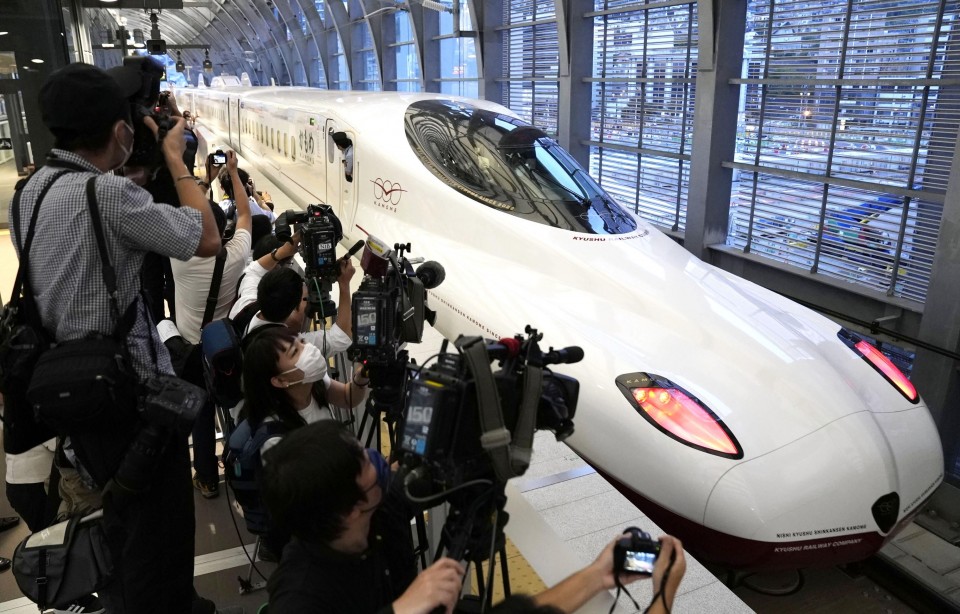 A Kamome bullet train departs JR Nagasaki Station in the southwestern Japan city of Nagasaki on Sept. 23, 2022, marking the start of its commercial services on the Nishi-Kyushu Shinkansen Line in Saga and Nagasaki prefectures. (Kyodo) ==Kyodo

TOKYO/SEOUL - North Korea on Sunday fired a short-range ballistic missile toward the Sea of Japan, according to Japanese and South Korean authorities, two days after a U.S. aircraft carrier arrived in South Korea for joint drills.

The amount compares with the 27.47 trillion yen in total specified as defense costs for five years through fiscal 2023 in the country's Medium Term Defense Program.

TOKYO - Komeito, the junior coalition partner of Japan's ruling Liberal Democratic Party, on Sunday endorsed an eighth term for its leader Natsuo Yamaguchi ahead of a spate of local assembly elections next spring.

After formally being approved at the party's convention in Tokyo, Yamaguchi, 70, said Komeito "will do (its) utmost to support the Kishida administration."

Mazda in talks to end car production in Russia

TOKYO - Mazda Motor Corp. is discussing ending production of its cars in Russia with a joint venture as the country's protracted invasion of Ukraine has caused supply chain disruptions and made it difficult for the Japanese automaker to resume operations, a corporate source said Sunday.

NEW YORK - The first meeting in over two years between Japanese and South Korean leaders last week could be a harbinger of improving ties and a critical step toward cooperation in addressing the issues of North Korea's missile tests and nuclear aspirations.