Prime Minister Fumio Kishida on Monday recommitted to taking the necessary steps to relocate a key U.S. base within Okinawa despite vocal opponent Denny Tamaki a day earlier winning a second term as governor of Japan's southernmost prefecture.

Kishida has expressed readiness to gain an understanding from local people of the importance of relocating the transfer of U.S. Marine Corps Air Station Futenma, a senior ruling party lawmaker, who held talks with the premier, told reporters. 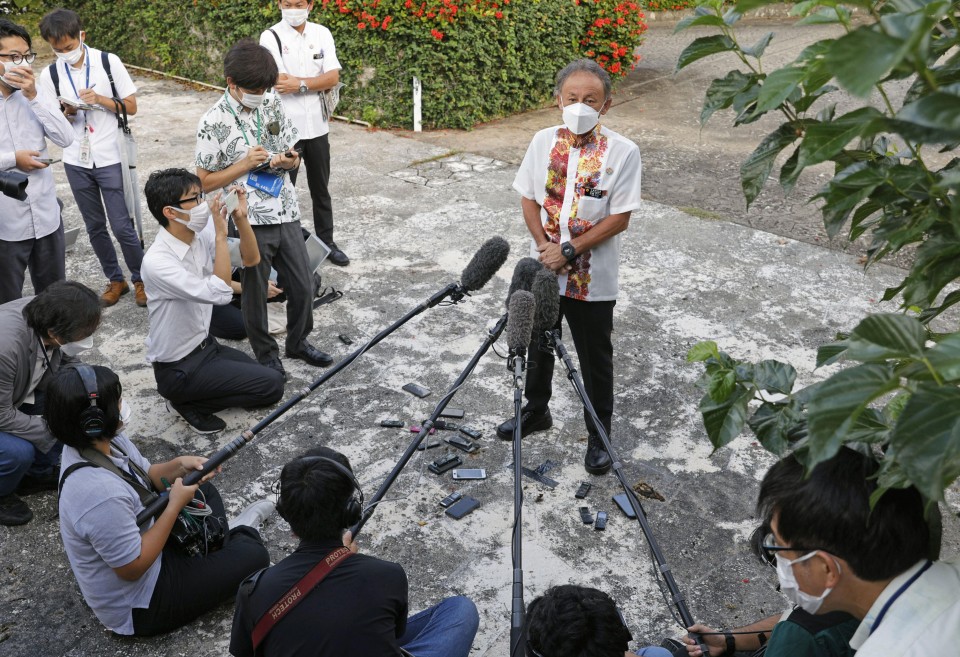 Okinawa Gov. Denny Tamaki (C) speaks to reporters in Naha on Sept. 12, 2022, a day after winning a second four-year-term in the prefecture's gubernatorial election. (Kyodo)

Liberal Democratic Party election chief Hiroshi Moriyama also quoted Kishida as saying his government will continue to move ahead with the relocation plan -- an agreement made by Tokyo and Washington in 1996.

Earlier in the day, Tamaki reiterated his campaign pledge to stop the construction of a new U.S. military facility in Okinawa, underscoring the deep rift between the central government and the prefecture over the plan.

Chief Cabinet Secretary Hirokazu Matsuno told a press conference that the relocation plan is the "only solution" to alleviate the burden on Okinawa, which hosts the bulk of U.S. bases in Japan, adding the central government will not budge on its position.

Opposition-backed Tamaki, meanwhile, told reporters a day after winning his second four-year term, "It is an undeniable fact that I was elected by the people who oppose" the relocation plan, meaning the "Okinawans' true feelings have not changed."

Tamaki scored more than half of the votes cast in Sunday's gubernatorial election, beating rival former Ginowan Mayor Atsushi Sakima, who was supported by the ruling coalition of Kishida's LDP and its junior partner Komeito.

Sakima ran on a platform of going ahead with relocating U.S. Marine Corps Air Station Futenma from the densely populated area within the city of Ginowan to the Henoko coastal area of Nago.

The central government has long claimed the transfer plan can both ensure deterrence under the long-standing Japan-U.S. security alliance, considered particularly vital amid China's rise, while removing the dangers posed by the Futenma base.

Tamaki has long said Okinawa bears an unreasonable burden by hosting around 70 percent of all U.S. military facilities in Japan. The prefecture was returned to Japan from U.S. control half a century ago. 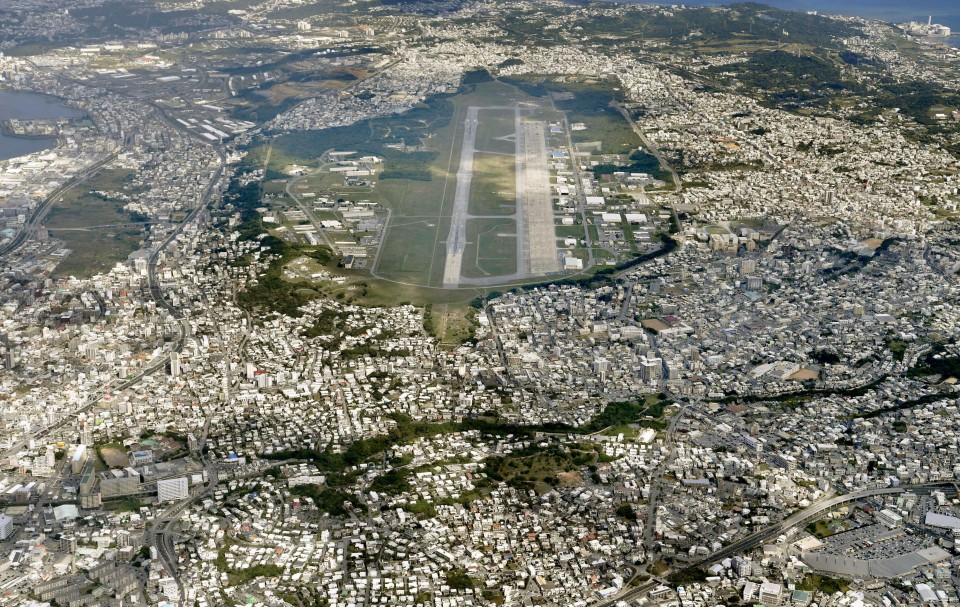