Okinawa on Sunday marked 50 years since its reversion from U.S. rule. The following are questions and answers about Japan's southern island prefecture.

Q: What happened to Okinawa after World War II?

A: Japan came under Allied occupation following its defeat in 1945. The country restored its independence on April 28, 1952, as the San Francisco Peace Treaty took effect. But Okinawa was kept under U.S. rule along with the Amami Islands to the north and Ogasawara Islands in the Pacific.

Okinawans needed passports to travel to the rest of Japan. Under U.S. rule, the dollar was used as the currency and vehicles had to drive on the right side of the road, the opposite side to Japan. 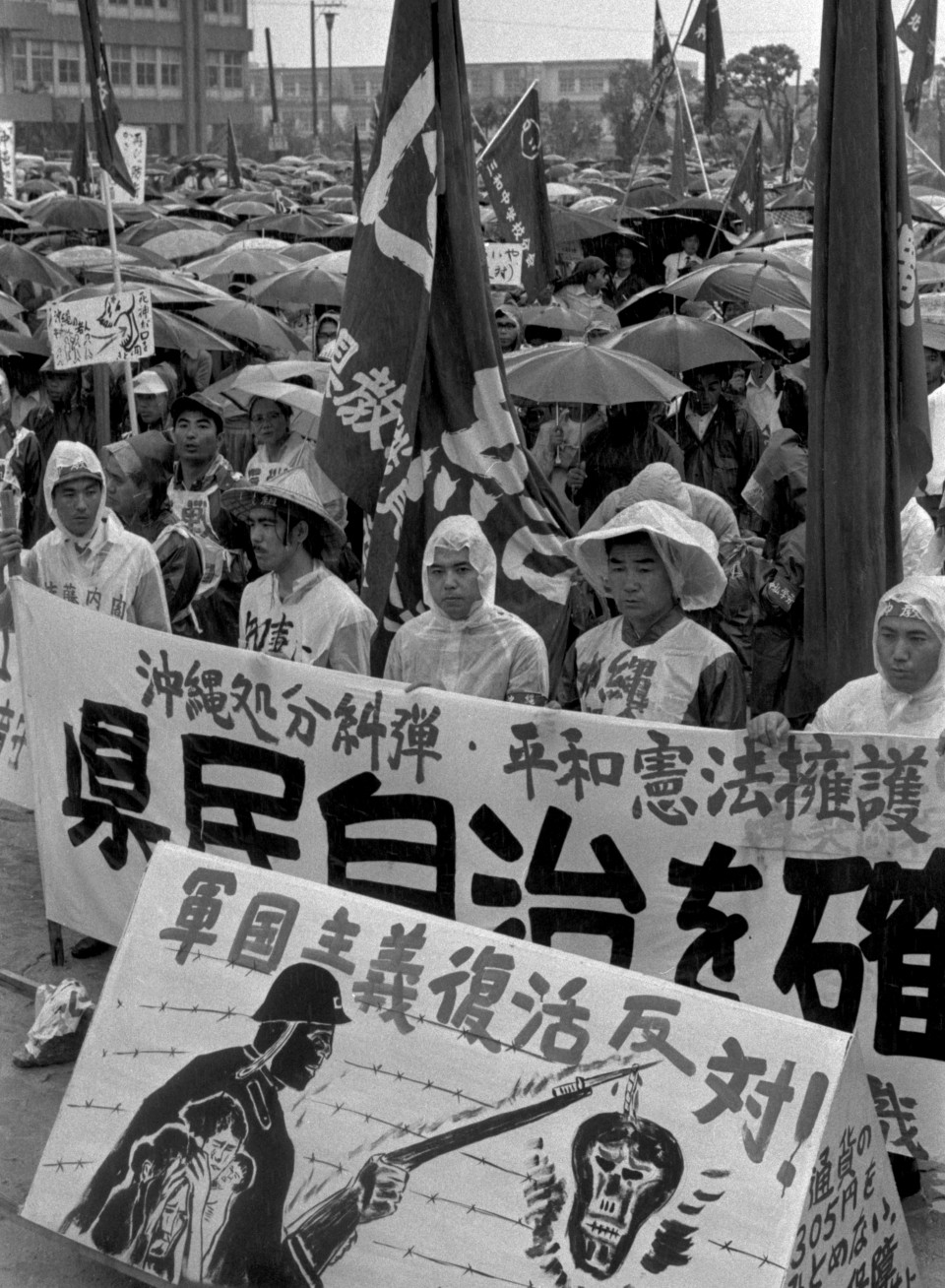 People call for peace and autonomy at a rally in Naha, Okinawa Prefecture, on May 15, 1972, when the United States returned Okinawa to Japanese sovereignty. Japan's southern island prefecture marked the 47th anniversary of its reversion to the country on May 15, 2019. (Kyodo) ==Kyodo

Q: Why does Okinawa host many U.S. military bases?

A: In postwar years, the U.S. military expropriated many pieces of land in Okinawa and expanded its bases as Okinawa was regarded as strategically important owing to its relative proximity to China and the Korean Peninsula.

While some land has since been returned, Okinawa remains home to some 70 percent of the total acreage exclusively used by U.S. military installations in Japan, despite accounting for only 0.6 percent of the country's total land area.

Marine Corps Air Station Futenma is located in a crowded residential area in Ginowan with schools located nearby. Some people call the airfield "the world's most dangerous U.S. military base." Japan and the United States agreed in 1996 to return the land to Japanese control, but the promise remains unfulfilled as the controversial project to build a replacement facility in a coastal area of Nago in Okinawa has run into several issues.

Q: How have the bases affected Okinawan people's lives?

A: Okinawa has seen a number of accidents and crimes involving U.S. troops over the years, the most notorious ones in recent memory being a military helicopter crash on a university campus in 2004 and the gang rape of a local elementary schoolgirl in 1995. Cases of environmental pollution have also been reported, including tainted drinking water near bases.

Q: What legal constraints do Japanese authorities experience when a crime is allegedly committed by an American serviceperson?

A: Japanese authorities face limitations in exercising their investigative power because of a Status of Forces Agreement between the two countries that give greater authority to U.S. forces.

For instance, in a crime allegedly committed by off-duty U.S. military personnel, if the U.S. side detains the suspect before the Japanese side does, they will in principle remain in U.S. custody until they are indicted by the Japanese side. The arrangement greatly affects both the pace and substance of investigations.

Q: Does Okinawa's economy depend on the bases?

A: The local economy has been less dependent on bases as income from base redevelopment projects and tourism has increased over the years. Base-related income, such as salaries earned by base workers, accounted for 5.1 percent of Okinawa residents' total income in fiscal 2018, down from 15.5 percent in fiscal 1972.

Q: How is the prefecture's economy faring?

A: Okinawa's per capita income is only about 70 percent of the national average. Under U.S. rule, Okinawa saw slow infrastructure development, compared with the rest of Japan.

With the prefecture made up of numerous remote islands, manufacturing has been difficult to develop as an industry. While Okinawa is often seen as prospering thanks to tourism, its susceptibility to the vagaries of the economy remains a structural problem. 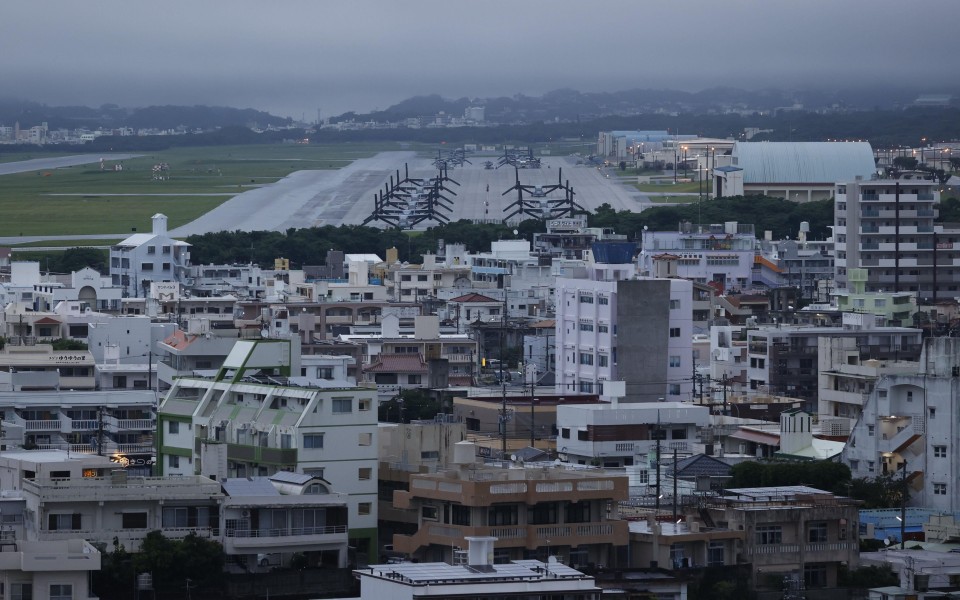