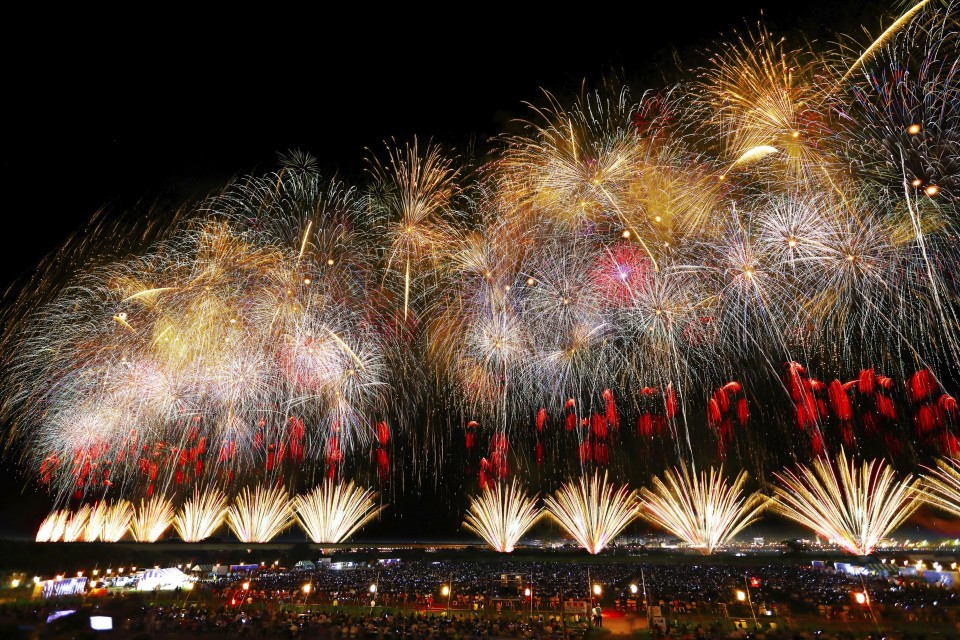 A traditional art form, their general use began in the Edo period (1603-1868). However, records show they were seen by public figures even earlier including Tokugawa shogunate founder Tokugawa Ieyasu (1543-1616).

Fireworks are broadly split into two categories, the launching types typically seen at shows, and children's fireworks such as sparklers. 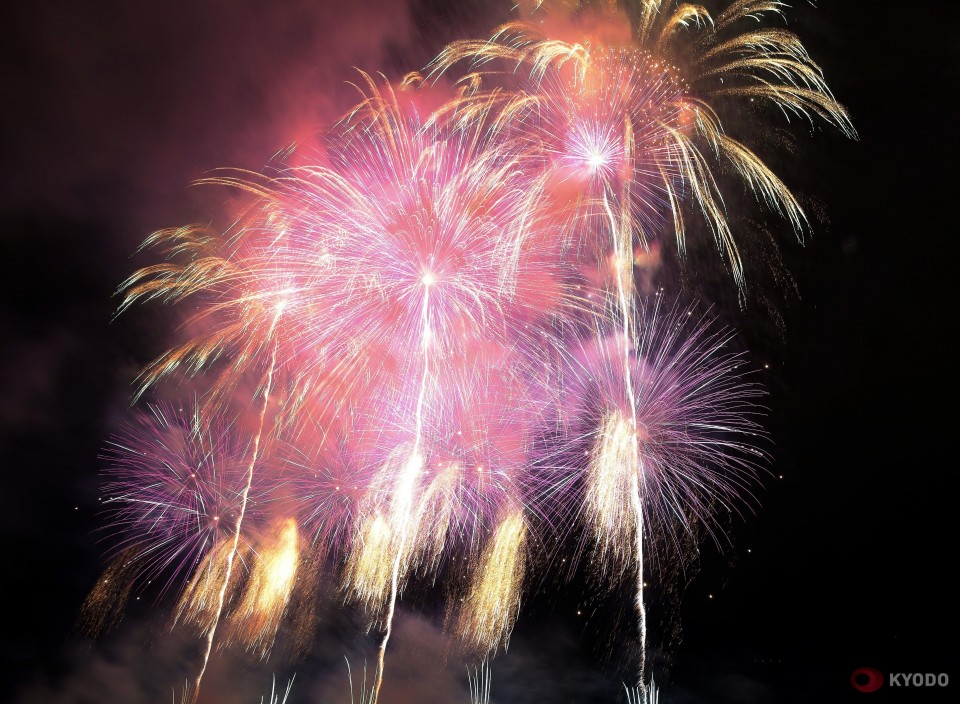 Fireworks light up the night sky in Nagaoka, Niigata Prefecture, on Aug. 2, 2022, as one of the three largest fireworks festivals in Japan resumes following a two-year hiatus due to the COVID-19 pandemic. (Kyodo) ==Kyodo

Domestic production of the latter has fallen since the 1960s due to safety concerns over accidents and cost-cutting shifts to manufacturing in China, according to Kensaku Nose, senior director at the International Cooperation of Children's Fireworks.

The shift to China and normalization of relations with the country in 1972 meant that in recent years, some 90 percent of children's fireworks purchased in Japan were made in China.

But factors including tougher regulations in response to accidents at factories and soaring raw materials costs have seen imports from China fall to a third of their 1997 peak, when fireworks worth some $28 million came to Japan. The falling child population has also shrunk the domestic market.

While the industry had expected the downturn to keep going, local manufacturers and wholesalers have been feeling positive off the back of increased demand from families staying home amid the pandemic. 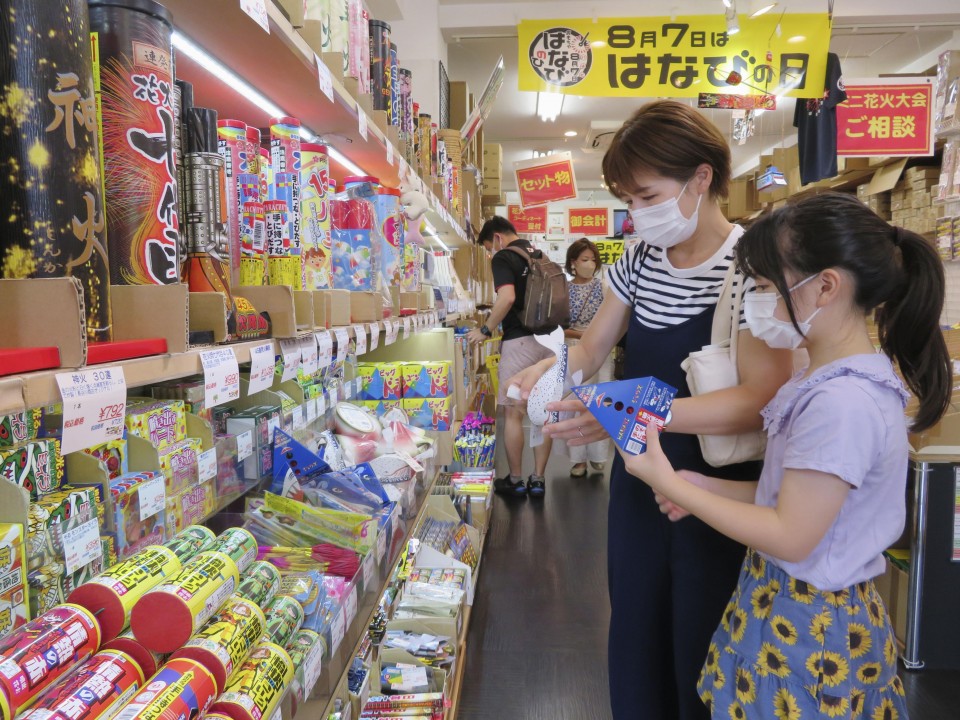 A mother and daughter shop for domestic-use fireworks in Tokyo in July 2022. (Kyodo)

"It's ironic, but I hope that being at home gives people a chance to discover the appeal of fireworks," Nose said.

Fireworks displays were inextricably linked to Japan's summer festivals, but many have been canceled since 2020 over concerns of people gathering closely in the same space.

This year, however, has seen events go ahead with infection prevention measures in prefectures including Hokkaido, Akita, Niigata and Shizuoka.

Some organizers are even eschewing the traditional summer timeframe to hold pyrotechnics events in the spring or fall, a move welcomed by Haruyuki Kono from the Japan Pyrotechnics Association.

"I hope that in future we can cement the idea of fireworks as year-round events," he said.