The sails of the Sydney Opera House were illuminated with a vibrant display of Australia's First Nations culture on Friday, as the city welcomed the return of the Vivid Sydney light festival for the first time since 2019.

The animated artwork was projected onto the World Heritage-listed building, in a collaboration between Indigenous Australian artists and creative technology experts that brings to life the local community and landscape of the West Australia-based Martumili Artists. 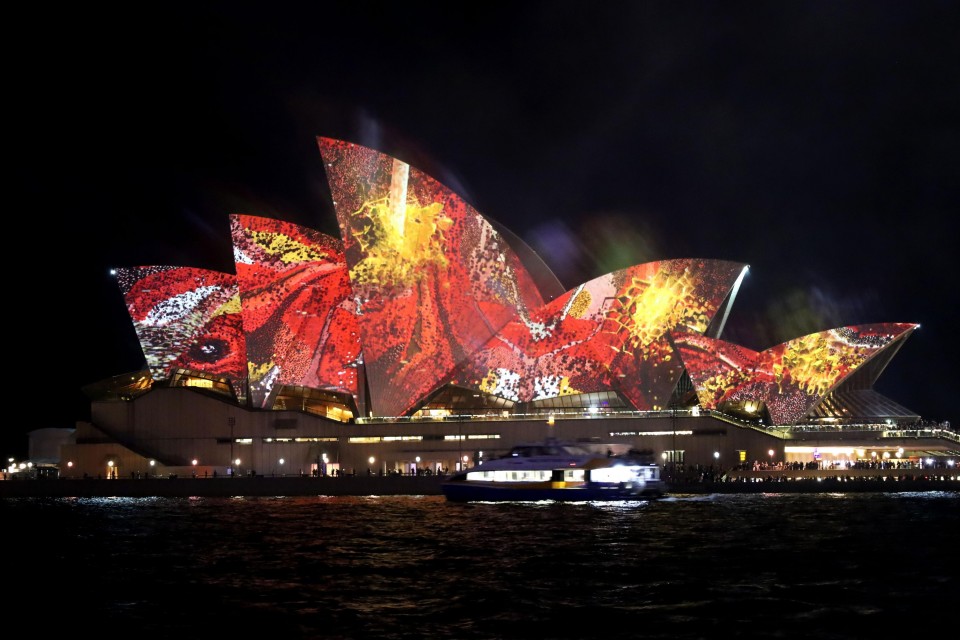 Photo shows a digital artwork projected onto the sails of the Sydney Opera House as part of the Vivid Sydney light festival on May 27, 2022. (Kyodo)

After being canceled for two years in a row due to the COVID-19 pandemic, the major Southern Hemisphere light festival returned with an expanded lineup of more than 200 events and artworks, including 50 light installations and projection artworks forming an 8-kilometer "Light Walk" across the city, the longest in the event's history.

"Vivid Sydney provides Sydneysiders and visitors the chance to enjoy and celebrate the city through a sensory symphony of 3D-light projections, exhilarating live music performances and discussions from the world's brightest minds," said Stuart Ayres, minister for enterprise and tourism in the state of New South Wales. 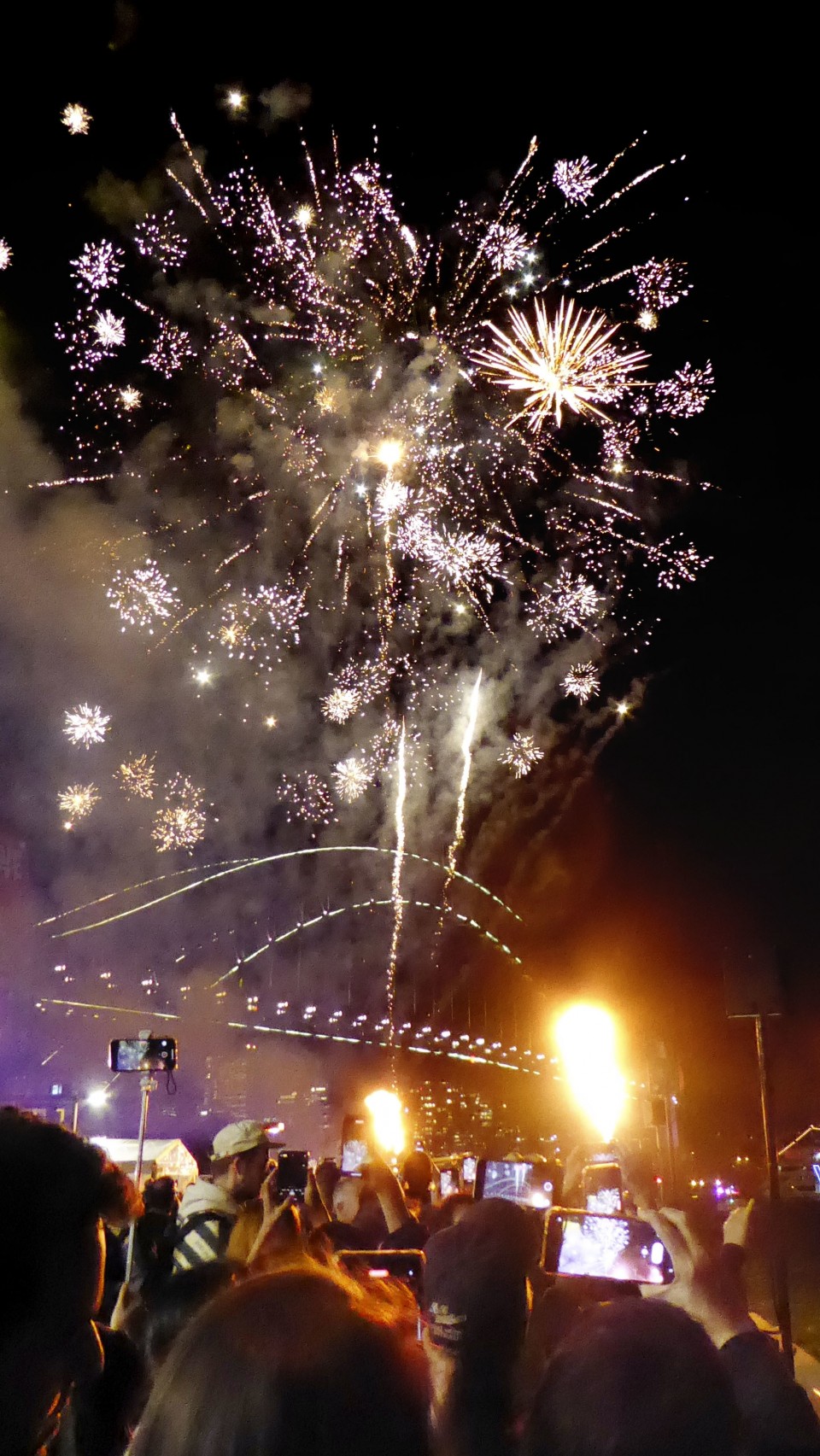 Photo shows the Sydney Harbor Bridge lit by fireworks as part of the Vivid Sydney light festival on May 27, 2022. (Kyodo)

When it was last held in 2019, the festival attracted a record 2.4 million visitors and injected AU$172 million ($122 million) into the New South Wales economy.

Australia's border is currently open to all fully vaccinated travelers, with much of the strict pandemic border controls having been relaxed in February.

Australia to lift entry ban on cruise ships after 2 years