North Korea fired two cruise missiles toward the Yellow Sea the same day, a South Korean military official said, after U.S. and South Korean troops on Tuesday began a preliminary drill ahead of their annual exercises from next Monday. 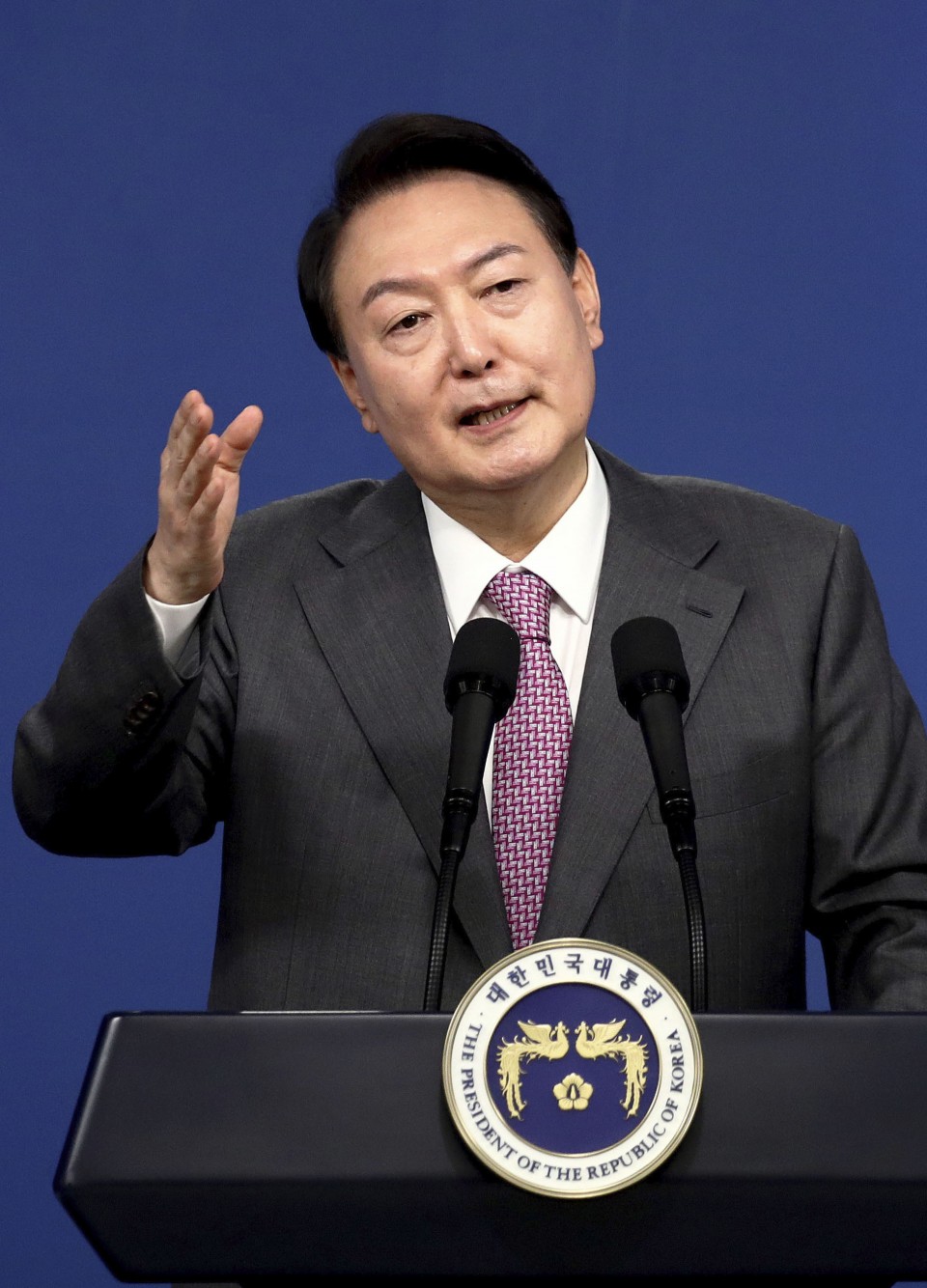 Marking 100 days after taking office, President Yoon told a press conference that South Korea cannot guarantee regime security in the North as hoped by Pyongyang. But he also said Seoul never wants "the status quo changed unreasonably or by force in North Korea."

Yoon, who earlier offered to help rebuild North Korea's economy, also said that "as long as they demonstrate firm commitment (to denuclearization), we will do what we can do to help them."

As for potential dialogue with the North, Yoon again emphasized the need for it.

But he said any talks between the leaders of the two Koreas or negotiations between their key officials "should not be a political show," and that such talks must be helpful in establishing peace on the Korean Peninsula.

The South Korean military detected the missiles fired from the Onchon area of South Pyongan Province in the morning, the official said.

The last North Korean cruise missile launch was detected in January. There has been no confirmation of a ballistic missile launch from the North since early June.

Cruise missiles can travel at a low altitude, making them difficult to detect and potentially troublesome for the South and Japan.