South Korean President Yoon Suk Yeol said Wednesday that his country and Japan can solve issues stemming from Japan's colonial rule of the Korean Peninsula through "concession and understanding."

Yoon's remarks come amid speculation that South Korea's top court may soon, possibly within days, finalize a court decision ordering the liquidation of Japanese corporate assets sought by plaintiffs who have won damages in wartime labor cases, a move that is feared will rupture bilateral ties.

The president told a news conference marking 100 days since his inauguration that he believes the two countries "will be able to solve" historical issues "in an amicable manner through concession and understanding." 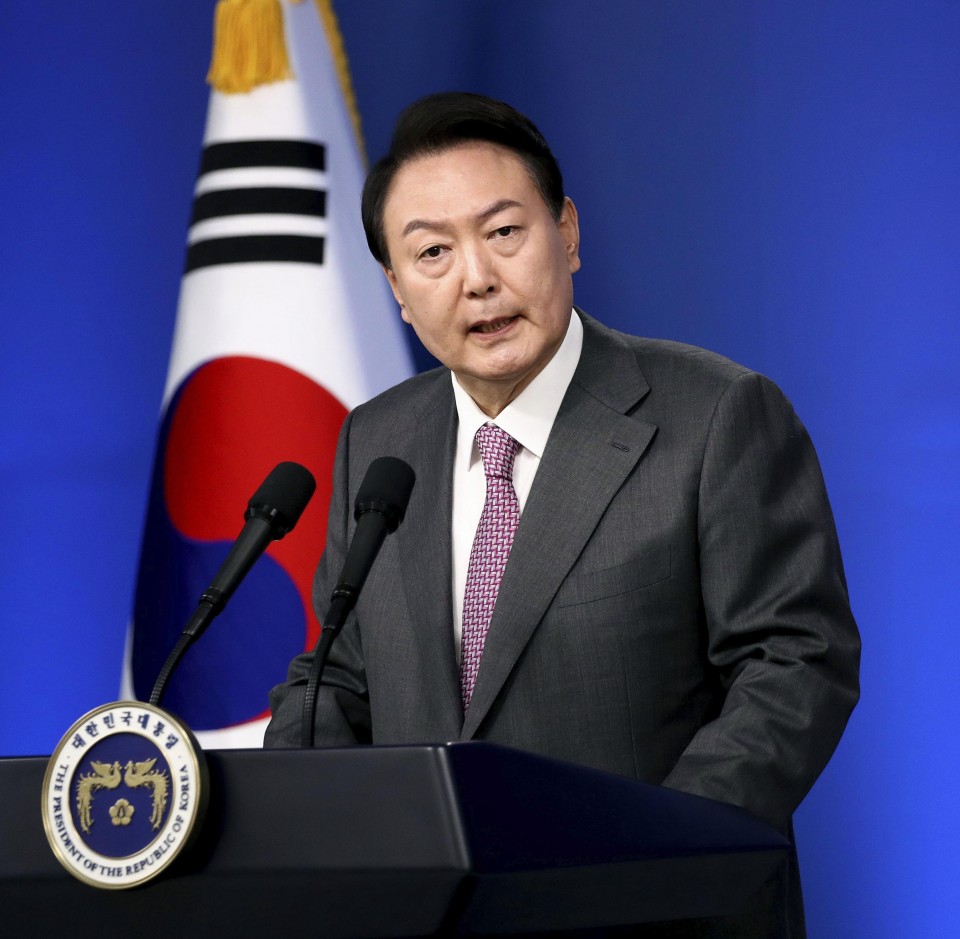 Yoon also signaled his administration's readiness to heed concerns on the Japanese side about the envisioned asset sell-off, saying that Seoul is considering ways to compensate plaintiffs "without clashing with the issue of sovereignty Japan is worried about."

The president took credit for "rapidly restoring and developing" South Korea's relationship with Japan, which he said had sunk to its "historically worst" level under the administration of his predecessor Moon Jae In as wartime labor and other issues cast a shadow over it.

Yoon reiterated his administration's policy of solving issues stemming from Japan's colonial rule in a "future-oriented manner" on the basis of universal values.

South Korea's Supreme Court in 2018 ruled that groups of South Koreans were forced to work in Japan during its 1910-1945 colonial rule of the peninsula, ordering two Japanese companies to pay damages.

The companies did not comply with the compensation order, however, as the Japanese government takes the position that all claims stemming from its colonial rule, including compensation for requisitioned Koreans, were settled "completely and finally" under a bilateral agreement signed in 1965.

The plaintiffs then had part of the companies' assets in South Korea seized through the courts to be sold off, prompting Tokyo to warn of serious consequences for the bilateral relationship should that happen.

The Yoon administration, which was launched in May, set up a public-private consultative body for officials and experts last month to seek ways to avoid the asset liquidation.

The Foreign Ministry filed an opinion with the Supreme Court the same month in which it described the administration's "various efforts" at solving the issue, in the hope that the top court would delay finalizing the liquidation order.

It remains unclear whether the ministry's endeavors will bear fruit as the plaintiffs' side and their supporters have criticized the administration's purported effort to delay a top court move on the liquidation order.

Yoon's popularity has already suffered a sharp fall over personnel decisions that have drawn accusations of favoritism as well as infighting within the ruling People Power Party. A recent public opinion survey showed just 25 percent of South Koreans support the president, against 66 percent who do not.

Yoon told Wednesday's news conference that he will accept the public's opinion of him and work to analyze the "various issues that have been pointed out."