Two people died and seven others were injured after a bus overturned and caught fire on an expressway in Nagoya in central Japan on Monday, local authorities said.

The bus is believed to have hit a concrete divider as it was going to exit the Nagoya Expressway, with a passenger car also colliding into it, at around 10:15 a.m. near the Toyoyama-Minami interchange.

The bus was en route from central Nagaya to Nagoya Airport in the town of Toyoyama, Aichi Prefecture, its operator said, reversing its earlier explanation that the bus was going the opposite way. 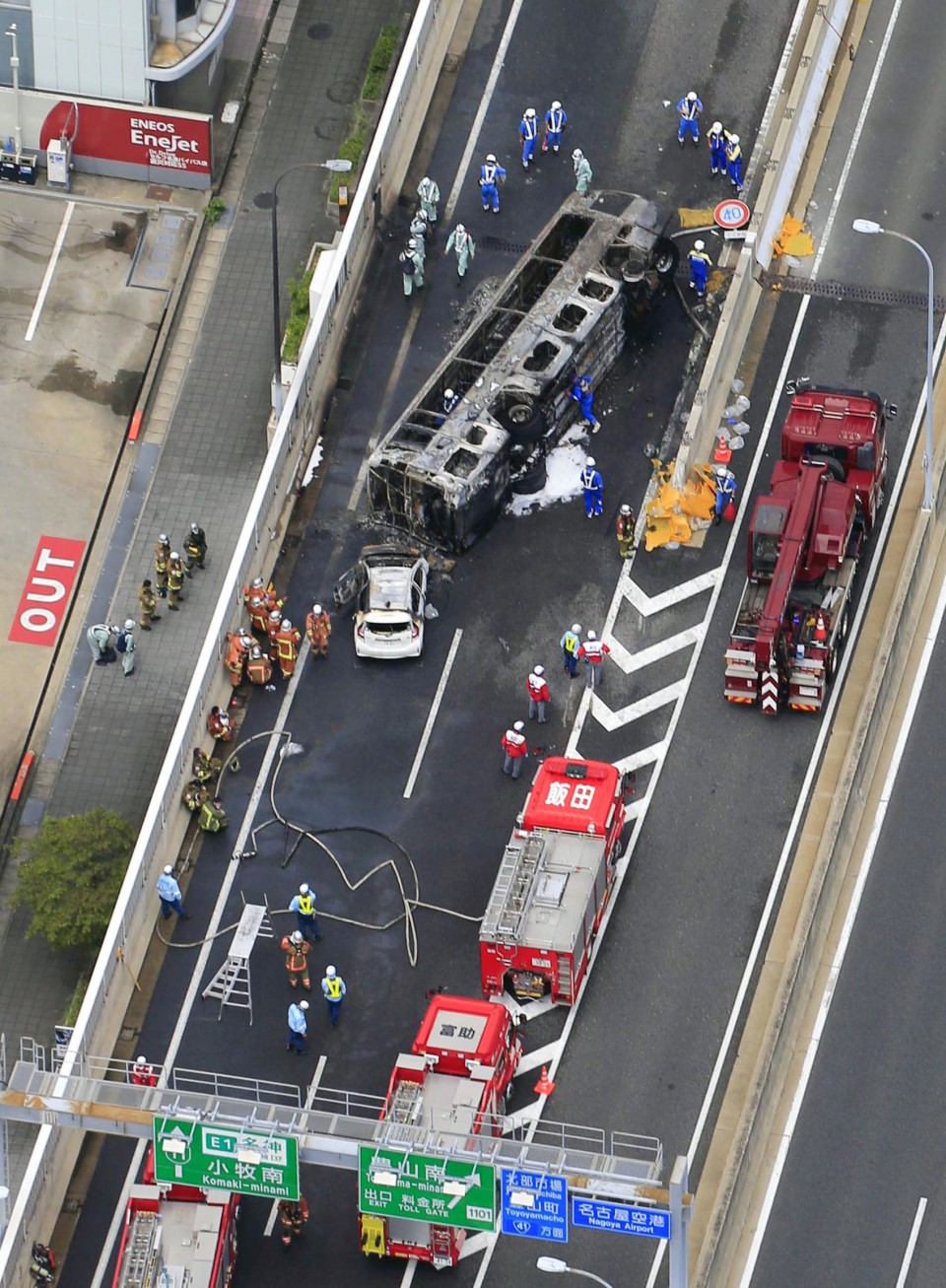 Photo taken from a Kyodo News helicopter shows a bus that overturned and caught fire near the Toyoyama-Minami interchange on the Nagoya Expressway in central Japan on Aug. 22, 2022. (Kyodo)

The operator, meanwhile, said it has been still unable to get in touch with the bus's driver, a 55-year-old man, with the police trying to confirm whether he is one of the dead.

The driver had arrived for work at 4:30 a.m. on Monday, the operator said, adding that he had no pre-exisiting conditions and no abnormalities were detected in an alcohol test carried out prior to the incident.

The seven people hurt, all of them men, suffered non-life-threatening injuries, the police said.

An official of the transport ministry's regional bureau in Nagoya said it plans to conduct a special inspection on the bus operator in Komaki, Aichi.

Witnesses said they heard the sound of explosions after the accident. Footage on public broadcaster NHK showed black smoke billowing from the burning bus on the elevated expressway.