Japan's communications ministry on Wednesday issued an administrative order to KDDI Corp. demanding the company do more to prevent another network outage on the scale of the one that affected at least 30.91 million people last month.

Communications minister Yasushi Kaneko the same day revealed a plan to launch a study panel with an eye to allowing telecom companies to access each other's networks at the time of an emergency, a practice commonly called roaming. The ministry plans to decide on the basic direction of the reform by the end of the year. 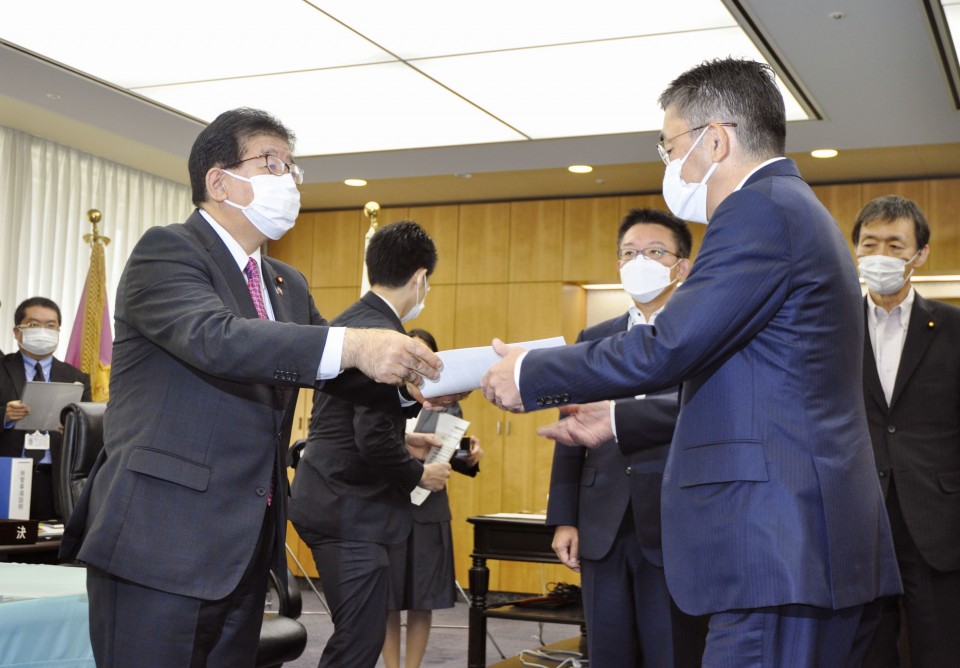 Kaneko handed a physical copy of the administrative order to KDDI President Makoto Takahashi while meeting him at the ministry.

"We will do our utmost to prevent a recurrence and bring the occurrence of disruptions to near zero," Takahashi told reporters after the meeting.

The outage began at 1:35 a.m. on July 2 and lasted until 3 p.m. on July 4, a total of 61 hours and 25 minutes, according to an incident report the company submitted to the ministry.

Japan's second-largest mobile carrier by subscribers said Friday it will pay damages to 36.55 million customers, including those contracted to its group company, as a form of "apology," saying it will reduce individual bills by 200 yen ($1.50).

Total damages are expected to reach over 7 billion yen, it said.